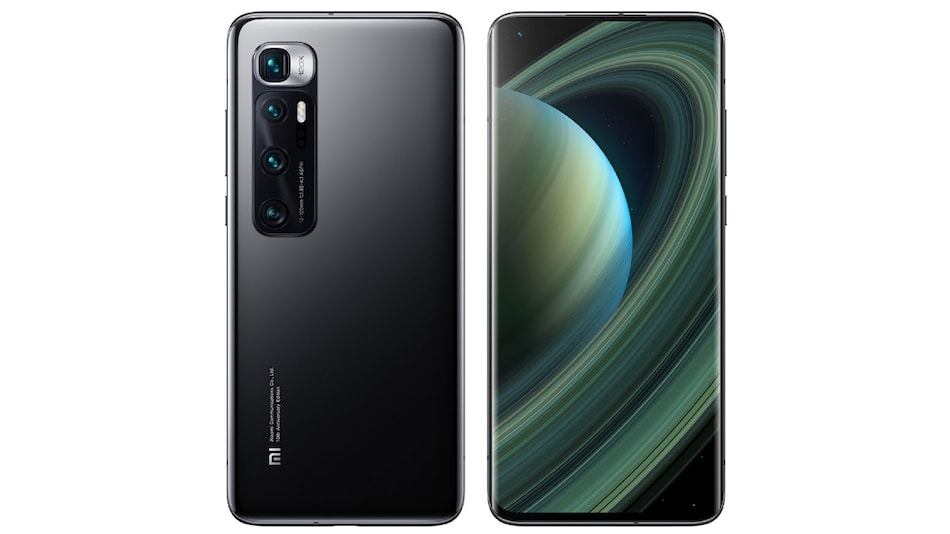 Mi 10 Ultra is the latest smartphone to join Xiaomi's Mi 10 lineup. The company unveiled the phone at a virtual event today to mark its 10th anniversary. The imaging capabilities are the smartphone's one of the highlights that will join Mi 10, Mi 10 Pro, and Mi 10 Lite in the company's portfolio. While the Mi 10 and Mi 10 Pro were unveiled back in February this year, the Mi 10 Lite debuted in March. Xiaomi also released the Mi 10 in India in May; however, the other two phones are yet to get an India release.

Mi 10 Ultra runs on MIUI 12, based on Android 10, and features a 6.67-inch full-HD+ OLED display with 120Hz refresh rate. It is powered by octa-core Qualcomm Snapdragon 865 SoC, paired with up to 16GB LPDDR 5 RAM. There is also up to 512GB UFS 3.1 storage onboard. According to Xiaomi, Mi 10 Ultra comes with VC liquid cooling, multi-layer graphite, thermal sensor array, and Graphene for effective temperature management of the phone. This will also enable the phone to not get too hot while playing intensive games.

On the imaging front, Mi 10 Ultra comes with a quad rear camera setup that houses a 48-megapixel main camera that includes a custom-manufactured image sensor. The other three rear cameras include a 20-megapixel ultra-wide-angle shooter, a 12-megapixel portrait camera, and a telephoto shooter, which has a Sony IMX586 image sensor, with support for 120x ultra-zoom that is likely company speak for hybrid zoom that essentially combined optical zoom and digital zoom to offer this insane zoom capability. Additionally, there is laser auto-focus and flicker sensor. The camera setup also has optical image stabilisation (OIS). The phone will be able to record 8K videos from the primary and telephoto shooters. On the front, the phone houses a 20-megapixel selfie shooter.

Additionally, Xiaomi has included Wi-Fi 6, Bluetooth, NFC, and the usual set of connectivity options in the phone. The phone packs 4,500mAh battery that support 120W wired fast charging that will take just 23 minutes to fully charge the battery. Additionally, the phone also supports 50W wireless fast charging, enabling full charge in just 40 minutes. To make sure the consumers have a compatible charger, the company is also launching a 55W wireless charging stand that supports EPP specification. The charger will retail at CNY 199 (roughly Rs. 2,100). Further, the phone will also support reverse wireless charging at up to 10W.

Other features of the phone include an in-display fingerprint sensor, dual stereo speakers, and USB Type-C. Moreover, it received 130 scores for audio and image quality by DxOMark.