Mi 11 Ultra Uses Mi Smart Band 5 Display as Its Secondary Screen at the Back: Report 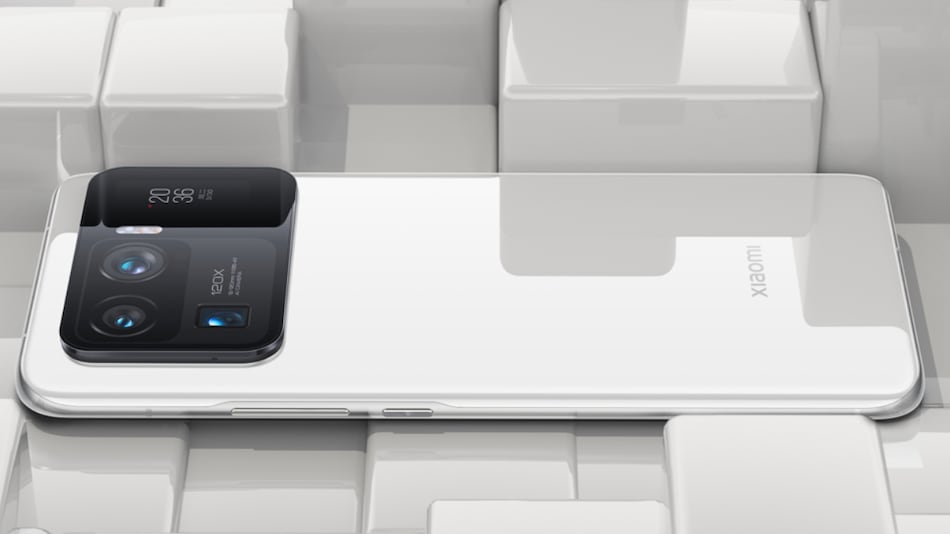 Mi 11 Ultra is powered by a Qualcomm Snapdraon 888 SoC

Mi 11 Ultra uses the screen of the Mi Smart Band 5 for its secondary display on the back of the smartphone, Xiaomi CEO Lei Jun reportedly revealed in an interview. The Mi 11 Ultra was unveiled in China last month and is all set to be launched in the Indian market on April 23. The most interesting feature of the premium smartphone is a secondary, always-on display at the back that shows time and date and notifications, but also doubles up as a viewfinder for the phone's rear cameras.

Repurposing the Mi Band 5 display should have helped Xiaomi in cutting down production and research costs for the Mi 11 Ultra.

Ahead of its April 23 launch in India, the Mi 11 Ultra was tipped to have an initial price tag of over Rs. 70,000. If true, this will be the most expensive Xiaomi phone launched in the country since its arrival in July 2014. Xiaomi has offered features like a 50-megapixel Samsung GN2 primary camera sensor, 2K AMOLED display, secondary display at the back, and Qualcomm's Snapdragon 888 SoC on the Mi 11 Ultra to make it a compelling flagship.

Oppo, Vivo Tipped to Have Foldable Phones With Inward-Folding Design in the Works