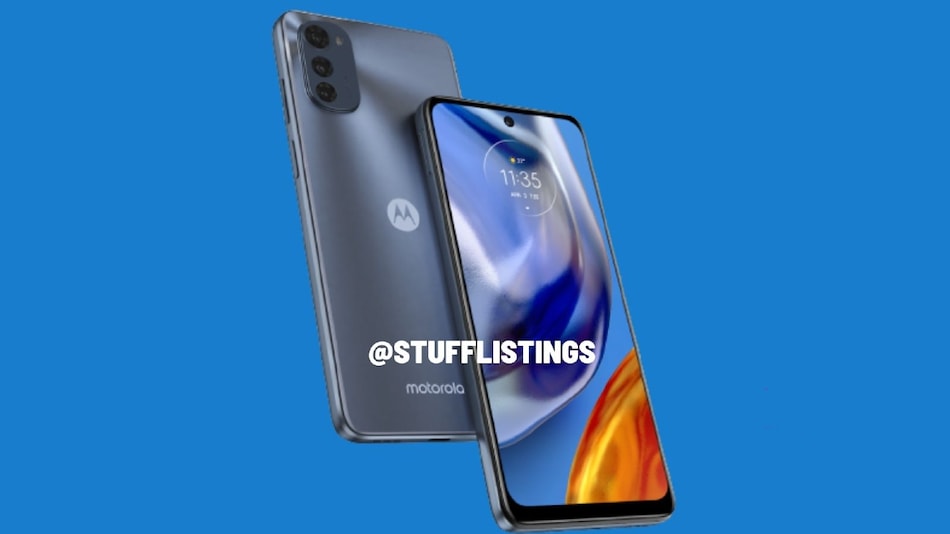 Moto E32s, a rumoured new handset from Motorola, is reportedly making its way to the Indian market soon. The handset is yet to be officially confirmed by the Lenovo-owned company, but ahead of it, a purported render along with key specifications of the phone have now surfaced online. The leaked render shows a design identical to the Moto E32 that was unveiled in Europe recently. It is seen with a hole-punch display and triple rear cameras. The Moto E32s is tipped to launch on May 27 in the country.

Known tipster Mukul Sharma (@stufflistings) on Twitter suggested the India launch date, render, and specifications of Moto E32s. As per the leak, the smartphone will be launched in India on May 27. The render shows the handset in a Slate Gray shade with a centrally-aligned hole-punch cutout. It is seen sporting a rear camera unit paired with an LED flash. The camera unit is arranged in the upper left corner of the handset and there is a Motorola branding at the back. Further, the power button and the volume rocker are seen on the left spine of the smartphone. As mentioned, the positioning and the design of the rear camera module are notably quite similar to what we have seen on Moto E32.

The upcoming Moto E32s could run on Android 12. It is tipped to feature a 6.5-inch IPS LCD display with 90Hz refresh rate.

However, Motorola hasn't officially revealed any information regarding the launch date of the smartphone yet.

The Moto E32 was launched in Europe in May first week with a price tag of EUR 149 (roughly Rs. 12,000) for the lone 4GB of RAM and 64GB storage variant. The Moto E32 features a 6.5-inch HD+display with 90Hz refresh rate and is powered by an octa-core Unisoc T606 SoC, along with 4GB of RAM. It carries a triple rear camera setup led by a 16-megapixel primary sensor and packs 64GB of inbuilt storage that is expandable via microSD card (up to 1TB) through a dedicated slot. The phone packs a 5,000mAh battery with 18W charging support.