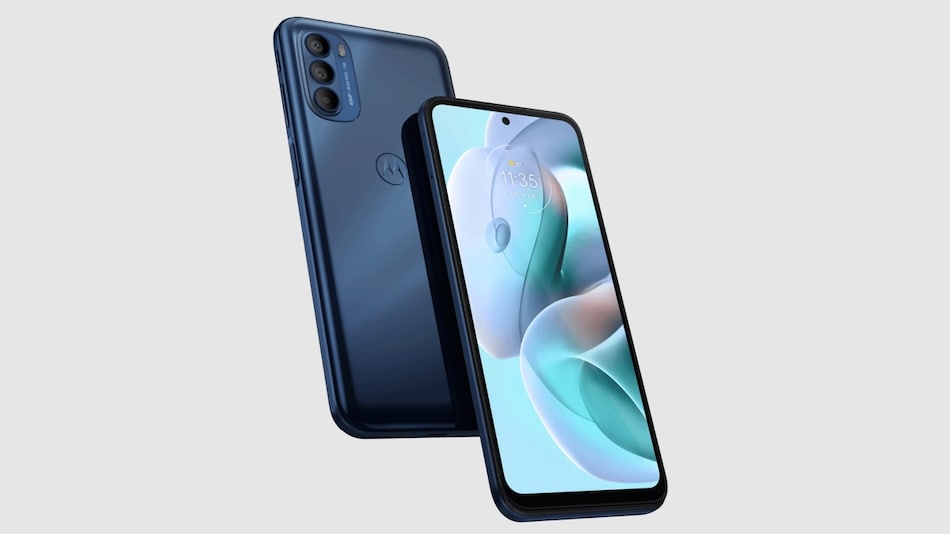 Motorola Moto G41 launch seems to be around the corner as a tipster has shared some official-looking renders for the smartphone. It is codenamed "Corfu," but no information is available on its release as of now. The renders show a triple rear camera setup — headlined by a 48-megapixel primary sensor — housed in a rectangular module in the top left corner. Furthermore, Moto G41 is shown with a flat display that has a centrally placed hole-punch cutout for the selfie camera.

The official-looking renders for the Moto G41 were shared by known tipster Nils Ahrensmeier (@NilsAhrDE). As per the renders, the Motorola smartphone will get the voice assistant button, volume rocker, and the power button (doubling up as a fingerprint scanner) on the right spine, while the SIM tray is placed on the left. The renders don't show the top of the smartphone, while the bottom is shown with a USB Type-C port, a speaker grille, and a microphone.

As per the renders, Moto G41 sports a flat display with a centrally placed hole-punch cutout for the selfie camera, thick bezels on three sides, and an even thicker chin. As mentioned, the upcoming smartphone from the Lenovo-owned brand is said to feature a triple rear camera setup along with an LED flash. The camera housing — housed in a rectangular module — has 48-megapixel, quad pixel, and OIS (optical image stabilisation) etched on it.

As per a report by Gizmochina, a Motorola smartphone with internal designation XT2167-1 was spotted on Brazil's Anatel certification website. The listing suggests that the smartphone will pack a 4,700mAh battery. Furthermore, it is said to feature connectivity options like 4G LTE, Wi-Fi 802.11ac, and NFC. No further information is available about its specifications.

Earlier this week, Moto Edge X and Moto Edge S30 have been reportedly spotted on TENAA listings. The former is listed with the model designation XT2201-2, while the latter gets XT2175-2 as its model number.