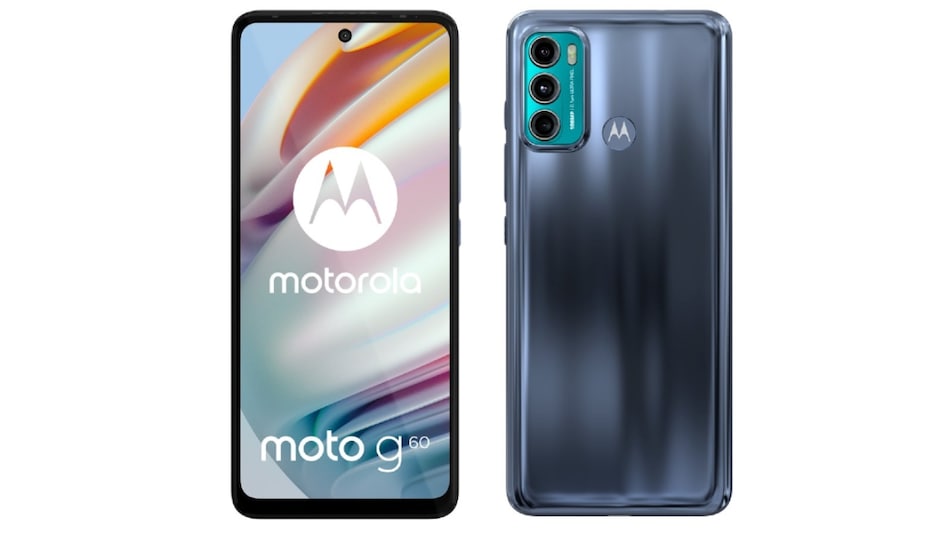 The alleged Moto G60 may sport a 32-megapixel front camera

Motorola Moto G lineup may soon have two additions, and one of them could feature an 108-megapixel primary sensor, as per a tipster. The Moto G smartphone is also claimed to feature a 32-megapixel front camera for selfies and video calls. The tipster has also shared an image of the triple rear camera setup which resembles the back panel seen in the alleged images on the Moto G60 that were leaked earlier this month. Reportedly, Moto G60 may be launched as Moto G40 Fusion in India.

As per a tweet Moto G series could feature three cameras on the rear with a 108-megapixel primary sensor. He also claims that even though there will be three physical cameras, the smartphone will have quad-functional camera setup with one of the cameras in this setup could doing two jobs. However, he hasn't revealed any details on the same.

He also shared an image which resembles the render of the alleged Moto G60 that was leaked earlier this month. As per the renders, the handset is seen sporting a rectangular camera module at the top left corner of the back panel with three cameras inside aligned vertically. Tipster Abhishek Yadav, who leaked the renders, and tipster Evan Blass had also claimed that the Moto G60 will come with a 108-megapixel primary sensor. The phone is also tipped to have a rear fingerprint sensor with the Motorola logo embossed inside.

Mukul Sharma also says that the Moto G smartphone will have a 32-megapixel sensor at the front. The rumoured smartphone is said to sport a flat hole-punch display with the cutout for the selfie camera placed in the top centre of the screen. The alleged Moto G60 is claimed to feature a 6.78-inch full-HD+ (1,080x2,460 pixels) display with a 120Hz refresh rate. It is expected to be offered in 4GB/ 6GB of RAM and 64GB/ 128GB of UFS 2.1 storage configurations.

In the optics department, the rumoured Moto G60 is said to house a 108-megapixel Samsung ISOCELL HM2 primary sensor, a 16-megapixel OV16A1Q sensor with a wide-angle lens, and a 2-megapixel OV02B1b sensor. The phone could be powered by the Qualcomm Snapdragon 732G SoC and carry a 6,000mAh battery.

Moto G60 is also rumoured to be launched as the Moto G40 Fusion in the Indian market. The phone is reported to be called Moto G60 in Europe whereas markets like India and Brazil are expected to get a rebranded Moto G40 Fusion model with slightly tweaked specifications.