Motorola One Action is tipped to come with a wide-angle camera. 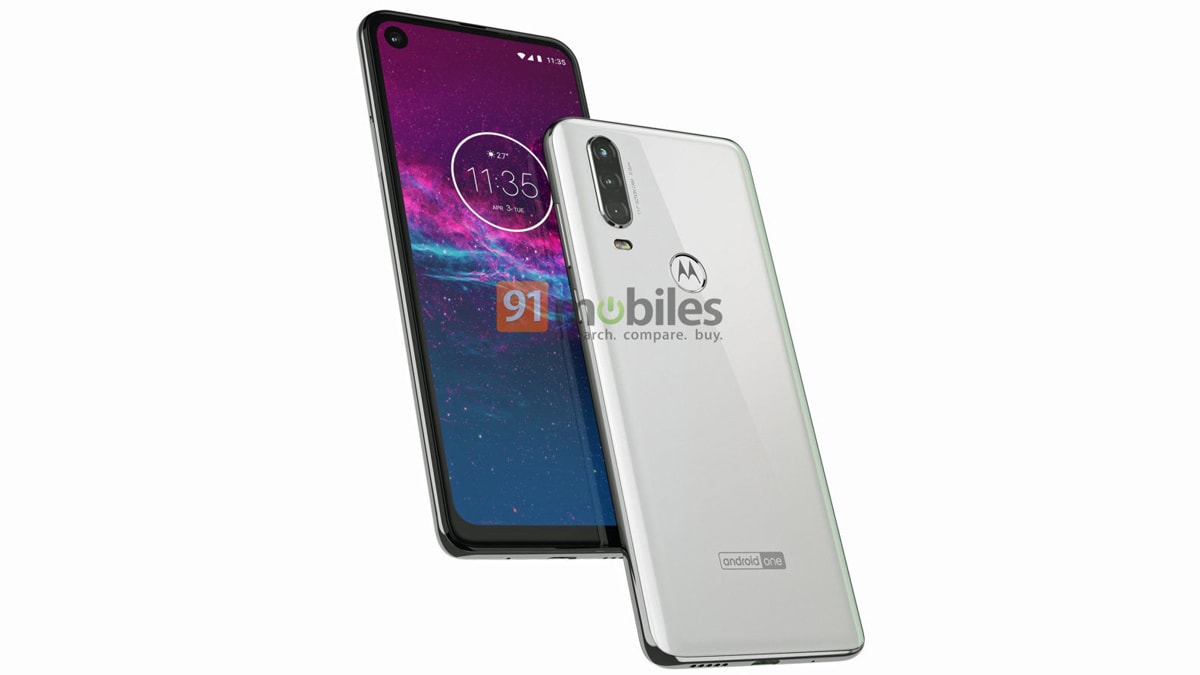 The Motorola One Action has been spotted on benchmarking site Geekbench in the past, revealing some of the key specifications of the device. The latest leak is a design render of this smartphone that was shared by 91Mobiles. The alleged render reveals that the Motorola One Action will feature a hole-punch design with narrow bezels on the top, sides, and a slim chin.

The Motorola One Action seems to be housing a triple camera setup positioned vertically. It has a dual-tone LED flash below the camera module and the render mentions that the One Action will feature a wide-angle camera with a 117-degree field of view. It also has a rear-mounted fingerprint scanner. This smartphone will be a part of the Android One Program, as is evident from the branding present on the back.

Motorola has positioned the power and the volume buttons on the right side of the device while the left only has the SIM tray. At the bottom, it has the speaker grille, USB Type-C port, and the microphone.

From a previous leak, we already know that the Motorola One Action will be powered by a Samsung Exynos 9609 SoC and will have 3GB and 4GB RAM variants. It will reportedly come with 32GB, 64GB, and 128GB onboard storage options. Additionally, the Motorola One Action has 3500mAh battery and is expected to arrive in Blue, Gold, and White.

There is no news about when Motorola plans to launch the smartphone or what will be the price tag.