Motorola One Vision is a part of the Motorola One lineup, which is based on Android One platform. 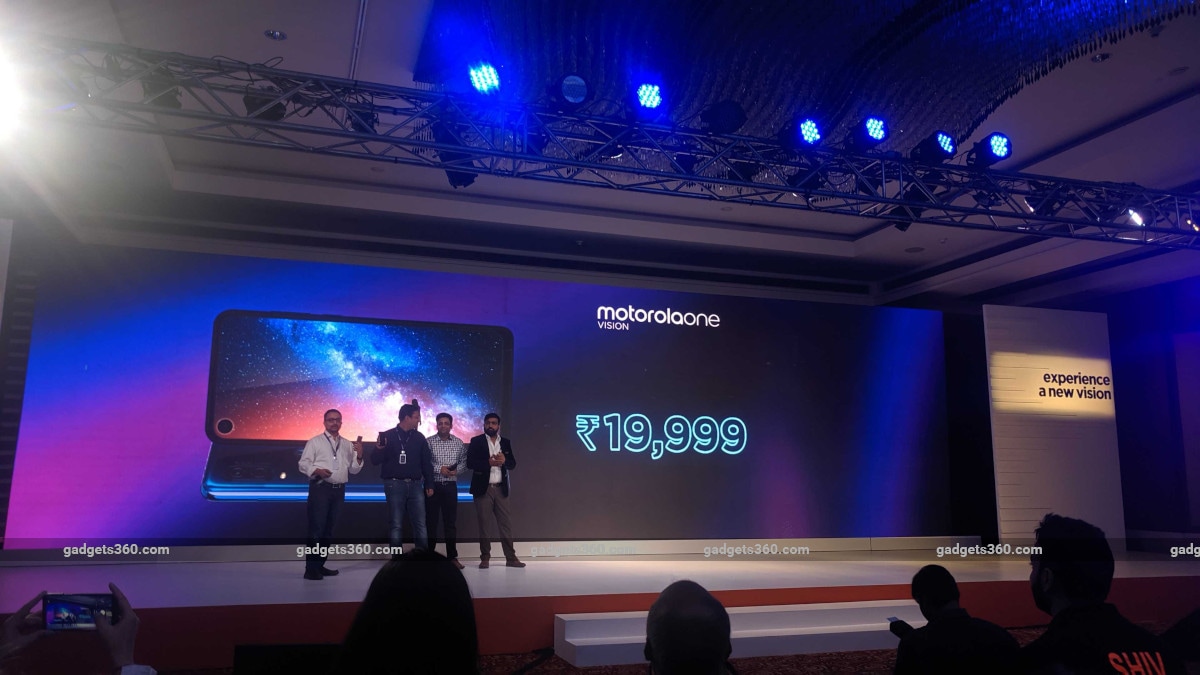 Motorola One Vision will be offered via Flipkart in India

Motorola One Vision India launch event began with Prashant Mani, Managing Director, Motorola Mobility India, on stage. Mani talked about Lenovo's last one year in India. Lenovo is the parent company of Motorola Mobility. He revealed Motorola has been globally profitable for the last three quarters. He also claimed that Motorola is third fastest growing OEM globally. Additionally, Mani stated that India is a priority market for Motorola. The company wants to make products relevant for India, and it wants to focus on Make in India.

He revealed that all Motorola phones sold in India are made in the country itself and even the Motorola One Vision will be made in India. He added that Lenovo will continue to focus on dual brand strategy in the country. So, we will see phones from both Lenovo and Motorola brands. According to Mani, we can expect to see smartphones in Moto G, Motorola One, and Moto E lineups.

Motorola One Vision With Hole-Punch Display Launched in India

Mani then moved on to Motorola One Vision, which is being launched in India today. He noted that the smartphone is targeted to the young consumers, who want great cameras in their smartphones. For the phone, Motorola is continuing its partnership with Flipkart, which will be selling the One Vision in the country.

He then invited Motorola's Uvais Chinoy on the stage to talk more about the One Vision.

Motorola One Vision packs a dual rear camera setup with 48-megapixel primary shooter and a 5-megapixel secondary camera. There is a 25-megapixel selfie camera on the front as well, as a part of the hole-punch design. Among the camera features, you will get Shot Optimisation and more.

This is it. You can check out launch event video below.

Rosamund Pike Cast in Lead of The Wheel of Time Amazon Prime Video Series
India Has the Highest Data Usage Per Smartphone in the World, Ericsson Report Claims