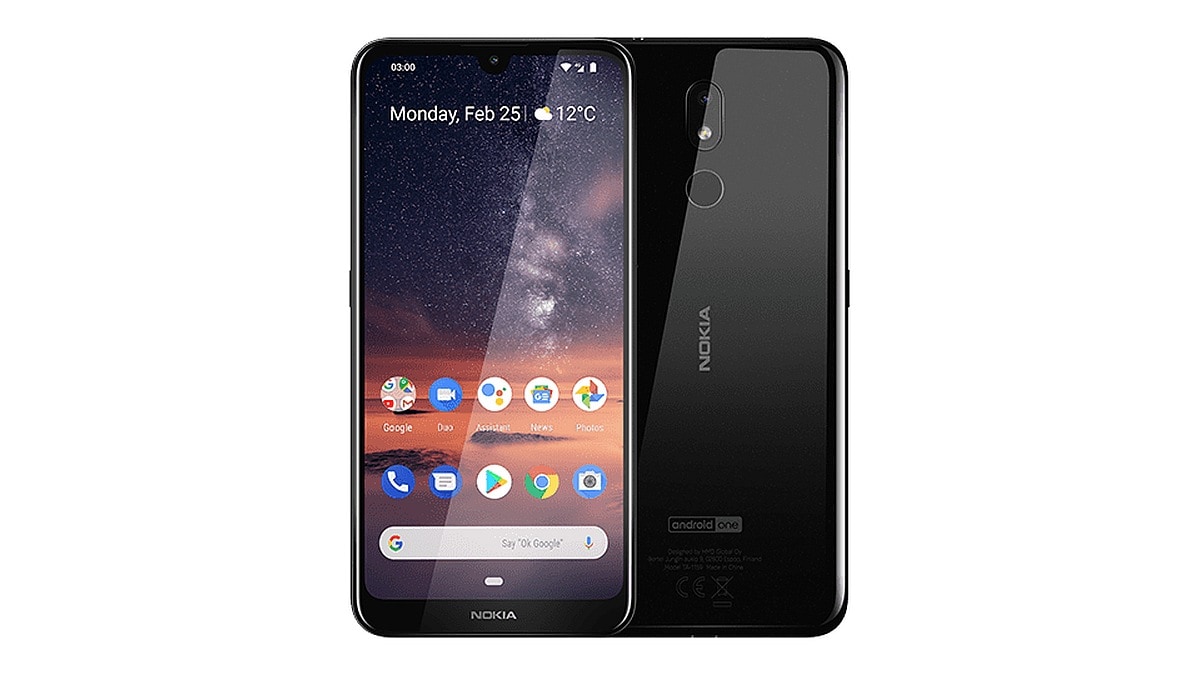 Nokia 3.2 was launched in India on Tuesday. The budget smartphone was unveiled globally back in February at MWC 2019, alongside the Nokia 4.2 - which has already made its way into India. The Nokia 3.2's highlights are its large 6.26-inch HD+ display and massive 4,000mAh battery, which HMD Global says will give a battery life of two days. It also features a dedicated Google Assistant button and runs on Android 9 Pie. The Nokia 3.2 will go on sale for the first time in India later this week in two storage variants, via major retail outlets and the Nokia site.

Nokia 3.2 launch offers include Rs. 2,500 instant cashback for Vodafone and Idea subscribers, in the form of 50 vouchers of Rs. 50 each. These vouchers can be redeemed against recharges of Rs. 199 and above. HDFC Bank credit, debit, and EMI transactions through Pinelab terminals at offline stores will give buyers 10 percent cashback, also applicable on HDFC's consumer finance scheme. The HDFC offer is applicable until June 15.

Finally, on the Nokia website, buyers can use the LAUNCHGIFT promo code to receive a Rs. 1,000 gift card for future purchases. Consumers will also get a free one-time screen-replacement covered under Nokia phone screen protection insurance for a six-month period (from the date of activation of the phone), brought to you by our partner, Servify. These Nokia site offers are valid till June 30.

The dual-SIM (Nano) Nokia 3.2 runs Android 9.0 Pie, and is part of the Android One programme giving it a promise of frequent updates and an optimised interface. It sports a 6.26-inch HD+ (720x1520 pixels) resolution and 19:9 aspect ratio in polycarbonate chassis. The phone is powered by quad-core Qualcomm Snapdragon 429 SoC and packs 2GB or 3GB of RAM depending on the variant.

In terms of the imaging capabilities, the smartphone comes with single 13-megapixel sensor with an f/2.2 autofocus lens on the back and a 5-megapixel fixed-focus selfie shooter on the front with an f/2.2 lens. HMD Global is offering 16GB or 32GB of inbuilt storage, once again depending on the variant, expandable via microSD card (up to 400GB).

The Nokia 3.2 in terms of connectivity options features includes 4G VoLTE, Wi-Fi 802.11 b/g/n, Bluetooth v4.2, GPS/ A-GPS, FM radio, a 3.5mm audio jack, and a Micro-USB port. The 32GB variant of the Nokia 3.2 also sports a fingerprint sensor, which is missing in the 16GB version. Both versions have face unlock.

The Nokia 3.2 measures 159.44x76.26x8.6mm, and weighs 181 grams.  Sensors on board include an accelerometer, ambient light sensor, and a proximity sensor. There is 4,000mAh battery on board the Nokia 3.2, which the company claims can last up to two days, and has a music playback time of up to 98 hours using the headset.