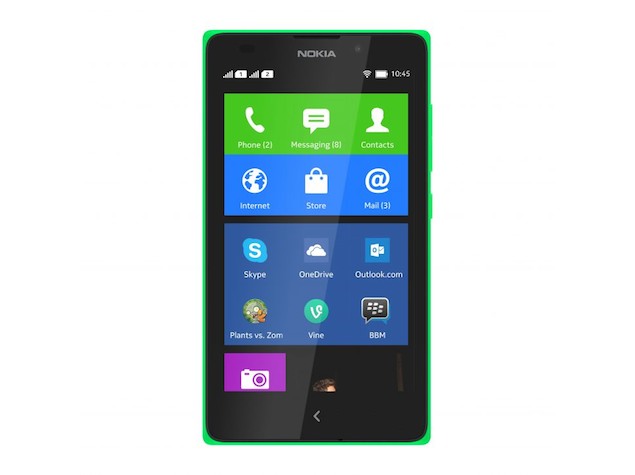 Nokia has announced its first-ever smartphones based on the Android Open Source Project (AOSP), that can run Android apps and are powered by Microsoft and Nokia services.

Nokia XL comes with a 5-inch 480x800 display, a 5-megapixel camera, a 720p front camera, 768MB RAM and a 2000mAh battery, while sharing other specifications with its younger siblings.

All three phones come with 3G support and take Micro-SIMs instead of regular ones.

The highlight of the three devices of course is the highly customised version of Android, with its Metro-inspired UI and access to Nokia's own store. While there's no access to Google's Play Store, users can side-load Android apps from any third-party source. Nokia has used AOSP corresponding to Android 4.1 Jelly Bean as the baseline for its operating system.

All devices come with free access to Here Maps, with offline maps and integrated turn-by-turn navigation, and Nokia MixRadio for free music streaming and downloadable playlists. All devices are also pre-loaded with a variety of third-party apps and games.

Nokia X, Nokia X+ and Nokia XL come with free cloud storage from Microsoft's OneDrive (earlier called SkyDrive). With the purchase of any Nokia X family smartphone in select markets, people will get one month of Skype's Unlimited World Subscription for a limited time.