Nothing Phone 1 Pre-Orders to Go Live in India From Tomorrow, Flipkart Suggests

Nothing Phone 1 launch in India is still a few days away. 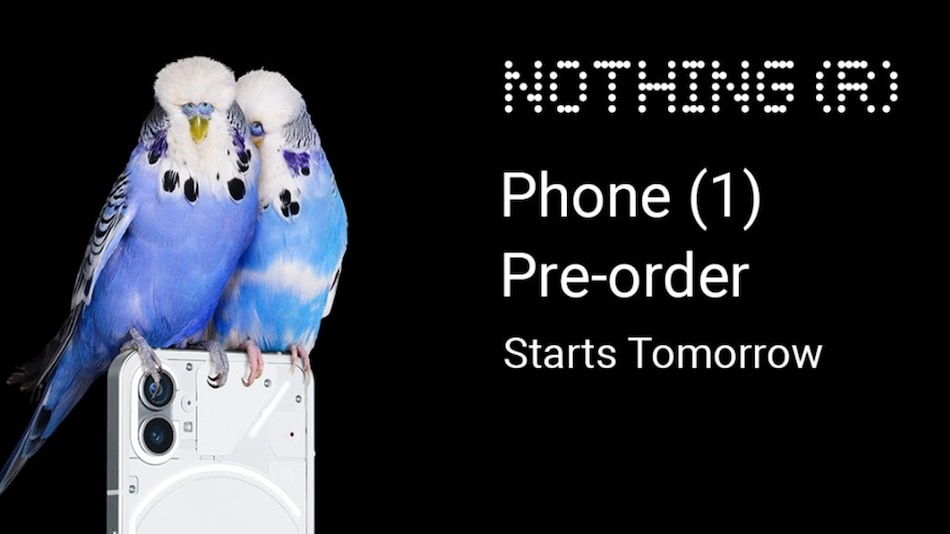 Nothing Phone 1 is coming with a transparent back design

Nothing Phone 1 pre-orders will go live in India starting tomorrow, Flipkart has suggested through a banner on its website ahead of the official announcement. The latest development comes just days after the UK-based company led by OnePlus Co-Founder Carl Pei opened the public waitlist for the invite-only pre-orders of the upcoming phone. Alongside opening the public waitlist, the company also started rolling out invitation codes to its private community members for pre-ordering. The Nothing Phone 1 launch is set for July 12.

Flipkart is showing a banner that reads, "Nothing Phone 1 pre-order starts tomorrow." However, the online marketplace has not given any further details about the pre-order process.

Gadgets 360 has reached out to Nothing for clarity on the pre-orders and will update this article when the company responds.

Last week, Nothing kicked off its invitation code system to let a limited number of early customers as well as members of its private community buy a pre-order pass for reserving the phone. The pass, which is available at a refundable price of Rs. 2,000, is meant to be used until June 30 to pre-order the phone.

The Rs. 2,000 deposit that customers need to pay for the pre-order pass will be deducted from the final price of the Nothing Phone 1, the company said. However, the exact price of the phone is yet to be revealed.

The Nothing Phone 1 is coming as the second device — after the Ear 1 earbuds — from the house of Carl Pei's venture Nothing. The smartphone is teased to offer a transparent back along with an LED-powered Glyph interface and confirmed to have Qualcomm's Snapdragon 778G+ SoC. It also includes wireless and reverse wireless charging support as two of the other key highlights.

Nothing has confirmed to offer Nothing OS on the upcoming phone to deliver some proprietary changes on top of a near-stock Android interface. The smartphone is also tipped to have a 120Hz display as well as a 50-megapixel primary camera.