Nothing Phone 1 will be launched on July 12 through a virtual event called 'Return to Instinct'. 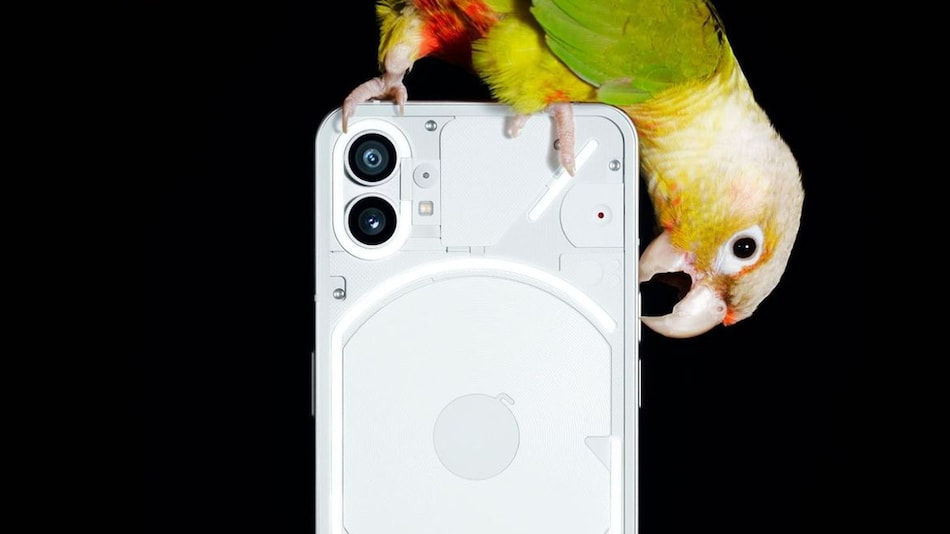 Nothing Phone 1 will be powered by Qualcomm's Snapdragon SoC

Nothing Phone 1 is all set to be launched globally on July 12. In the build-up to its imminent arrival, Nothing on Wednesday has unveiled the first official look of the premium flagship device showcasing its rear panel. The official poster shows off a dual rear camera setup along with the LED flash. The Nothing Phone 1 is seen with a solid white finish. The handset was previously tipped to feature a transparent design similar to the Nothing Ear 1 TWS earbuds. Separately, the smartphone has allegedly bagged certification from the Bureau of Indian Standards (BIS).

The UK brand led by ex-OnePlus co-founder Carl Pei shared the design of the Nothing Phone 1 on official social media channels. As mentioned, the rear panel of the handset is seen with a white finish with rounded corners. The smartphone sports a rear camera unit paired with an LED flash. The camera unit is arranged in the upper left corner of the handset and there is a Nothing branding at the bottom left corner. Further, the volume rockers are seen on the right spine of the smartphone, while the left spine houses the power button.

Separately, known tipster Mukul Sharma (@stufflistings) tweeted screenshots of the alleged Bureau of Indian Standards (BIS) listing of Nothing Phone 1. As per the leak, the phone and its battery have bagged approval from the BIS. According to the tipster, the handset carries model number A063 and it features a dual rear camera unit. It is said to offer support for 45W fast charging and wireless charging. It could feature NFC as well.

Nothing had already announced that the launch of the Nothing Phone 1 will take place in London on July 12 at 8.30pm IST in a virtual event called 'Return to Instinct'. The launch will be livestreamed via its official YouTube channel. However, the company has not yet revealed what features exactly the phone could offer. It will run on Nothing OS based on Android and will be powered by Qualcomm's Snapdragon SoC. It will go on sale in India via Flipkart.

Recently, Nothing confirmed that the device will be manufactured locally in India.