A Nothing spokesperson says a factory reset of the Nothing Phone 1 has already fixed the issue for some consumers. 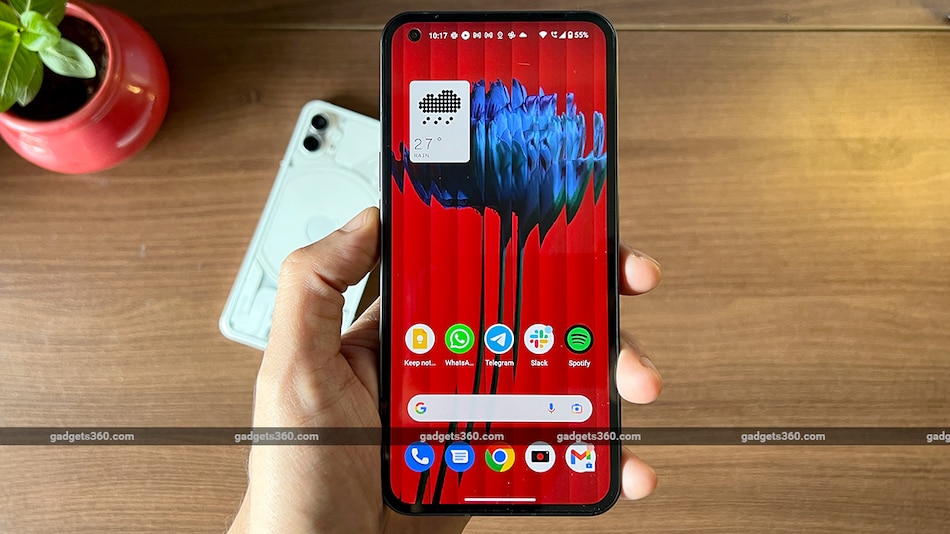 Nothing Phone 1 display green tint issue was limited to a handful of customers and Nothing will soon be rolling out a software update to recalibrate the display to fix the problem, a spokesperson from Nothing has said. The spokesperson also noted that a factory reset has already fixed the issue for some consumers. The statement was in response to a development in which a section of Nothing Phone 1 users took to social media to complain about a green tint on the screen as well as dead pixels near the hole-punch camera cutout.

“All OLED screens are susceptible to green tinting when the brightness level is set too low — this is not exclusive to Nothing Phone 1. We're aware that a handful of customers were impacted, the scale of which is very low. Our standards are very high and this is not the experience we want any user to have. We are working hard to improve this issue and recalibrate the display effect in an upcoming software update,” A Nothing spokesperson told Gadgets 360 in a statement.

Earlier this week, few users posted short videos on social media highlighting that they are noticing green tint on the Nothing Phone 1 screen. In fact, some even claimed that their replacement handsets were also plagued by screen's green tint issue. A small chunk of them also reported about dead pixels near the hole-punch camera cutout of the Nothing Phone 1. Nothing acknowledged the issue on their posts.

This is not the first time that a tint has been noticed by users in their new phones. In the past, users of various smartphones with OLED displays such as Pixel 6, Pixel 6 Pro, iPhone 12, Galaxy Note 20 Ultra, OnePlus 8 Pro, among others have complained of tint problems. The issue of a colour tint was usually resolved by a software update.