Nothing Phone 1 First Impressions: Lighting Up the Competition 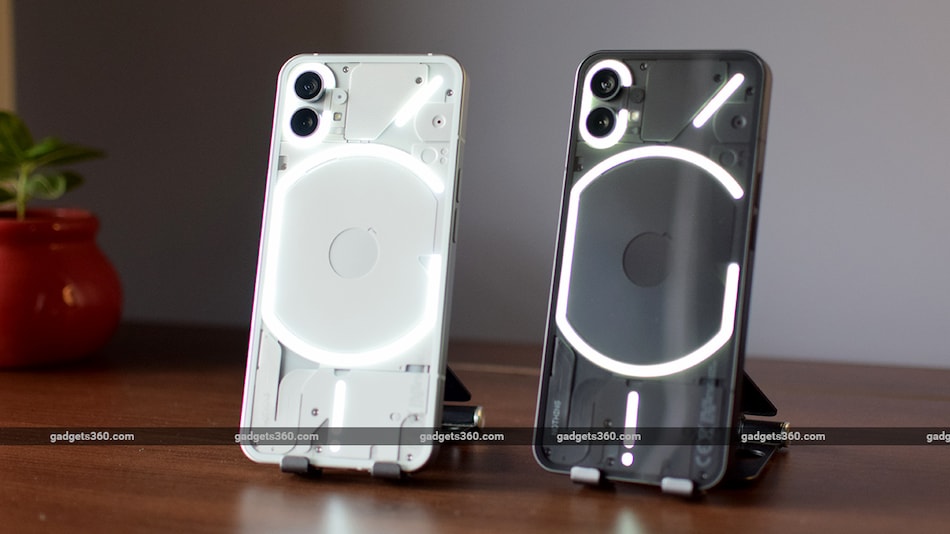 Flagship smartphones typically tend to have a lot of hype and fanfare leading up to their launch, but it's not often we see the same or even greater level of excitement for the launch of a mid-range phone. Nothing, the technology company founded by Carl Pei, who previously co-founded OnePlus, has just launched its first smartphone called the Phone 1.

This has been a hotly anticipated smartphone for a bunch of reasons but I think the main one is that Carl Pei, the man heading the company, helped shape OnePlus from a fledgling enthusiast-only brand to one of the most popular smartphone brands today. Expectations of Nothing's first smartphone are sky-high. After a seismic build-up over the past few months with multiple leaks and teasers, the Phone 1 is finally here.

Nothing's goal for the Phone 1 is to deliver a clean and simple Android experience but with a unique hardware twist through its quirky notifications lights. I've spent a little time with the Phone 1 and here are my first impressions of it.

The Nothing Phone 1 comes in a slim box which has a cropped image of the back of the phone printed on it. The white and black versions of the phone come in colour-matched boxes. Inside, you'll find the Phone 1, a safety guide, a USB Type-C to Type-C cable and one of the coolest looking SIM ejector tools I've come across. As expected, there's no charger bundled with the phone. Nothing also sent me a clear case for the Phone 1, which is sold separately.

The Nothing Phone 1 doesn't come with a bundled charger, but the SIM ejector tool looks pretty cool

Before we dive into the specs, we should first talk about the Phone 1's most unique feature and that is its back panel. You've probably seen this angle of the phone the most since it's what Nothing has been using in all of its marketing material. To be honest, I'm not a huge fan of the whole transparent design but I do appreciate how neatly all the components have been hidden away. In my opinion, the black variant looks much better than the white as the transparent effect is more subtle and I also prefer the darker shade of the aluminium frame.

However, this transparent back isn't just for show, as it serves a purpose. Underneath the glass back panel are a series of light strips that Nothing refers to as the Glyph Interface. There's a dedicated menu in the software for it from where you can set different light patterns for ringtones and notifications, or even keep a tab on the battery level while the phone is charging. You can even use the Glyph Interface as a fill light for the rear cameras, which is neat.

The transparent back of the Nothing Phone 1 is its most striking feature, for better or worse

The Glyph Interface seems useful provided you have the habit of keeping your phone face-down on a surface, which I personally don't. The lights are really bright, although you can adjust the intensity, and some of the flashing patterns can be distracting. We'll find out in the full review how useful this actually ends up being after I've used the phone for a longer period. Another thing to keep in mind is that you'll probably need to use this phone with a transparent or translucent case, or without one in order to see the lights.

As a premium mid-range smartphone, the Nothing Phone 1 gets quite a bit right. The flattened aluminium frame is smooth to the touch and the rounded edges make it comfortable to hold. It's fairly slim at 8.3mm but it has a bit of heft to it at 193.5g. The power and volume buttons have good feedback and are placed on opposite sides of the frame which makes them easier to use with one hand. At the bottom, we have the dual-SIM tray, a USB Type-C port, and a speaker. The earpiece doubles up as a second speaker for stereo sound.

The Nothing Phone 1 is IP53 rated for resistance against light splashes of water and dust. An IP rating is becoming increasingly common in mid-range phones and even though it's not as comprehensive as an IP67 or IP68 rating, it's still something and I'm glad Nothing hasn't skimped on this.

On the front of the Nothing Phone 1, you get a bright and crisp 6.55-inch display which produces very good colours thanks to the OLED panel. The display has a 10-bit colour depth, full-HD+ resolution and a 120Hz refresh rate. This phone also has a capacitive in-display fingerprint sensor, which has been working well so far. The display supports HDR10+ playback and has a typical brightness of 500 nits (1,200 nits peak). There's Corning Gorilla Glass on the front and back of the Phone 1.

The Nothing Phone 1 runs on Nothing OS which is pretty much stock Android 12 with a few tweaks such as a custom icon pack, extra wallpapers and widgets, and of course, the custom ringtones and notification sounds for the Glyph Interface. Nothing also promises three years of Android updates and four years of security updates, which is good to see.

Nothing hasn't gone crazy with the cameras and there are just two on the back of the Phone 1, but with high-quality sensors. The primary camera uses a 50-megapixel Sony IMX766 sensor which is optically stabilised. We've seen good things from this sensor in plenty of flagships so I'm expecting the same from the Phone 1. The second camera is a 50-megapixel ultra-wide one, and uses the Samsung JN1 sensor, much like the OnePlus 10 Pro (Review). This sensor also has autofocus so it doubles as a macro camera. The selfie camera has a 16-megapixel Sony IMX471 sensor which we've seen in plenty of OnePlus flagships over the years.

The Nothing Phone 1 looks like it could be a solid mid-range offering based on specs alone. The inclusion of wireless charging should give it an edge over the competition, and the Glyph notification system, while a little gimmicky in my opinion, certainly sets it apart from any other phone on the market. Besides having good hardware, it's equally important for Nothing to provide good after sales service if it hopes to compete with other established players. The company says it has service centres in over 220 cities across India, which is a good start.

Should you believe the hype and buy the Nothing Phone 1? Find out in our full review coming soon.