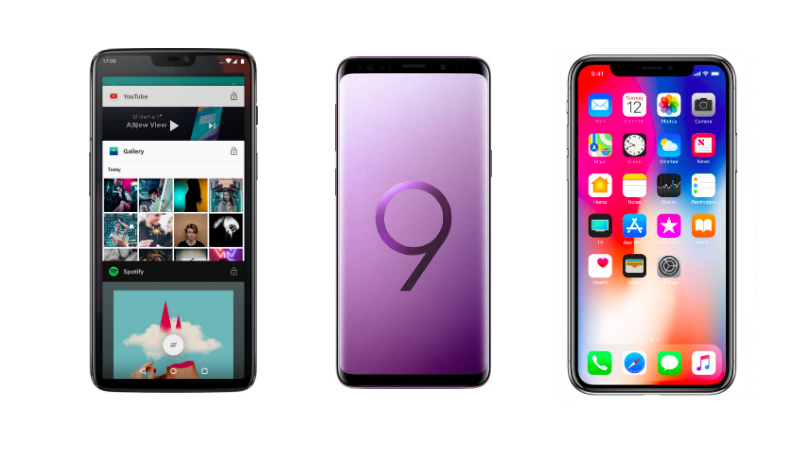 OnePlus 6 has been launched in India, bringing a powerful smartphone that can go toe to toe with the flagships at about half the price. The OnePlus 6 brings with a new design, featuring glass this time as the new material of choice. OnePlus is promoting its new smartphone with the tagline “The Speed You Need” for the Snapdragon 845 processor, which is the key highlight of the handset. There’s also a dual rear camera setup with improved low-light images and Portrait mode on the OnePlus 6, along with Android Oreo-based custom UI, Android P Beta access, and a fast-charging battery. The smartphone also comes in a limited edition Avengers Infinity War variant, with custom design featuring carbon fibre texture under the Gorilla Glass 5 covering, gold OnePlus and Avengers logos on the back panel, and a gold hardware Alert Slider.

The standard OnePlus 6 and OnePlus 6 Marvel Avengers Limited Edition have the same specifications except for the differences in storage and RAM mentioned above. It has a 6.28-inch full-HD+ (1080x2260 pixel) AMOLED screen with 19:9 aspect ratio and Gorilla Glass 5 protection. The smartphone is powered by the octa-core 2.8GHz Snapdragon 845 processor, with Adreno 630 GPU. As mentioned above, it comes in three variants — 6GB RAM and 64GB internal storage, 8GB RAM and 128GB built-in storage, and 8GB RAM and 256GB inbuilt storage. On the software side, it runs the Android 8.1 Oreo-based OxygenOS 5.1 custom OS and Android P Beta too will become available for it by tomorrow.

In terms of optics, the dual aperture setup on the Galaxy S9+ has a primary rear camera sensor that is capable of shooting at f/2.4 when there's ample light, but can switch to f/1.5 when the phone detects low-light conditions. It has an 8-megapixel autofocus front camera with f/1.7 aperture. Face Unlock, AR Emojis, dual speakers tuned by AKG Acoustics, and Bixby Vision are some of the other notable features of the smartphone.

In terms of optics, the iPhone X sports a dual rear camera setup with two 12-megapixel sensors that come with Optical Image Stabilisation (OIS). On the front is a 7-megapixel FaceTime HD camera for selfies and video calling. The phone has a 2716mAh battery powering the internals. It brings features such as Face ID for 3D facial recognition, Animojis, and HDR support, but lacks the fingerprint sensor and the 3.5mm earphone jack that the other two handsets have.

Is OnePlus 6 an iPhone X killer at half the price? We discussed this on Orbital, our weekly technology podcast, which you can subscribe to via Apple Podcasts or RSS, download the episode, or just hit the play button below.