Poco F4 5G will essentially come with the same chip that powered the Poco F3. 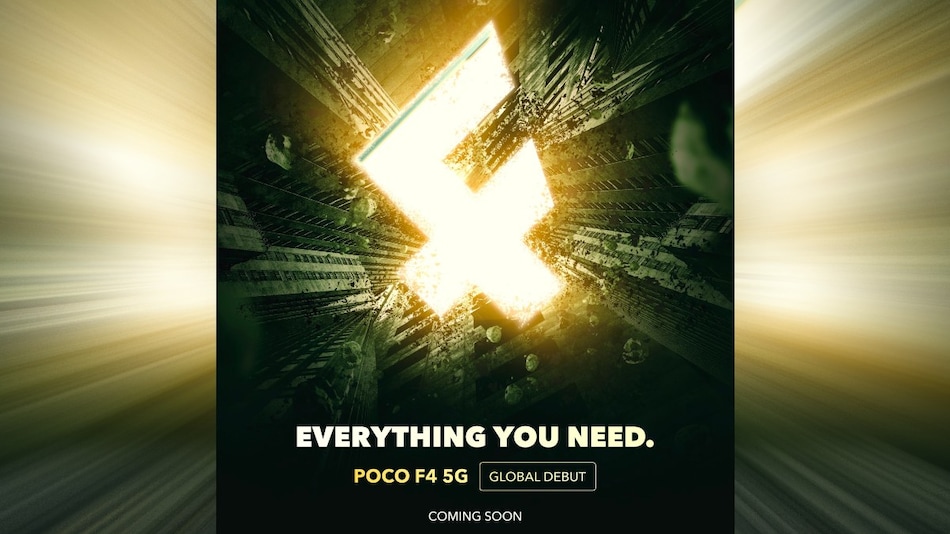 Poco F4 5G will be powered by Qualcomm's Snapdragon 870 SoC, the brand confirmed on Thursday. The new Poco phone is teased to get its global debut in India soon. Although the name of the phone indicates that it would come as the successor to last year's Poco F3, the rumour mill suggests that it could just be a rebranded version of the Redmi K40S. The Redmi phone came with the same Snapdragon 870 SoC and features including a triple rear camera setup as well as a 120Hz AMOLED display.

The official Poco India account on Twitter released a teaser to confirm the presence of the an octa-core Snapdragon 870 SoC on the upcoming Poco F4 5G. The confirmation comes just a day after the brand announced the global debut of the new smartphone in the country.

PerFormance that will tempt you to keep doing more! Get ready to experience the most optimized processor from the Snapdragon 800 series.

Other details of the Poco F4 5G are yet to be revealed. However, it is important to point out that just like this year's model, the Poco F3 was launched with a Snapdragon 870 SoC. That model, though, did not arrive in India.

A recent report claimed that the Poco F4 5G is the rebadged Redmi K40S that was launched in China in March. A couple of live images purportedly showing the back of the phone also emerged online.

Poco has a record of launching rebranded Redmi phones with its brand name in India and other markets. The Poco F4 GT is one of the recent examples that debuted in Europe in April and came as a rebranded version of the Redmi K50 Gaming Edition.

Specifications of the Redmi K40S include a 6.67-inch full-HD+ (1,080x2,400 pixels) Samsung E4 AMOLED display with a 120Hz refresh rate, triple rear camera setup with a 48-megapixel Sony IMX582 primary sensor, up to 256GB storage, and a 4,500mAh battery with 67W fast charging support. The phone also comes with a 20-megapixel selfie camera at the front and includes an infrared (IR) blaster.