Realme has also teased the arrival of the Realme 10 Pro series in India. 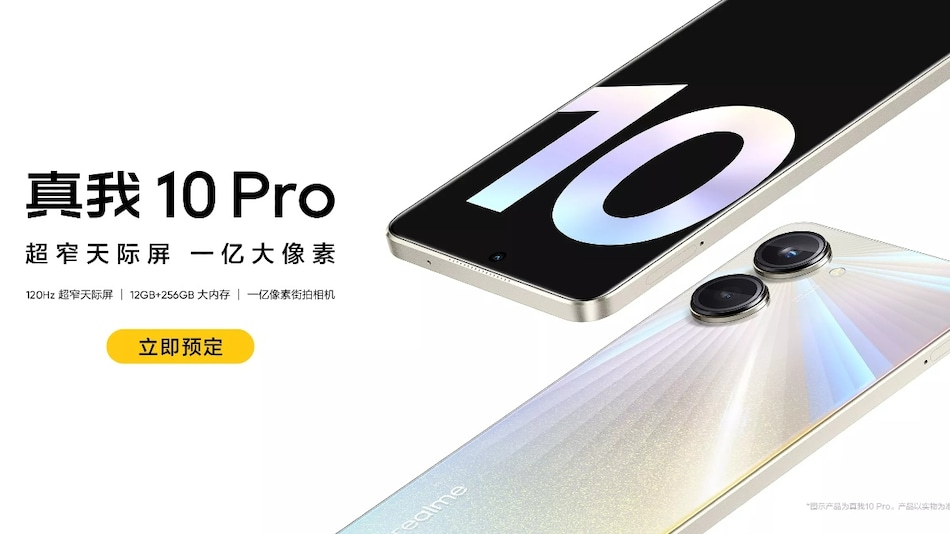 Realme 10 Pro+ and Realme 10 Pro have been unveiled in China. These are 5G handsets that also come with dual-band Wi-Fi support. The top-of-the-line Realme 10 Pro+ boasts a 6.7-inch curved AMOLED display with a 120Hz refresh rate with 2,160Hz pulse-width modulation (PWM) dimming, and 800 nits of peak brightness. Under the hood, this Realme smartphone packs a MediaTek Dimensity 1080 SoC. In addition, the Shenzhen company recently launched the standard Realme 10 4G and Realme 10 5G smartphones.

Both of these Realme smartphones will be available to purchase in China starting from November 24. The company has also teased the arrival of the Realme 10 Pro series in India.

This smartphone features a 6.7-inch AMOLED display with a 61-degree curvature. The display supports 2,160Hz pixel dimming and a 120Hz refresh rate. It also gets an under-display fingerprint sensor. The Realme 10 Pro+ is powered by a MediaTek Dimensity 1080 SoC, paired with a Mali-G68 GPU. It is a dual-SIM 5G smartphone that comes with support for 5G standalone (SA) technology.

For optics, the Realme 10 Pro+ features a triple rear camera setup headlined by a 108-megapixel primary camera. There is also an 8-megapixel ultra-wide angle sensor and a 2-megapixel monochrome camera. It also sports a 16-megapixel selfie shooter housed in a centrally-placed hole-punch slot on the front.

It runs on Android 13-based Realme UI 4.0. The handset packs a 5,000mAh battery with support for 67W fast charging. The Realme 10 Pro+ has a thickness of 7.78mm and weighs about 173g, as per the company. It gets dual stereo speakers and an X-axis linear vibration motor.

It features a dual rear camera setup, including a 108-megapixel primary sensor and a 2-megapixel secondary snapper. The Realme 10 Pro also gets a 16-megapixel front camera. This smartphone runs on Android 13 with Realme UI 4.0 skin on top.

The smartphone packs a 5,000mAh battery, which is claimed to provide up to 44 hours of music listening time. It supports 33W fast charging that is supposedly capable of providing a 50 percent backup within 30 minutes. The Realme 10 Pro has a lightweight body that is also 8.12mm thin.

BTC, ETH Drop in Values With Losses, Stablecoins Manage to See Gains
The Super Mario Bros. Movie Casting Called Out by John Leguizamo for Being Non-Diverse