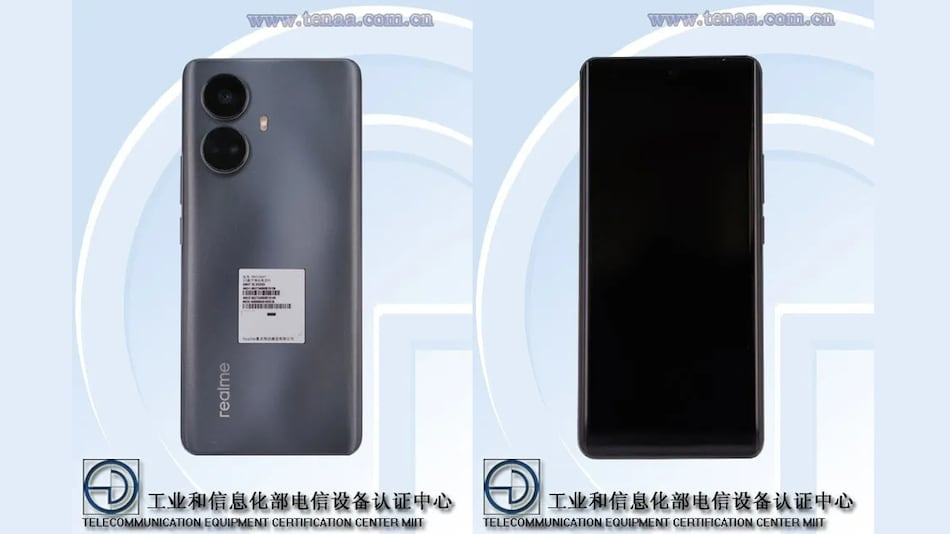 Realme 10 series has been spotted on several certification sites in recent times. Two models from the lineup — Realme 10 5G and Realme 10 Pro+ 5G — had surfaced on the TENAA database, which offered a glimpse at their designs. Now, these listings have purportedly been updated to include the specifications of the handsets. The two smartphones in question seem to bear the model numbers RMX3663 and RMX3687, respectively. Realme is yet to delve into the launch details of this lineup. However, a reliable tipster has hinted that these smartphones could debut in November.

The Realme 10 5G with the model number RMX3663 is listed on the TENAA database with a 6.7-inch LCD screen. It is said to have a full-HD+ (1,080x2,400 pixels) resolution. A recent report suggests that it may be powered by a MediaTek Helio G99 SoC. It could feature a triple rear camera setup, headlined by a 108-megapixel camera along with a 2-megapixel secondary sensor. This Realme smartphone may also feature a 16-megapixel selfie camera.

Meanwhile, the Realme 10 Pro+ 5G's RMX3687 model is said to feature a 6.7-inch curved AMOLED display with a full-HD+ resolution. It is believed to be powered by a MediaTek Dimensity 1080 SoC. This smartphone may have a triple rear camera setup, including a 108-megapixel primary camera, an 8-megapixel ultra-wide angle sensor, and a 2-megapixel lens. It is also expected to have a 16-megapixel selfie camera.

It is listed to pack a 4,890mAh battery, which should be bumped to 5,000mAh capacity at launch. The Realme 10 Pro+ 5G reportedly bagged 3C certification, which suggests that it might offer 67W fast charging support. This smartphone is said to be 161.5x73.9x7.8mm in dimensions and weigh around 172.5g. It is likely to also come with up to 12GB of RAM and 512GB of onboard storage.

The company is yet to confirm the launch date of the Realm 10 series. However, tipster Paras Guglani (Twitter: @passionategeekz) has hinted that the lineup could be launched on November 5.