Realme 6i has a quad camera setup on the back which includes a 48-megapixel primary camera and an 8-megapixel ultra-wide lens. 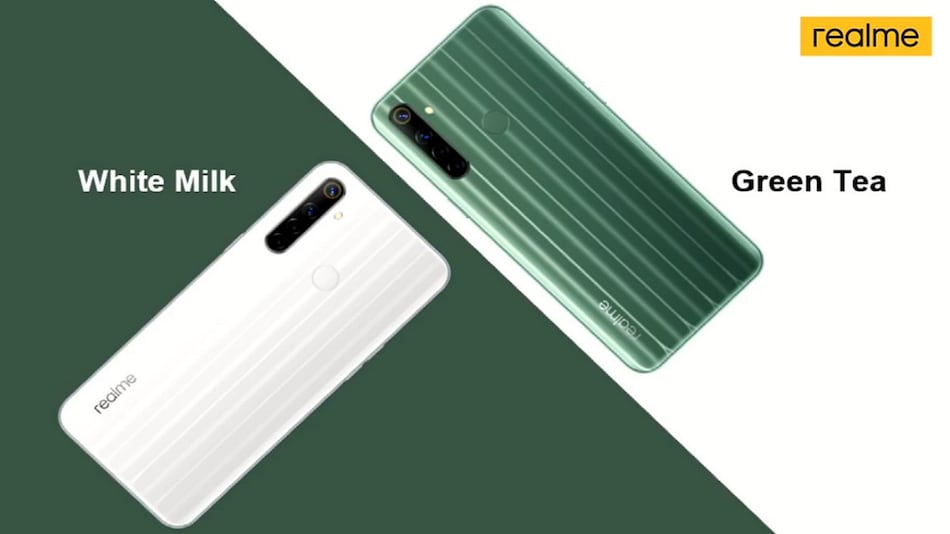 Realme 6i has a quad rear camera setup

Realme 6i has been finally launched in Myanmar. The phone is the successor to the Reame 5i and an addition to the Realme 6-series of smartphones. The Realme 6i is powered by the Helio G80 which, according to the company, makes it the first phone with the new chip. It has a quad camera setup on the back and a single selfie shooter. The phone is available in two RAM and storage configurations and comes in two colour combinations namely, White Milk and Green Tea.

Realme 6i: Price and availability

There is no information on availability in foreign markets as of yet.

For clicking pictures, the Realme 6i has a quad camera setup on the back and the primary is a 48-megapixel sensor with f/1.8 aperture. The secondary is an 8-megapixel ultra-wide lens while the tertiary is a black and white portrait lens. There is also a macro lens on the back. The front camera, on the other hand, is a single 16-megapixel shooter with f/2.0 aperture housed in a water drop notch. It has two storage options namely, 64GB and 128GB, which can be expanded via microSD (up to 256GB). For connectivity, the phone comes with a USB Type-C port, Wi-Fi, Bluetooth, GPS/A-GPS, and a 3.5mm headphone jack.