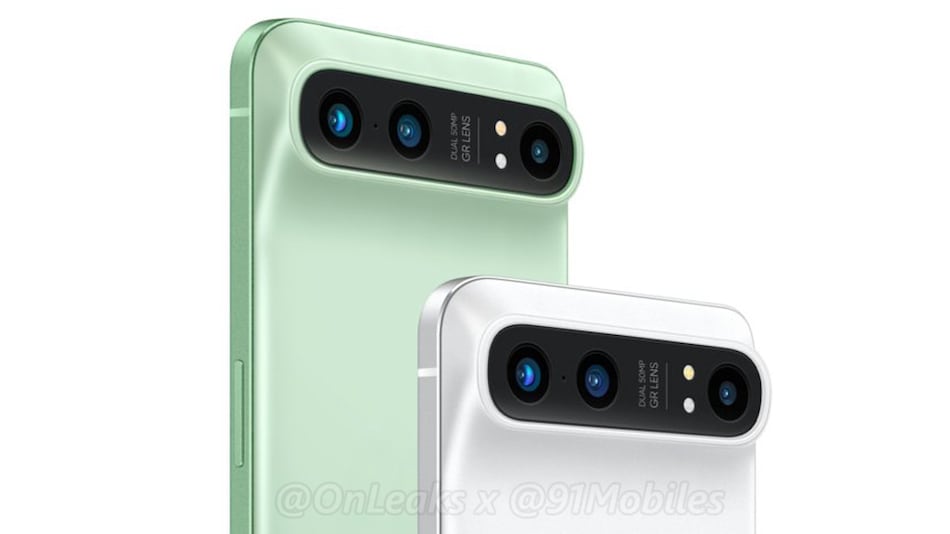 Realme GT 2 Pro will be launched in India in the first quarter of 2022 (Q1 2022), as per a report. It adds that the smartphone's name has reportedly been spotted in the source code of Realme's official website. In related news, renders, key specifications and price of the rumoured smartphone have also been leaked by a tipster. These developments come soon after AnTuTu revealed on Chinese social media platform Weibo that the smartphone in question has scored over one million points in its benchmarking tests.

The information about Realme GT 2 Pro India launch comes from a report by 91Mobiles. The publication says that the smartphone will arrive in India in Q1 2022. This is in line with a previous report that tipped the phone's launch in China in early 2022. With the new development, it could be possible that Realme may launch these phones in the Indian and Chinese markets either together or in quick succession.

In the second development, 91Mobiles cited tipster Mukul Sharma who allegedly claimed that he spotted the moniker “Realme GT 2 Pro” in the source code of the company's official website. Meanwhile, Sharma also tweeted that the phone is “officially confirmed now”. The same tipster previously claimed that he spotted the phone on IMEI database with model number RMX3301 as well as on Realme's official website.

Coming to the third development related to Realme GT 2 Pro, the smartphone's alleged renders have been shared by tipster Steve Hemmerstoffer aka OnLeaks. The tipster collaborated with 91Mobiles to reveal key specifications as well as its price.

The renders shared by OnLeaks show the alleged Realme GT 2 Pro has a protruded rear camera module that looks like the one on the Nexus 6P and Pixel 6 smartphones. The module houses triple cameras and dual-LED flash. The engraving suggests the presence of two 50-megapixel sensors paired with GR Lens for a better performance by reducing ghosting, and offering resistance against backlighting. The back panel may be ceramic encased in a metal frame. There is no image that shows the phone's front, however, it is speculated that the phone may have a hole-punch display and an in-display fingerprint sensor.

OnLeaks says that the Realme GT 2 Pro may feature a 6.8-inch WQHD+ flat OLED display with a 120Hz refresh rate. The phone may come equipped with the Qualcomm Snapdragon 8 Gen1 SoC. The triple camera setup could include a 50-megapixel primary camera, a 50-megapixel ultra-wide shooter and an 8-megapixel telephoto snapper.

A previous report also claimed that the Realme GT 2 Pro will be powered by a Qualcomm Snapdragon 8 Gen1 (Snapdragon 898) SoC, paired with an LPDDR5 RAM and UFS 3.1 storage for a fast performance. Reportedly, the phone breached the one-million mark after scoring 1,025,215 points on AnTuTu. The benchmarking website also says that the Realme GT 2 Pro may pack 12GB of LPDDR5 RAM and come with 512GB of UFS 3.1 storage. Realme GT 2 Pro has now also been tipped to get 125W fast charging support. Connectivity options may include Wi-Fi 6 and Bluetooth v5.2.

What can you expect from Black Friday and Cyber Monday 2021? We discuss this on Orbital, the Gadgets 360 podcast. Orbital is available on Spotify, Gaana, JioSaavn, Google Podcasts, Apple Podcasts, Amazon Music and wherever you get your podcasts.
Affiliate links may be automatically generated - see our ethics statement for details.