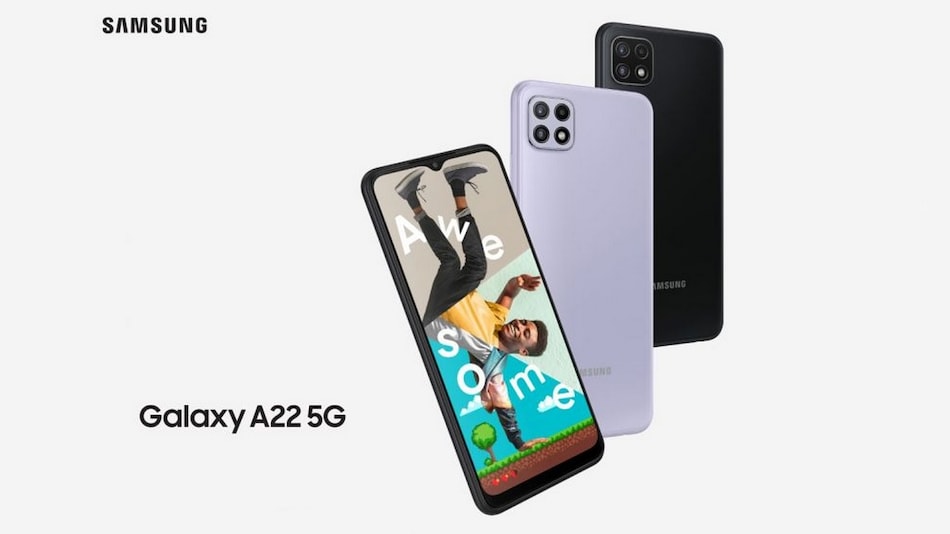 Samsung Galaxy A22 5G India launch will take place next month, according to a tipster. The exact date of launch has not been shared as of now. Samsung launched the 4G and 5G variants of Galaxy A22 in the European markets in June, and the 4G variant was launched in India later that month. The European version of the Samsung Galaxy A22 is powered by a MediaTek Dimensity 700 SoC, paired with up to 6GB of RAM and 128GB of onboard storage.

Tipster Yogesh in collaboration with 91Mobiles shared the launch timeline of the Samsung Galaxy A22 5G. Citing sources, the tipster claimed that Samsung may launch the 5G smartphone sometime in August, though the exact date was not mentioned.

The Samsung Galaxy A22 5G runs One UI 3.1, based on Android 11. The smartphone sports a 6.6-inch full-HD+ display with a 90Hz refresh rate. In terms of design, it sports a waterdrop-style display notch for the selfie camera. Under the hood, it is powered by an octa-core MediaTek Dimensity 700 SoC paired with up to 6GB of RAM. Its 128GB of onboard storage can be expanded up to 1TB via a microSD card.

The triple rear camera setup on the Samsung Galaxy A22 is headlined by a 48-megapixel primary sensor, paired with a 5-megapixel ultra-wide-angle sensor and a 2-megapixel depth sensor. Selfies and video calls are handled by an 8-megapixel primary sensor. Connectivity options include 5G, Wi-Fi, Bluetooth, GPS, and more. Samsung has packed a 5,000mAh battery with the phone that supports 15W fast charging.

Cryptocurrency Mining Gets Banned in Anhui, the Latest Chinese Province to Do So