Samsung had reportedly filed this patent with WIPO which was published on May 27. 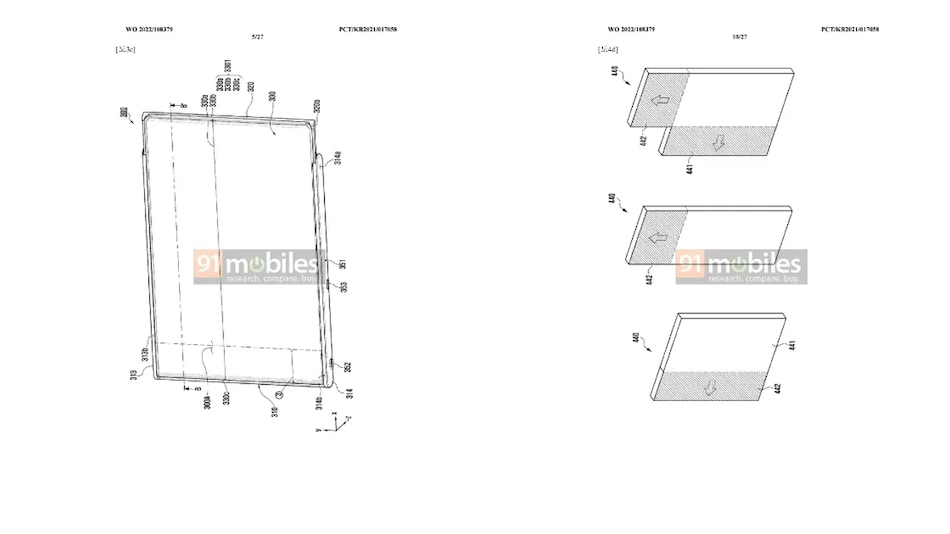 This concept display from Samsung could be expanded in all directions

Samsung could be developing an expandable display, according to a concept patent that has recently surfaced. This patent is for an expandable display that utilises a rolling mechanism. The South Korean giant could have developed this design to reduce the need for a secondary display. It should allow Samsung to feature only a single display on the device which could be expanded with additional screens when required. Since only a patent has surfaced, we cannot be sure whether this design would actually be put into production.

According to a report by 91Mobiles, Samsung has filed a patent with World Intellectual Property Organization (WIPO) which was published on May 27. This patent supposedly suggests that this display could be expanded in all directions. If this new expandable display design shows promising results, Samsung might list it on its site along with other novel concept displays.

A past report suggested that Samsung could unveil a third foldable device alongside the rumoured Samsung Galaxy Z Flip 4 and Galaxy Z Fold 4. This device could either be a slide-out phablet with a rollable display, similar to the design concept of this expandable display, or it could be a foldable smartphone with three displays. This third device is expected to have limited availability in the first year of its production.

In related news, the specifications of the Galaxy Z Flip 4 have been leaked by tipster Yogesh Brar. It is said to feature a 6.7-inch Super AMOLED primary display along with a 2.1-inch Super AMOLED secondary display. It is expected to be powered by a Snapdragon 8+ Gen 1 SoC paired with up to 8GB of RAM and 256GB of storage. The smartphone is supposed to feature a 12-megapixel dual rear camera setup and a 10-megapixel selfie shooter. It is said to pack a 3,700mAh battery with support for 25W wired fast charging and 10W wireless charging support.