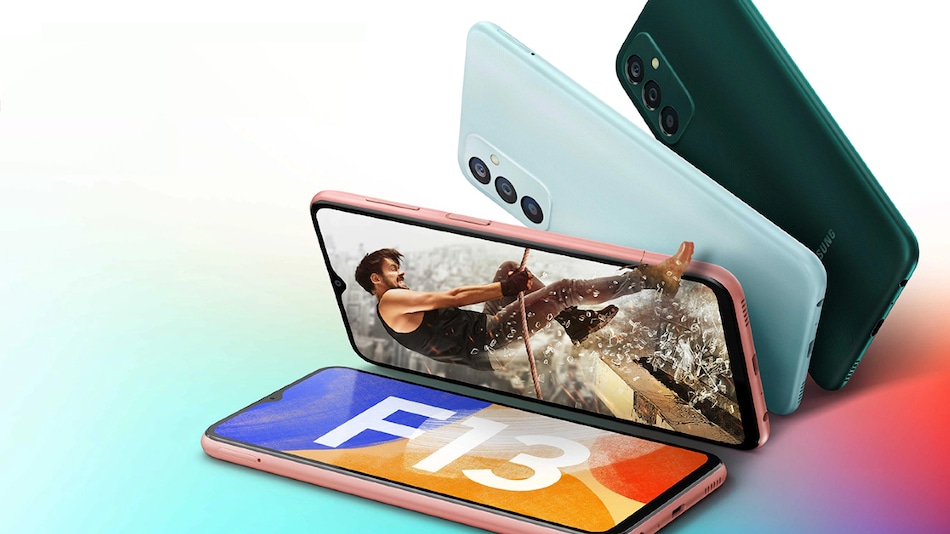 Samsung Galaxy F13 India launch date is set for June 22, the South Korean company announced on Friday. The handset would be available for purchase through Flipkart and a dedicated microsite on the e-commerce website is teasing the specifications of the Samsung Galaxy F13. An official product page for the phone is also live on Samsung India's official website. It is confirmed to come with a full HD+ LCD display and a massive 6,000mAh battery. The Samsung Galaxy F13 also appears to have three distinct colour options to choose from. The latest Galaxy F-series phone, as its name suggests, is expected to be an upgrade to the Galaxy F12 that debuted in the country in April last year.

The new Samsung Galaxy F13 is scheduled to launch in India on June 22 at 12pm IST, the company said in a press note. Samsung India has officially launched a product page for the phone. Flipkart has also separately created a dedicated webpage to promote the launch of the Samsung Galaxy F13 in the country. However, the price details of the phone are unknown at this moment.

The official Samsung page and the Flipkart teaser page give us a glimpse of the Samsung Galaxy F13, showing its triple rear cameras and a waterdrop-style display notch. The handset is teased to feature a full-HD+ LCD panel. It will have a massive 6,000mAh battery with support for 15W fast charging. The handset will offer auto data switching feature. With this functionality, the Samsung phone will use mobile data of the second SIM automatically when the Wi-Fi or primary SIM connection is weak.

The Galaxy F13 will offer up to 8GB of RAM with the RAM Plus feature. The RAM Plus feature increases the built-in RAM by adding memory from the storage to improve multitasking experiences. The official listing also indicates that the phone will come in three different shades.

Earlier, a Geekbench listing suggested the presence of an octa-core Exynos 850 processor on the Samsung Galaxy F13. It could pack 4GB of RAM and is expected to run on Android 12 out-of-the-box.