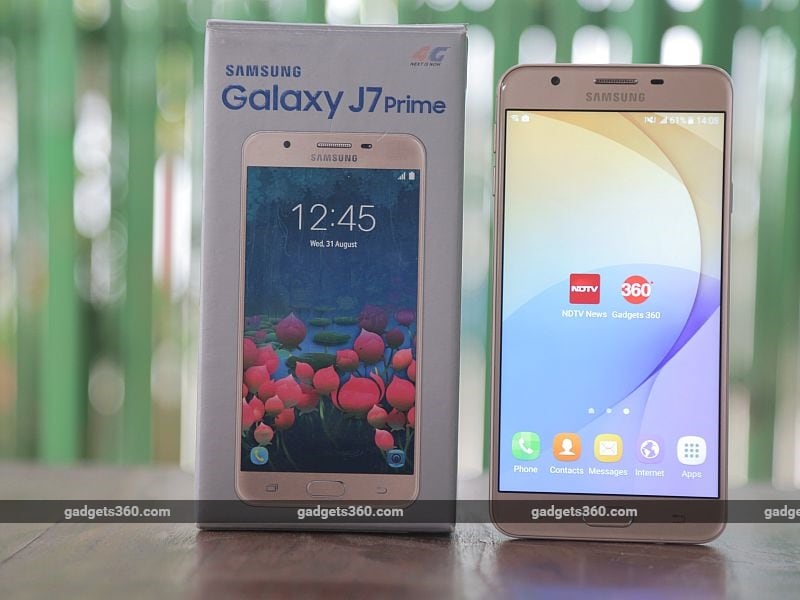 Samsung has reportedly unveiled a new 32GB storage model of the Galaxy J7 Prime. The smartphone was launched back in September last year in India, and came in just 16GB storage model.

An established Mumbai-based offline retailer claims that the new 32GB storage model will be up for sale shortly - and true to the claim, Only Mobiles has now listed the smartphone for purchase on its site. While the Samsung Galaxy J7 Prime 16GB is currently available to buy at Rs. 15,900 while the 32GB storage is listed at a price of Rs. 16,900.

Gadgets 360 has contacted Samsung India to confirm on the availability details of the new 32GB storage model and will update the story when we hear back from the company. For now, it is not listed on the company's India site.

Apart from the inbuilt storage bump, there is nothing new in the Samsung Galaxy J7 Prime (Review). Smartphone is powered by an octa-core Samsung Exynos 7870 processor clocked at 1.6GHz coupled with 3GB of RAM. It supports expandable storage via microSD card of up to 256GB. The dual-SIM phone supports two Nano-SIMs with 4G connectivity on both, though only one can connect to 4G at a time.

On the software front, the biggest highlight of the Samsung Galaxy J7 Prime is the new S Power Planning and S Secure features. There is also an ultra-data saving mode and S bike mode, though both these features have been seen on previous models. The handset is backed by a non-removable 3300mAh battery.