Samsung Galaxy S22 and Galaxy S22 Plus will feature 3x optical zoom on the telephoto camera, according to the tipster. 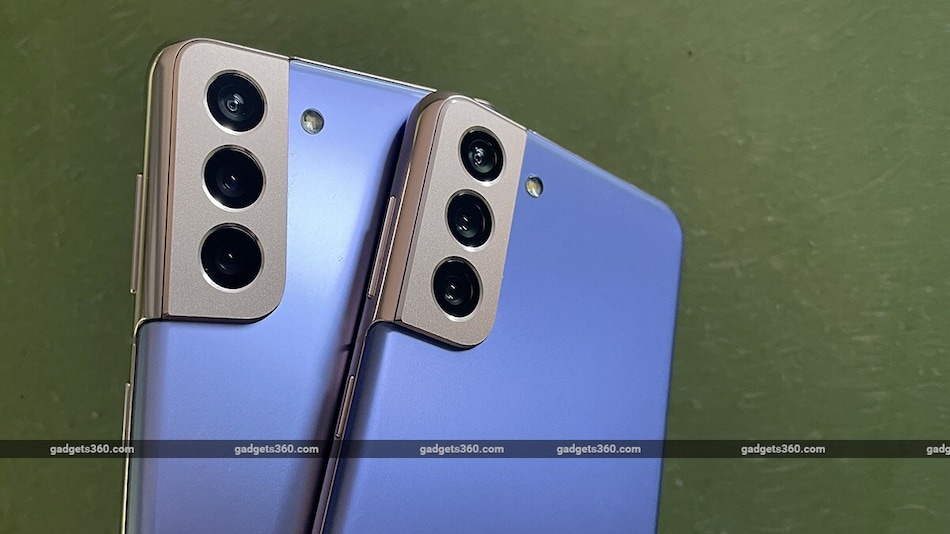 Samsung Galaxy S22 will sport a triple camera setup featuring a 50-megapixel primary sensor, a 12-megapixel ultra-wide camera, and a 10-megapixel telephoto camera, according to new details of the company's upcoming smartphones shared by a tipster. Samsung Galaxy S22 Plus will also reportedly have the same camera specifications. Samsung's upcoming S22 lineup has also been rumoured to ship with the upcoming Snapdragon 8 Gen 1 SoC in India. The regular version of Samsung's upcoming flagship is expected to sport a 6-inch display, while the Plus model could feature a 6.55-inch screen, according to previous leaks.

While the company's flagship smartphones are tipped to arrive in February 2022 after the launch of the much-rumoured Galaxy S21 FE, tipster Ice Universe has now shared supposed camera specifications of the upcoming Samsung Galaxy S22 lineup. The main camera will feature a 50-megapixel primary sensor with a 1/1.57-inch sensor and an f/1.8 aperture, according to the tipster. Readers might recall that the company had equipped the Samsung Galaxy S21 with a 12-megapixel camera.

According to the tipster, who also shared details about the company's upcoming flagship model back in October, the Samsung Galaxy S22 Ultra could feature an "improved" version of the 108-megapixel primary camera, while the 12-megapixel ultra-wide camera could be retained on this year's model. Samsung Galaxy is tipped to feature smaller 10-megapixel Sony sensors for the periscope and telephoto cameras. While there have been several leaks regarding the Galaxy S22 Ultra's camera, the company is yet to announce any details about these smartphones.

New Spider-Man Trilogy, With Tom Holland, in the Works at Marvel and Sony Pictures
Google Fined in Russia for Not Deleting Banned Content from Search, YouTube