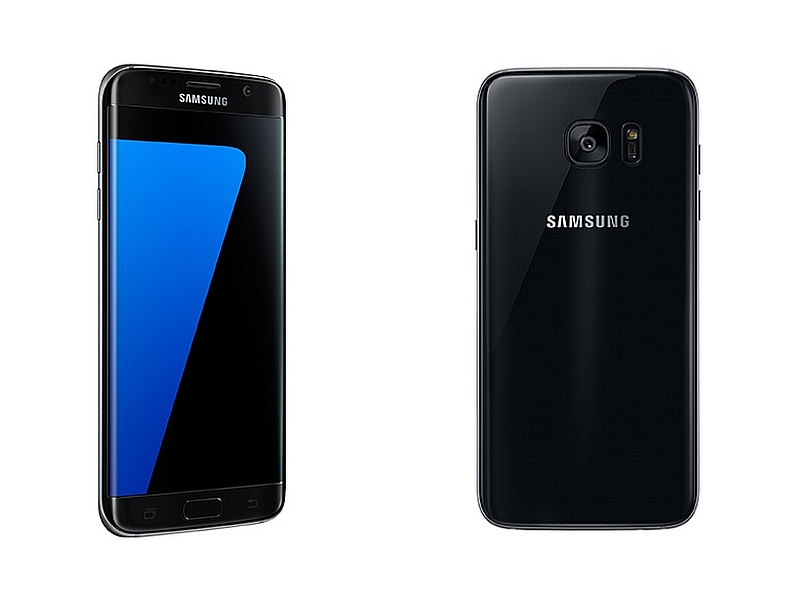 Ahead of the MWC 2016 trade show, Samsung has announced the launch of the Samsung Galaxy S7, its flagship smartphone for 2016. Much like its past year's flagship smartphone, the much-awaited smartphone comes in two variants: the Galaxy S7 and the Galaxy S7 Edge. The smartphones will be made available in select regions from March 11, with pre-orders beginning from Tuesday. Pre-orders in some regions will get a free Gear VR headset bundled alongside six games.

Unlike with the Galaxy S6 and the Galaxy S6 Edge, the South Korean technology conglomerate is this time opting for both its home-grown Exynos 8890 SoC, and Qualcomm's Snapdragon 820 processor, depending on the region. Both the Galaxy S7 models offer expandable storage using a microSD card. Notably, the two smartphones in some regions will come with the hybrid dual SIM feature, where users can either utilise one SIM card and one microSD card simultaneously, or, choose to use two SIM cards.

On the software front, the Galaxy S7 and Galaxy S7 Edge run Android 6.0 Marshmallow, though Samsung has not yet detailed TouchWiz UI changes. On the connectivity front, the both the models support LTE with Category 9, which offers 450Mbps download speeds, and 50Mbps uplink.

"We believe in a world that is brighter, sharper, more convenient, and more fun. We strive to deliver on that vision with the Galaxy S7 and Galaxy S7 edge by marrying elegant design with functionality and providing a seamless mobile experience," said DJ Koh, President of Mobile Communications Business, Samsung Electronics. "We empower consumers with technology to help them get more out of life and will continue to push the frontier of what's possible."

The South Korean technology conglomerate utilised the event to also introduce the Gear 360. It's a standalone spherical camera that can capture a 360-degree view as a high-quality image or video. This footage, Samsung says, then be played on the Gear VR headset or through the Gear 350 app. The company says it will launch the Gear 360 in Q2 2016. Weighing in about 153g, the Gear 360 comes equipped with two lenses of f/2.0 aperture. The lenses allow a user to take images in up to 30-megapixel and videos in nearly 3860x1920. It supports up to 128GB internal storage using a microSD card, and houses a 1350mAh battery that can shoot up to two hours of video.

The Gear 360 also has a 0.5-inch PMOLED display on the top that lets you know about the video mode in which you're shooting.

Samsung's new flagship smartphone will block spam callers. The company announced that it has partnered with Whitepages, a Seattle-based company that provides caller ID and spam detection in the United States. The app will come pre-installed on the Galaxy S7 and Galaxy S7 Edge.