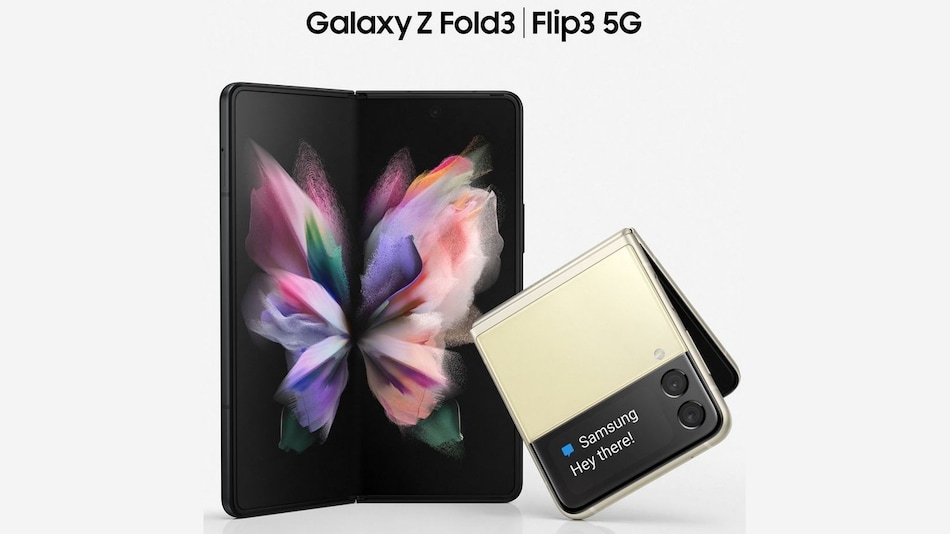 Tipster Tron (@FrontTron), via the Korean News outlet ETNews, recently shared the display sizes of the upcoming Samsung foldable smartphones. The Samsung Galaxy Z Fold 3 is expected to sport dual screens where the primary screen may be 7.55 inches with a 4:3:2 aspect ratio and the cover screen could be 6.23 inches with a 5:4 aspect ratio. On the other hand, the Samsung Galaxy Z Flip 3 is expected to sport a 6.7-inch primary display with a 25:9 aspect ratio and a 1.9-inch secondary screen on the cover.

The official-looking renders of the upcoming foldable smartphones from Samsung leaked recently suggested a few things about their design. The Samsung Galaxy Z Fold 3's render showed an S Pen that had the words 'Fold Edition' laser-etched on it. The phone was seen featuring a triple rear camera setup, the specifications for which are not yet known. The Samsung Galaxy Z Flip 3 was seen with a two-tone finish cover housing a dual camera setup and a secondary display. The body of the smartphone is expected to be finished in glass surrounded by a metal frame.

Last week, both the Samsung smartphones were spotted on different certification sites. This suggests an imminent launch of the Samsung Galaxy Z Fold 3 and the Galaxy Z Flip 3. The former was spotted on BIS listing with the model numbers SM-G507B and SM-F926B/DS, hinting that it may launch in the Indian market soon. While the latter was spotted on the US Federal Communications Commission (FCC) certification site with the model number SM-F711U along with some key specifications. It is expected to be 5G-enabled as it was listed to support a dozen 5G NR frequency bands.