The Vivo V19 will have a dual-hole punch display 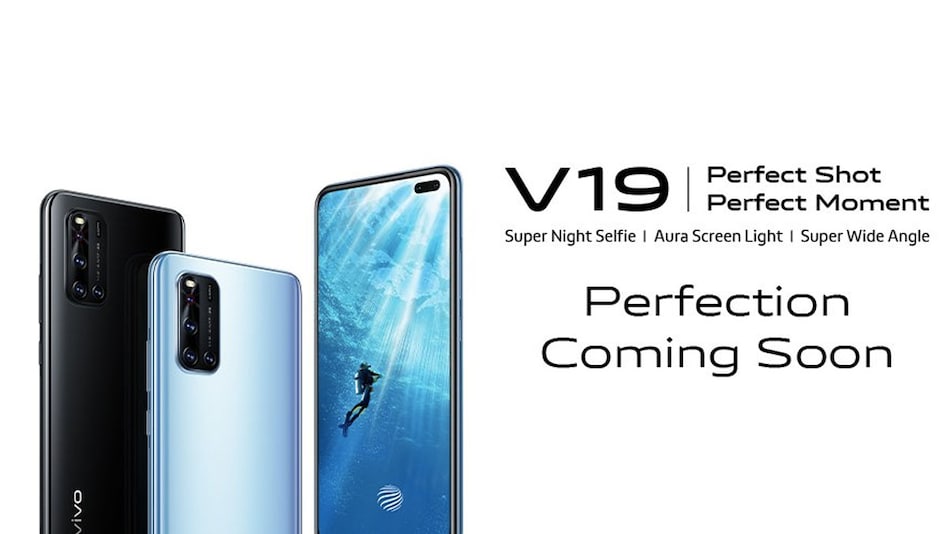 Vivo has teased the V19 for India

Vivo took to Twitter to tease the launch of its upcoming smartphone, the Vivo V19. The teaser reveals the design of the V19 and the dual hole-punch selfie camera is clearly visible along with the quad-camera setup at the back.

The specifications and the pricing details of the upcoming Vivo V19 that's coming to India were reported by 91Mobiles. As per the report, the Vivo V19 will sport a 6.44-inch full-HD+ Super AMOLED display with a 20:9 aspect ratio. Unlike the Indonesian model that sports a Qualcomm Snapdragon 675 SoC, the Indian model is said to be powered by a Qualcomm Snapdragon 712 SoC, along with 8GB of RAM. Leaks suggest that the device will be available in Piano Black and Mystic Silver colour variants.

According to the report, the Vivo V19 will come with an in-display fingerprint scanner just like the Vivo V17. It is said to run FunTouchOS 10 on top of Android 10. The battery is said to be 4,500mAh and will support 33W Vivo Flash Charge 2.0.

The same report claims that the device will be priced around Rs. 25,000 for the base variant with 8GB of RAM and 128GB of storage. The pricing for the higher variant is still unknown at the moment.