Vivo X90 has also surfaced on the TENAA database. 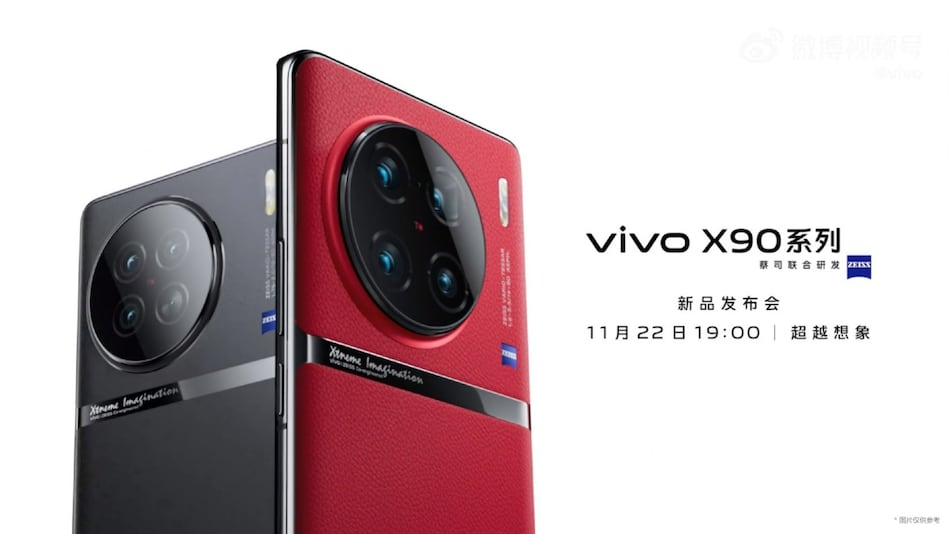 Vivo X90 series is set to break cover in China on November 22. This flagship lineup is believed to include the vanilla Vivo X90, Vivo X90 Pro, and Vivo X90 Pro+. There have been various leaks and rumours surrounding these Vivo handsets in recent times. However, the company has now confirmed that the upcoming series will feature a MediaTek Dimensity 9200 SoC. Vivo has not specified which models might be getting this chipset. In related news, alleged live images of the Vivo X90 Pro and Vivo X90 Pro+ have emerged along with key specifications.

Vivo has shared a post via its official Weibo handle confirming that the Vivo X90 series will feature a MediaTek Dimensity 9200 SoC. The company has not revealed which handset will be getting this chipset. Furthermore, Vivo also teased that its upcoming flagship lineup will also include a Snapdragon 8 Gen 2 SoC-powered model that is believed to be the top-of-the-line Vivo X90 Pro+.

The Vivo X90 series is set to get a Samsung E6/ BOE Q9 display with up to 2,160Hz pulse-width modulation (PWM) dimming. The revealed design suggests that the display will sport curved edges and a centrally-placed hole-punch camera slot. Vivo has also announced that these upcoming flagship smartphones will offer 120W fast charging support.

Tipster Ice Universe has also leaked supposed live images of the Vivo X90 Pro and Vivo X90 Pro+. Both these handsets are depicted to boot OriginOS 3 out of the box. The Vivo X90 Pro is said to feature a 3.05GHz Dimensity 9200 SoC. The leaked model is suggested to pack 8GB of RAM and 256GB of storage.

Meanwhile, the Vivo X90 Pro+ is said to be powered by a 3.19GHz Snapdragon 8 Gen 2 SoC. Its leaked variant supposedly packs 12GB of RAM and 256GB of onboard storage. Both of these upcoming smartphones could come with 8GB of virtual RAM as well. They are also depicted to feature the Vivo V2 image signal processor (ISP).

For optics, this smartphone may get a triple rear camera setup, including a 50-megapixel primary sensor and two 12-megapixel secondary cameras. It is likely to feature a 32-megapixel front camera as well. The handset may measure 8.88mm in thickness and weigh about 196g. The Vivo X90 is said to pack a 2,345mAh dual-cell battery, which may offer a typical value of 4,800mAh.