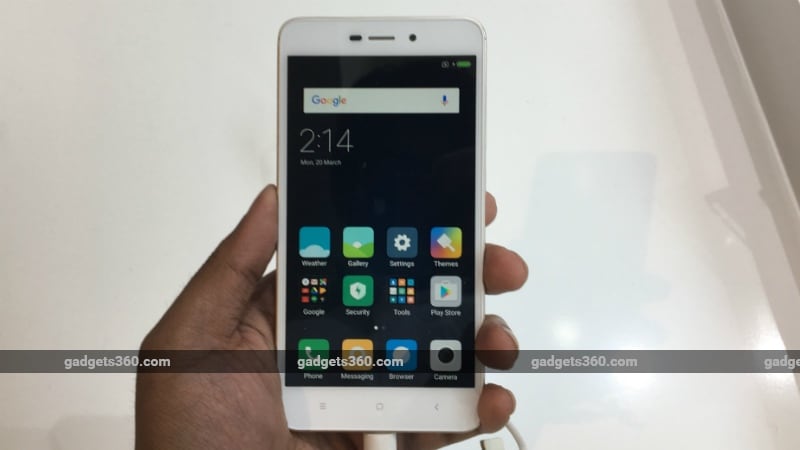 Xiaomi Redmi 4A in Dark Grey and Gold colour options will be available on Amazon India and Mi.com starting 12pm IST, Thursday. Those looking to buy the Rose Gold Redmi 4A will have to wait till April 6; this variant will be sold only on Mi.com. Xiaomi Redmi 4A will not be sold offline.

Xiaomi Redmi 4A specifications and features

Sporting a polycarbonate body, the Xiaomi Redmi 4A bears a hybrid dual-SIM card slot, and runs MIUI 8 based on Android 6.0 Marshmallow. The Redmi 4A sports a 5-inch HD (720x1280 pixels) display, and is powered by a 1.4GHz quad-core Snapdragon 425 SoC coupled with the Adreno 308 GPU and 2GB of RAM.

Xiaomi Redmi 4A connectivity options include 4G VoLTE, Wi-Fi 802.11 b/g/n, GPS/ A-GPS, and Bluetooth v4.1. Sensors on board the smartphone include accelerometer, ambient light, gyroscope, infrared, and proximity. Dimensions of the new Xiaomi smartphone are 139.5x70.4x8.5mm, and it weighs in at 131.5 grams. Redmi 4A is powered by a 3120mAh battery with fast charging support.

At the Redmi 4A launch event, Xiaomi claimed it was the largest smartphone brand in online sales in India, with a 30 percent share in the market. The company also revealed that it has started its second manufacturing plant in India, in Sricity, which is owned and operated by Foxconn. With this second plant, it will have the capacity to produce one smartphone per minute.