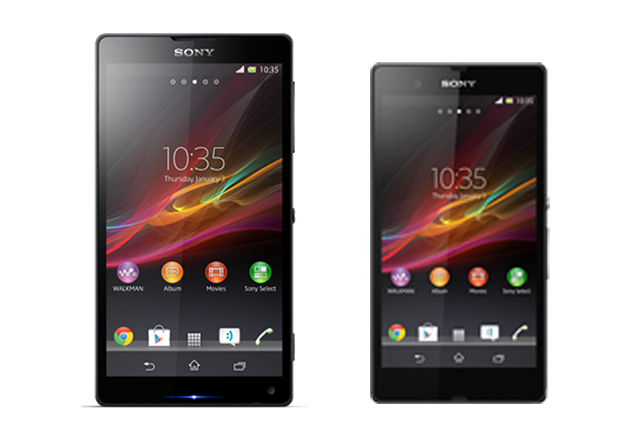 The CES is just around the corner, and the leaks are on the rise. After Huawei, this time it is Sony's turn. This time, you can blame Sony's official website.

The folks over at Xperia Blog spotted images of Sony Xperia ZL and Xperia Z (Yuga) on the Sony website. The company is yet to officially announce either of these devices, though they all-but-confirmed to be released at CES.

The Xperia Z (codenamed Yuga) which we saw in an earlier leak on Tuesday - is reported to be Sony's next flagship Android smartphone. The hardware does look impressive. This flagship boasts a 5-inch 1080p (440ppi) screen, which is powered by Sony's Bravia Engine. That screen could give the likes of HTC Butterfly a run for its money. This Android 4.1.1 (Jelly Bean) device is powered by Qualcomm's quad-core S4 Pro (APQ8064) SoC and 2 GB of RAM. The rear has a 12-megapixel (AF) camera. The phone comes with 16GB of on-board storage, which is expandable via microSD card. Other features include Micro-USB, Wi-Fi 802.11 a/b/g/n, Bluetooth 4.0 and NFC.

The other device, the Xperia ZL is a slightly thicker, heavier, but smaller than the Xperia Z. This is the same device that was leaked as C650X 'Odin' earlier. The hardware specifications of this phone are yet to be confirmed, though some reports have indicated a 1.5GHz processor and Android Jelly Bean. One thing which could be noticed from the image is that the front-facing camera is on the lower-right side. Other than that not much is known about this smartphone.

Looking at these two devices, Sony seems to be serious about their Android line-up this year. Here is hoping they showcase a few more aesthetically appealing, powerful Android devices at CES and MWC.