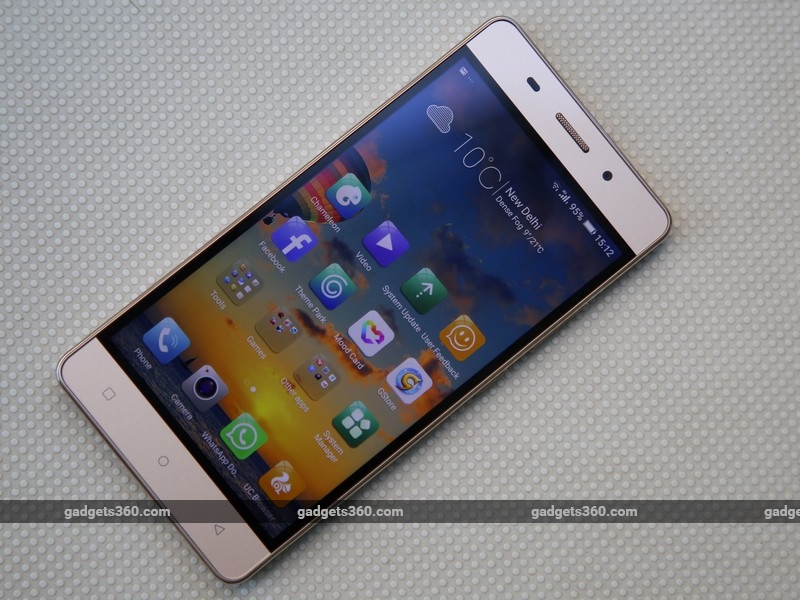 Following up on the success of the latter, we now have the Marathon M5 Lite, which was launched last month. The specifications and features of the newer phone bear a striking resemblance to those of the older M4, only with a newer version of Android and slightly beefed up internals. Although the M4 is still being sold for around the same amount as the M5 Lite, it could replace the older model going ahead.

So which one should you pick right now? Is newer always better? Let's find out.

Look and feel
The Marathon M5 Lite definitely scores more points when it comes to aesthetics. It's slimmer with a more premium look thanks to the new colour and the chrome accents running along its edges. It's slightly heavier though and that heft is noticeable when it's in your pocket. 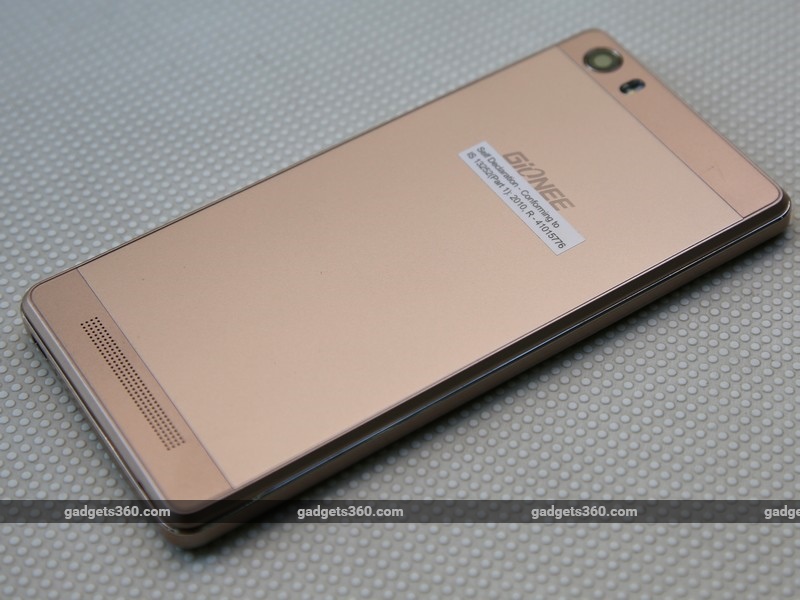 The display is a crisp 5-inch HD IPS panel, and it uses Dragontrail glass for added strength. The pixel density of the display is nearly 300ppi, so images and text are fairly sharp with no visible colour banding or pixelated icons. Brightness levels and viewing angles are good and so is sunlight legibility. We're disappointed that Gionee has once again skimped on a notification LED and backlighting for the capacitive buttons. 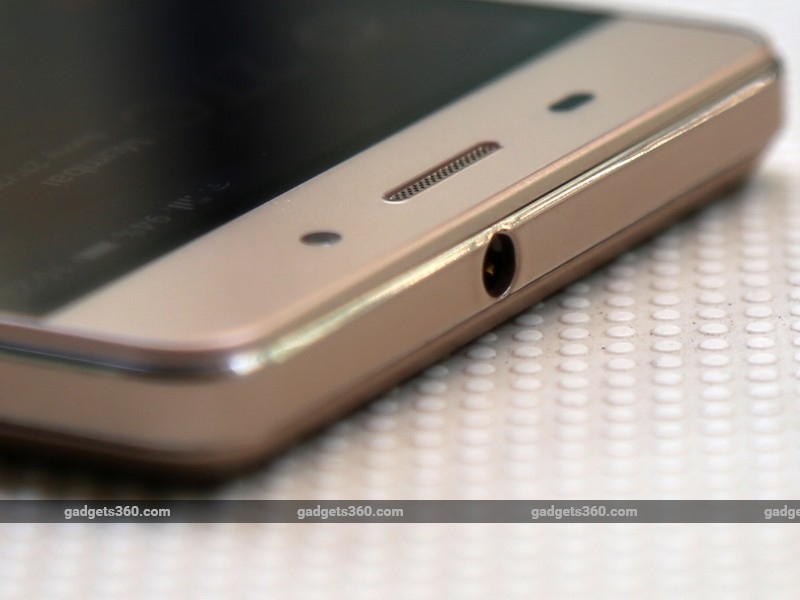 The power and volume buttons are ergonomically placed on the right side which makes it easy for single handed use. The sides don't offer as much grip as the rear cover, so you'll find it a bit slippery if you just hold the sides. The rear cover is removable but the battery isn't. Here, we have the two Micro-SIM slots that support 4G, along with a microSD card slot that you can use to add up to 128GB of storage. 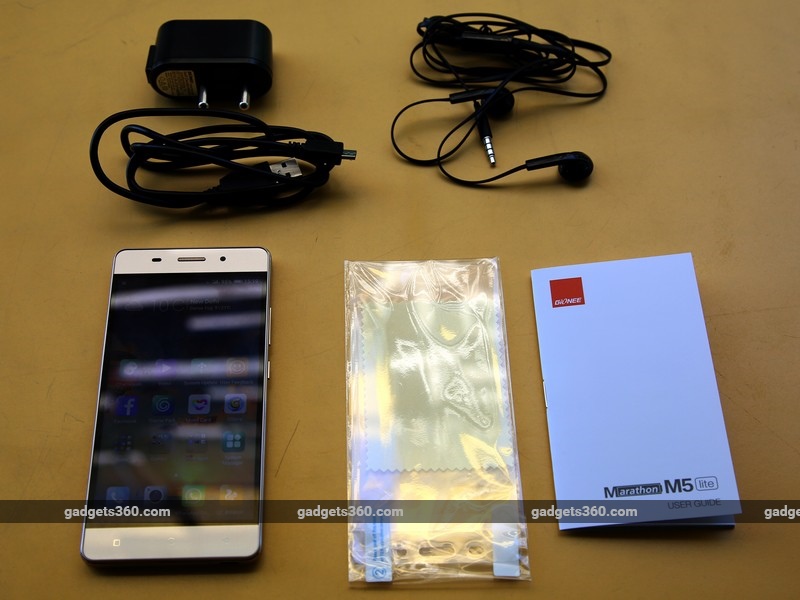 In the box, you get a charger, USB cable, screen guard, case, and some instruction manuals. The accessories look and feel quite cheap and aren't of the same calibre as the ones that come with the Marathon M4 and M5. The phone doesn't support any form of fast charging and the bundled charger is a standard 5W unit, which isn't ideal for such topping up such a large battery.

Specifications and software
Gionee has used the same internals as the Marathon M5, which consist of a quad-core MediaTek MT6735 SoC, 3GB of RAM, and 32GB of onboard storage. This is good considering the price difference between the two phones. Other features are similar as well, including Wi-Fi b/g/n, Bluetooth 4.0, USB OTG, FM radio, Miracast and GPS. There's a slightly smaller 4000mAh battery, though it still promises multiple days' worth of usage. 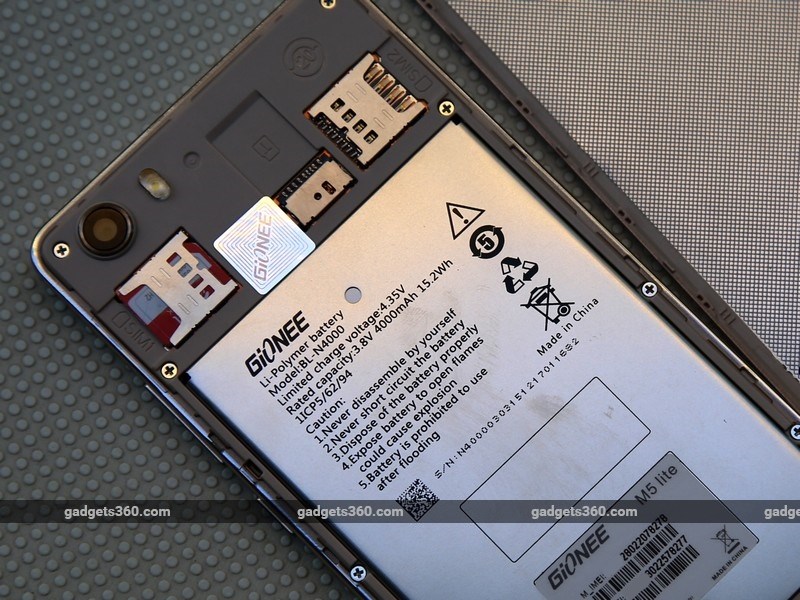 The Marathon M5 Lite uses Android 5.1 Lollipop with Gionee's Amigo 3.1 skin running on top. The experience is very similar to that of any other Gionee phone and since we've covered all the features in great detail in past reviews, we'll only skim through them here.

The stock launcher is a single-layered interface with options to customise the transition effects of icons on the home screen. We wished there was a quick way to change the wallpaper from the home screen instead of having to go into the settings. Quick settings and toggles are all in the Control Centre, which can be accessed by swiping up from the bottom, while the drop down shade is reserved for notifications. The Settings app also has Smart Gestures feature, which enables touchless controls for media and Web browsing by waving your palm over the phone. 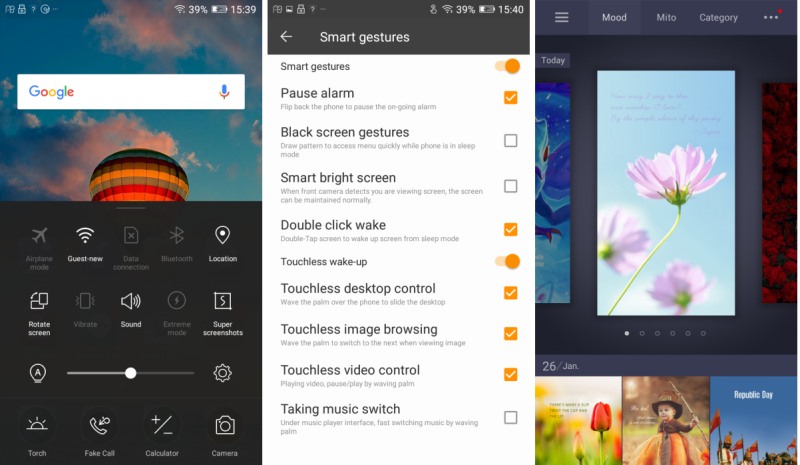 Most of the pre-installed apps can be removed, except for some like Chameleon, which lets you change the theme by picking complementary colours from anything you capture with the camera; GStore, an app store for games; Theme Park, which lets you browse through multiple themes; and Mood Card, for picture message templates that can be edited with a personalised message and shared. Apps that can be uninstalled include WPS Office, TouchPal 2015, DU speed Booster, Gionee Xender, UC Browser, and some trial games.

Performance
Considering the specifications of this phone, it's no surprise that the M5 Lite handles most tasks with ease. General app performance and multitasking is smooth as you always have about 1.6GB of free RAM at your disposal. 4G also works well and the phone rarely heats up during normal usage. 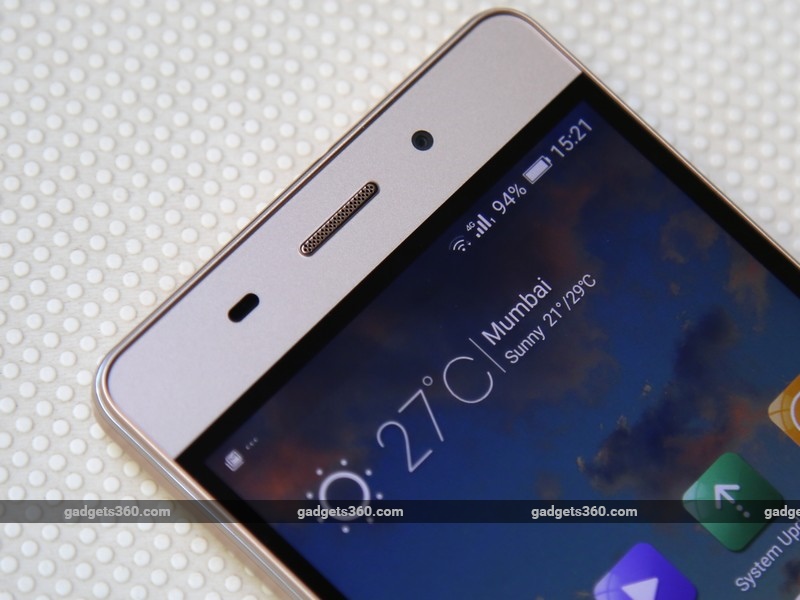 3D games such as Dead Trigger 2 and Ski Safari 2 didn't have trouble running smoothly. The phone also fared decently in benchmarks, with AnTuTu delivering a score of 33,022 and 3DMark Ice Storm giving us 5749 points.

Multimedia support is also good as the stock video player handles high bit-rate video files with ease and also comes with DTS audio enhancement. With it enabled, the rear mono speaker delivers decently loud audio for music and videos. The music app offers DTS audio as well as a customisable equaliser setting. The audio quality from the bundled headset is below average, and it doesn't have a good fit when worn. 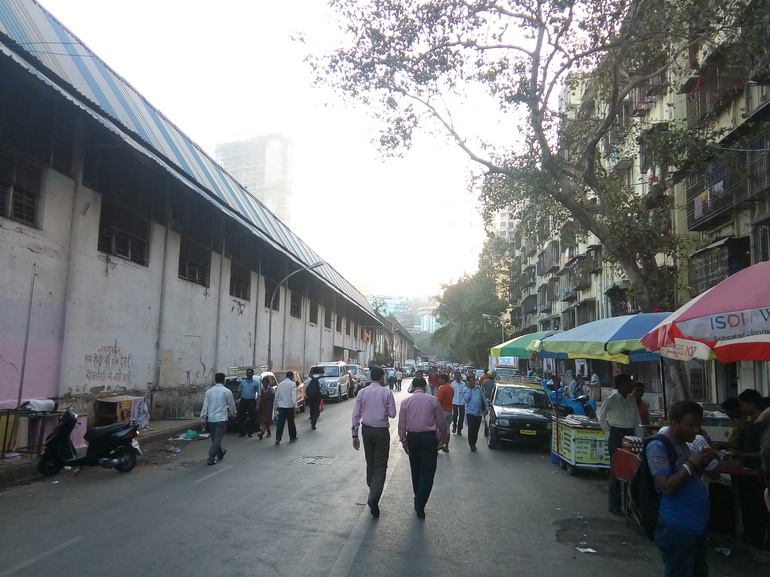 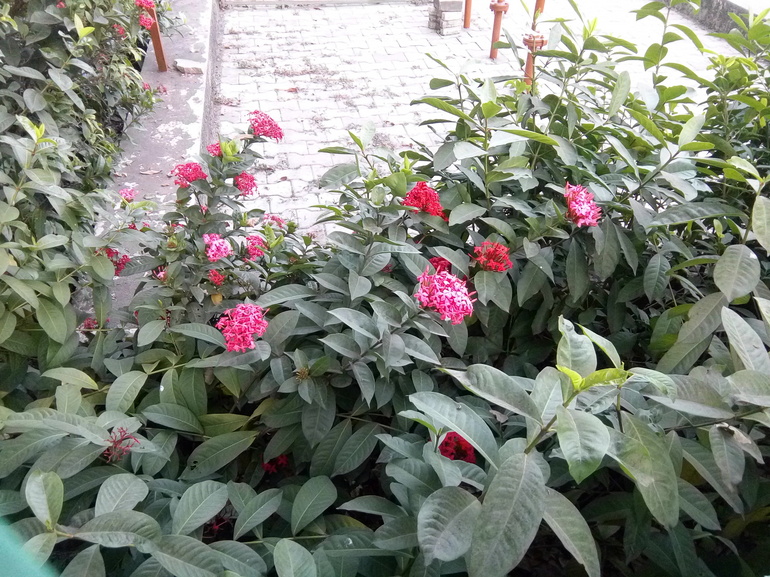 We had a slight issue with light metering from the rear camera. Bright areas tended to burn out and the colours of close up shots were exaggerated. The pictures look passable on the phone's display but lack good detail and sharpness when you zoom in and look on a bigger screen. The camera app lets you play with multiple shooting modes, including a Pro mode. Low-light shots were pretty average as well, with the level of detail and autofocus speed dipping greatly. 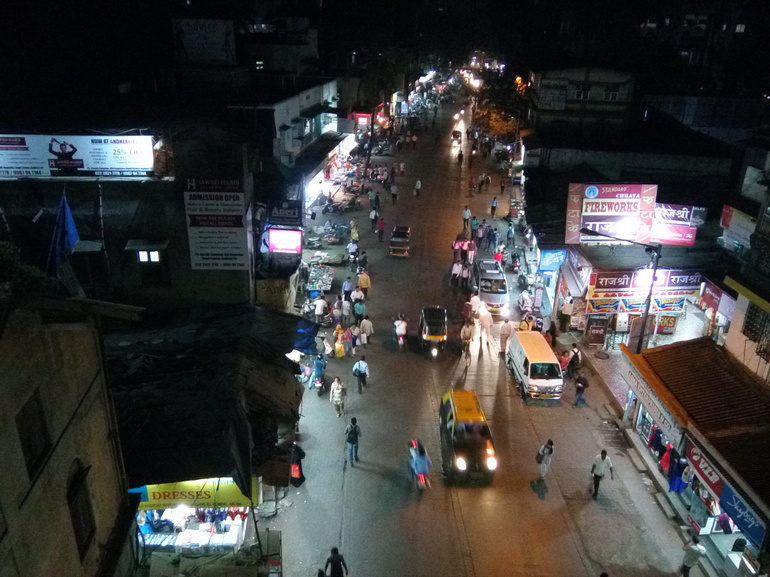 Video recording maxes out at 1080p which is not so bad thanks to the software stabilisation. The rear flash does its job as long as the subject is not too far away. The front 5-megapixel camera takes decent selfies under good light. 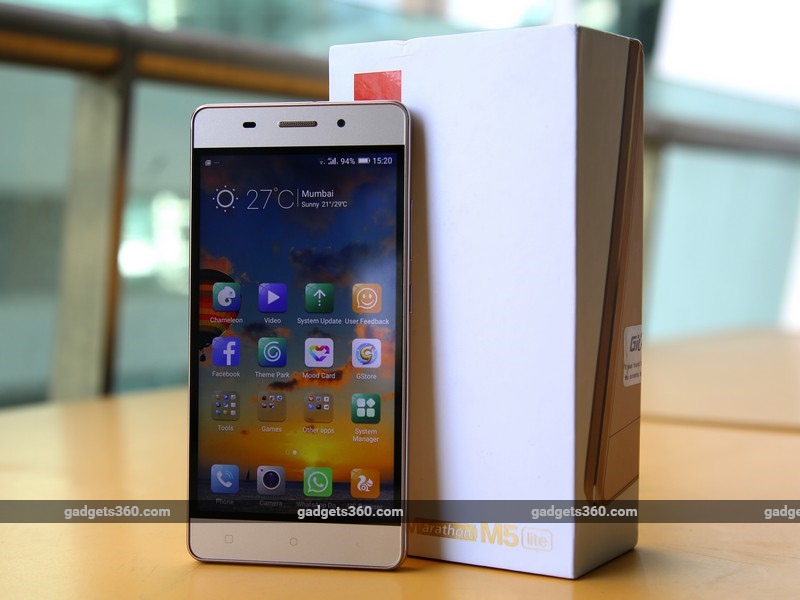 Battery life
This is of course the main highlight of the Marathon series, and although the M5 Lite delivers, it isn't as great as we had hoped it would be. In our video loop test, we managed to get 11 hours and 47 minutes of continuous video playback. With everyday usage, it was more like a day and a half of battery life. While this is good, it isn't ground-breaking like we've come to expect from the Marathon series. For instance, something like the Oppo R7 Lite (Review | Pictures) delivered better battery life in our video loop test with a mere 2320mAh battery.

One pain point is getting the massive battery to charge fully, which takes nearly four hours with the bundled charger.

Verdict
With a street price of Rs 12,999, the Gionee Marathon M5 Lite misses the mark as it feels expensive when you consider the overall package. If battery life is what you're after in this price range, then you're better off with the older Marathon M4, since apart from the aesthetics, you'll barely notice the other changes.

We appreciate the slimmer, better-looking body and the all-day battery life of the M5 Lite, but apart from this, everything else leaves you wanting more. The quality of the bundled accessories is also pretty poor when compared to previous Marathon offerings.

Gionee might be compromising a bit too much with the Marathon series as it also recently added the M5 Mini to its range, which is also similar to the M5 Lite. Rather than milking the success of one phone by flooding the market with Marathon M5 variants, we feel the company needs to take a step back and evaluate what's really needed.