OnePlus Nord 2 is the latest in the affordable Nord series from OnePlus, but should it be your first pick? 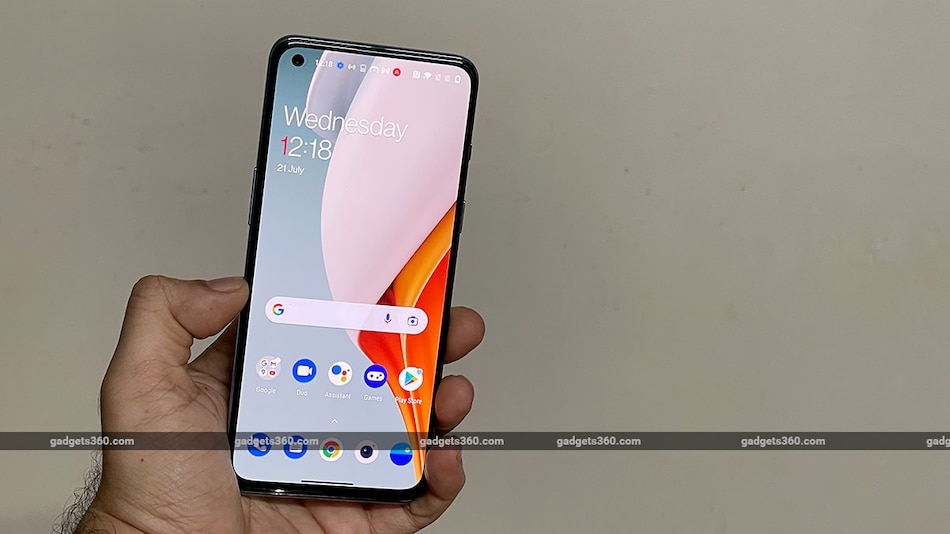 OnePlus Nord 2 has been launched as the successor of the OnePlus Nord. The OnePlus Nord was an important smartphone for OnePlus, since it offered consumers an affordable option. The new OnePlus Nord 2 starts at Rs 27,999, which is slightly higher than the original Nord's base price, but it's positioned above the even more affordable Nord CE 5G now. It has higher resolution cameras, a more powerful SoC with 5G connectivity, and stereo speakers. So is this new phone a worthy successor to the OnePlus Nord, or does it fail to offer the same kind of value? I put the OnePlus Nord 2 to the test to find out.

OnePlus Nord 2 5G carries the family look, and looks similar to the OnePlus 9-series smartphones. It has a big 6.43-inch display with a hole-punch camera in the top left corner. The panel has thin bezels, and only the chin is slightly thicker. OnePlus has gone with a glass back for the Nord 2 which gives it a premium look and feel. You get Corning Gorilla Glass 5 protection at the front and back. The back glass curves towards the sides where it meets the frame making it easy to grip the device.

The mid-frame is made out of plastic but it does not feel cheap. Button placement is quite good, with the power button on the right and the volume buttons on the left of the frame. These are easy to hit when holding the device in one hand. The alert slider, a common sight on most OnePlus smartphones, is on the right just above the power button. It makes it convenient to switch ringer modes easily.

The Nord 2 has a 32-megapixel selfie shooter

Just like the OnePlus Nord (Review), there is no 3.5mm headphone jack on the Nord 2, although the more affordable OnePlus Nord CE 5G (Review) does have one. If you were looking forward to the headphone jack, you might be disappointed, but the Nord 2 5G has stereo speakers which are a welcome addition. The USB Type-C port sits at the bottom next to the dual-SIM tray. The top of the frame only has the secondary microphone. You don't get an IP rating on the OnePlus Nord 2, which other phones in this segment such as the Samsung Galaxy A52 (Review) and Poco F3 GT do have.

Coming to the back, the camera module is in the top left corner, and packs in three sensors. The lenses of two of them appear much bigger, just like the OnePlus 9R (Review). This module does jut out a bit causing the smartphone to rock about when placed on a flat surface. The OnePlus Nord 2 weighs 189g and packs in a 4,500mAh battery. To top up the battery quickly, it comes with a Warp Charge 65W charger in the box. My review unit was a Haze Blue one and the finish did a good job of hiding fingerprints. OnePlus does also provide a case in the box to protect it.

The OnePlus Nord 2 5G sports a full-HD+ AMOLED display with a 90Hz refresh rate and support for HDR10+. It also has an in-display fingerprint scanner that's well positioned and easy to use. OnePlus has used the MediaTek Dimensity 1200 processor to power the Nord 2. The company claims to have worked with MediaTek on the processor to improve its AI capabilities, and so it is officially called the Dimensity 1200-AI here.

You get 6GB, 8GB and 12GB LPDDR4X RAM options with the OnePlus Nord 2, and either 128GB or 256GB of UFS 3.1 storage. I had the top-end variant with 12GB of RAM and 256GB of storage for this review. Storage is not expandable on the Nord 2. There is support for dual 5G, 4G VoLTE, Bluetooth 5.2, Wi-Fi 6, NFC, and five satellite navigation systems. The OnePlus Nord 2 is a dual-SIM device with two Nano-SIM slots.

The Nord 2 runs OxygenOS on top of Android 11

OnePlus has built a reputation for offering a clean user experience thanks to its OxygenOS software. However, recently OnePlus announced that OxygenOS will be merging with Oppo's ColourOS to share a common codebase going forward. The OnePlus Nord 2 runs OxygenOS 11.3 on top of Android 11, and the effects of the merger can already be seen in the UI. I'm talking about the Settings and the Camera apps in particular, which now show some ColourOS influence. Don't worry, these changes aren't drastic, and the UI still feels like OxygenOS.

You get Google apps along with a few OnePlus apps and Netflix preinstalled on the device. OnePlus guarantees two years of software updates and three years of security updates with the device, which should help it age well. My OnePlus Nord 2 unit was running the July Android security patch which is the latest one at this point.

The OnePlus Nord 2 offers a smooth experience. With the display set to 90Hz by default, you will notice smooth scrolling right out of the box. You can tweak the colour profile of the display to suit your liking. OnePlus' AI enhancements for video can be enabled from the Settings. One example is slightly boosted contrast and sharpness in videos, using supported apps (this worked on YouTube). I found the in-display fingerprint scanner to be very responsive, needing only a single attempt to unlock the device. Face recognition also worked well consistently.

I did put the OnePlus Nord 2 through benchmarks to see how this new Dimensity 1200-AI performs. In AnTuTu, the OnePlus Nord 2 managed to score 5,82,748 points. In PCMark Work 3.0, it managed 8,323 points. It also managed 819 and 2,749 points respectively in Geekbench 5's single-core and multi-core tests respectively. Graphics benchmarks scores were also good with the Nord 2. In GFXBench's T-Rex and Car Chase scenes, it managed 74fps and 34fps respectively.

I played Battlegrounds Mobile India (BGMI) on the OnePlus Nord 2 and it defaulted to HD graphics and High frame rate. The game was playable at these settings without any lag or stutter. I played for 20 minutes and noticed a 4 percent drop in the battery level. The phone became slightly warm to the touch.

OnePlus has packed a 4,500mAh battery into the Nord 2 and it is capable of delivering about a day and a half worth of battery life without any issues. In our HD video loop test, the OnePlus Nord 2 managed to run for 19 hours and 46 minutes with the screen refresh rate set to 90Hz. The bundled 65W Warp Charger is capable of taking the battery to 58 percent in 15 minutes and 98 percent in 30 minutes.

The OnePlus Nord 2 5G has a triple camera setup with a 50-megapixel Sony IMX766 primary camera, which is also present on the OnePlus 9. The primary camera has an f/1.88 aperture and OIS. There's also an 8-megapixel ultra-wide-angle camera with a 119.7-degree field of view, and a 2-megapixel mono camera. The camera app UI is slightly different compared to what we've seen on previous OnePlus smartphones but I was able to find my way around without any issues.

The OnePlus Nord 2 5G was quick to lock focus and the AI could detect scenes quickly. In daylight, photos had decent details and accurate colours. Photos looked natural and even objects at a distance were recognisable. The ultra-wide-angle camera has a wider field of view but there is a noticeable drop in image quality.

Close-up shots were crisp with natural-looking depth for the background. The OnePlus Nord 2 also managed minute details well. Portrait mode lets you set the level of blur before taking a shot. The output had good edge detection and separation from the background.

Selfies taken with the 32-megapixel front camera looked natural in daylight as well as low light. Selfie portraits worked even with masks on and the phone did let me set the level of portrait blur before taking a shot.

Video recording tops out at 4K 30fps on the Nord 2. Footage was well stabilised in daylight and I only noticed occasional shimmers while walking and recording vido after dark.

The OnePlus Nord 2 reminds me of older OnePlus smartphones, which used to deliver great value for money. With the OnePlus flagship series going up in price every year, the Nord 2 will come as some relief for those who don't wish to spend so much. It sticks to the company's core philosophy and delivers good performance and cameras for the price. The software experience is also good, and I hope that the integration of OxygenOS with ColourOS does not change this too much. For those looking purely at performance and gaming, the Poco F3 GT could be an alternative worth considering. However, if you are looking for a good all-rounder at this price level, the OnePlus Nord 2 should be your pick.