Is this another sure-shot winner for Samsung? 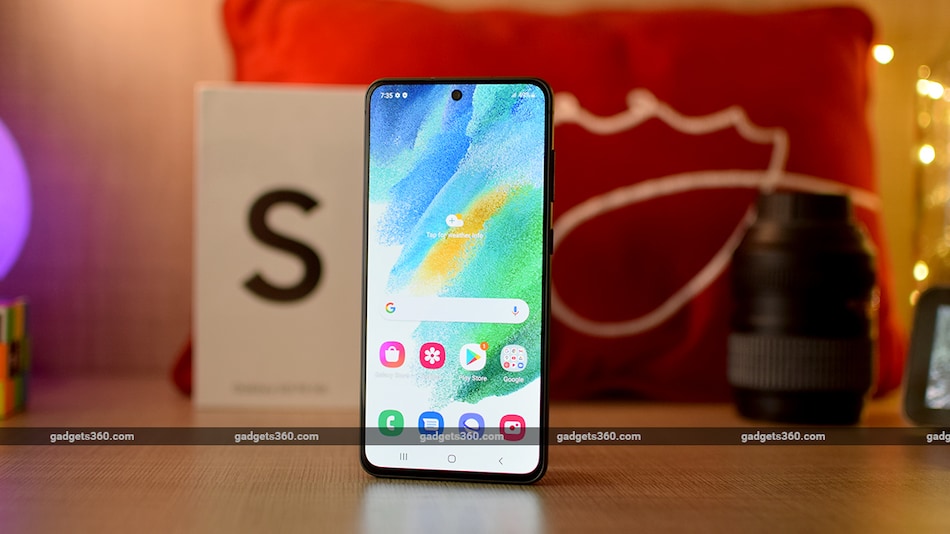 The Samsung Galaxy S20 FE and Galaxy S20 FE 5G have been huge successes for the company, so much so that Samsung has reportedly sold over 10 million units globally, so far. Naturally, Samsung wants to continue riding this wave, and what better way to do so than to follow them up with a new version.

Samsung has just launched the Galaxy S21 FE 5G in India, a hotly anticipated smartphone that follows the same formula as before — offering flagship-level specifications and features similar to those of the premium S21 series, but long after their launch and without the premium price. Samsung sent us a unit for review, and while that is ongoing, here's a peek at what you can expect from Samsung's latest value flagship.

The premium experience begins with the packaging, which is a minimalistic, slim box just like the ones this phone's siblings come in. Inside, you get the phone, a USB Type-C to Type-C cable, and a SIM eject tool. In modern flagship fashion, there's no power adapter in the box, as there was with last year's FE models.

Compared to the Samsung Galaxy S20 FE 5G, the Galaxy S21 FE 5G doesn't change the game in any major way, mostly because the previous phone was already packed to the gills with features. Instead, we get a few evolutionary changes such as the design and SoC.

The Samsung Galaxy S21 FE 5G has a contour-cut design for the camera module, just like the Galaxy S21 series, but this portion is built from plastic instead of metal and isn't an extension of the frame. The back panel is also plastic but the display gets Gorilla Glass Victus for better scratch protection. The metal frame feels sturdy, and you'll find the power and volume buttons on the right, and the USB port and dual-SIM tray on the bottom. There's no headphone jack.

The S21 FE 5G is fairly slim at 7.9mm and is definitely lighter at 177g than the 190g of the Galaxy S20 FE 5G. The Graphite colour unit that I have does make the design feel a little boring, but thankfully there are also brighter shades such as Olive, Lavender and White. The phone is available in two storage variants, 128GB and 256GB, with the same 8GB of RAM in both. However, the SIM tray is not the hybrid type that we saw in the Galaxy S20 FE 5G, which means you can't expand the internal storage.

On the front, we have a large and bright 6.4-inch AMOLED display with a 120Hz refresh rate. The display is flat on all sides and has relatively slim bezels too. There's a 32-megapixel selfie camera in the cutout, and an in-display optical fingerprint sensor. The display looks great, in the short time I've been using it, with good colours and sharpness. The fingerprint sensor works well too and the high refresh rate makes usage feel snappy.

The next big change is the SoC. The Samsung Galaxy S21 FE 5G features an Exynos 2100, which is the same chip found in Samsung's flagship S21 series. We were hoping to see the Qualcomm Snapdragon 888 SoC in the version of this phone sold in India, since that's what's in some of the global variants, and especially since the Galaxy S20 FE 5G was based on the Snapdragon 865 SoC. Nevertheless, The Exynos 2100 is still a flagship SoC and we'll be putting it through its paces in the full review.

On the software side, the Samsung Galaxy S21 FE 5G ships with OneUI 4, based on Android 12. The new version has small tweaks throughout the interface and menus, but overall, it looks and feels familiar.

A lot of the features from the Samsung Galaxy S20 FE 5G are carried over to the Galaxy S21 FE 5G. There's an IP68 rating for dust and water resistance, stereo speakers, Samsung Pay with NFC, and Wireless Dex mode. It even has the same battery capacity of 4,500mAh, with 25W fast wired charging, 15W wireless charging, and reverse wireless charging.

It's a similar story with the cameras. The Samsung Galaxy S21 FE 5G has three rear cameras with the same resolutions as those on the Galaxy S20 FE 5G. These are a 12-megapixel primary, a 12-megapixel ultra-wide, and an 8-megapixel telephoto with 3X optical zoom.. There's still a lot of testing to be done, but so far the cameras seem pretty competent.

At first, the Samsung Galaxy S21 FE 5G doesn't feel like a major step up over its predecessor, and from what I can make out so far, the only big changes seem to be the design and the SoC. The removal of microSD card support is a bit disappointing too. The official prices for the Galaxy S21 FE 5G are Rs. 54,999 for the 128GB variant and Rs. 58,999 if you want 256GB of storage, but Samsung has announced a limited time cashback offer which knocks Rs. 5,000 off those prices if you use HDFC Bank cards, which makes this phone a bit more attractive. But how does the Galaxy S21 FE 5G stack up to its competitors, the biggest one being the Galaxy S20 FE 5G? We'll be answering that and many more questions in our full review, so stay tuned.