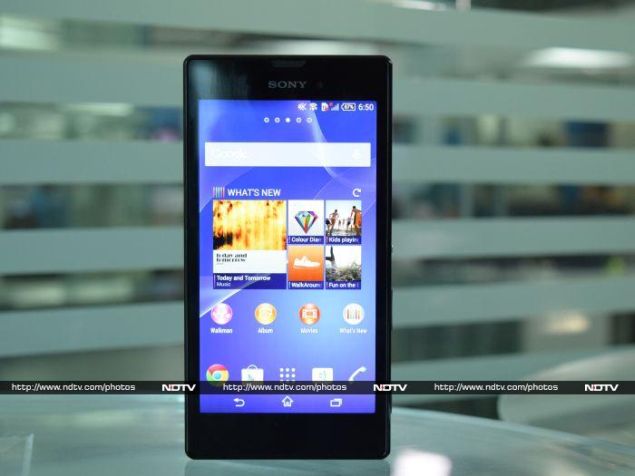 The advent of new players in the Indian Android smartphone market has changed its dynamics a lot. Well-entrenched brands such as Sony, Samsung and HTC have had to innovate rapidly. Sony's latest is a slim smartphone which has a decent set of specifications on paper - the Sony Xperia T3.

The only problem we anticipate is the pricing of this phone, compared to others with similar specifications. We put it to the test to find out if the Xperia T3 is worth its rather high price tag. 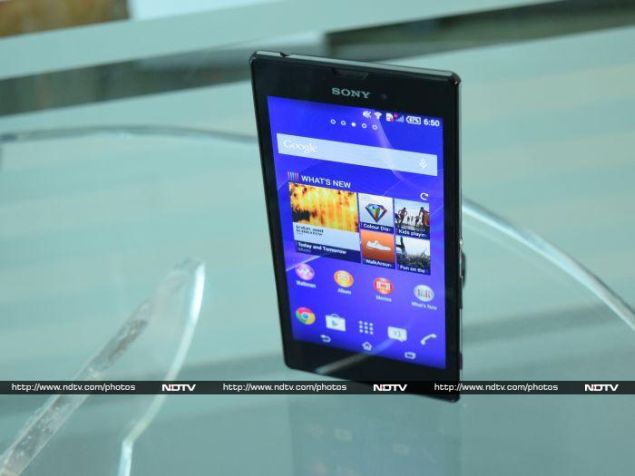 Look and Feel
Sony seems to be bullish on its Omnibalance design for smartphones, which was introduced with the Xperia Z. The Xperia T3 follows the same principles but tweaks them slightly to accommodate a matte plastic back. A stainless steel strip runs along the edges of the phone and makes it look premium. The back attracts a lot of grime and we think the glass back on Sony's more premium smartphones looks better. The Xperia T3 is available in Sony's usual three colours - black, white and purple. 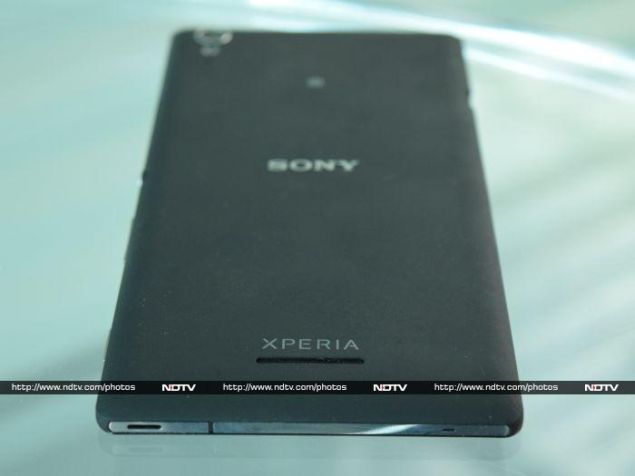 The Xperia T3 is possibly the slimmest Sony smartphone yet, at 7mm thick. Its weight of 148g is distributed evenly. It has a width of 77mm and a height of 150.7mm. The bezels around the 5.3-inch screen are quite thick, making the Xperia T3 look large. Sony could have trimmed it little bit more but we are nit-picking here because the Xperia T3 is actually pretty comfortable to use. Unlike its more expensive siblings, the Xperia T3 is neither waterproof nor shockproof.

Sony has decided to place the Micro-USB port on the left edge of the device. The right is crowded with a dedicated camera shutter button, volume rocker, power button and a flap that conceals the SIM card and microSD card slots. A 3.5mm jack sits on the top while a lanyard eyelet and microphone are present on the bottom. The non-removable rear of the smartphone has the camera with flash and the loudspeaker. 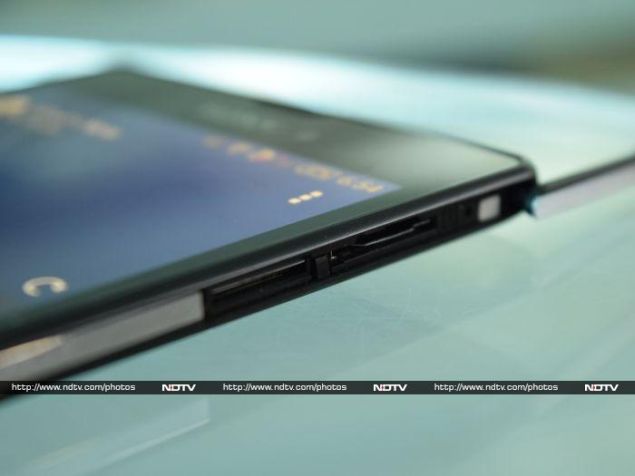 Specifications and Software
The Xperia T3 runs on a 1.4GHz quad-core Qualcomm Snapdragon 400 processor with Adreno 305 graphics, and has 1GB of RAM. The phone has 8GB of internal storage and accepts microSD cards up to 32GB, which is low considering even cheaper phones support up to 128GB cards.

There is an 8-megapixel rear camera with a flash and a 1.1-megapixel front camera. The rear camera can shoot 1080p videos while the one in front can capture videos at up to 720p. The Indian variant of the Xperia T3 does not support 4G but can connect to 3G networks. Apart from Wi-Fi and Bluetooth 4.0, the Xperia T3 also supports NFC. Inside the phone is a large 2,500mAh battery.

The 5.3-inch screen has a 720p resolution, which translates to a pixel density of 277ppi. The screen is adequately sharp and the colours are saturated nicely thanks to the Mobile Bravia Engine 2, but viewing angles are not that good as the glass is very reflective. Moreover, the screen was too dim and we had to crank up the brightness most of the time. 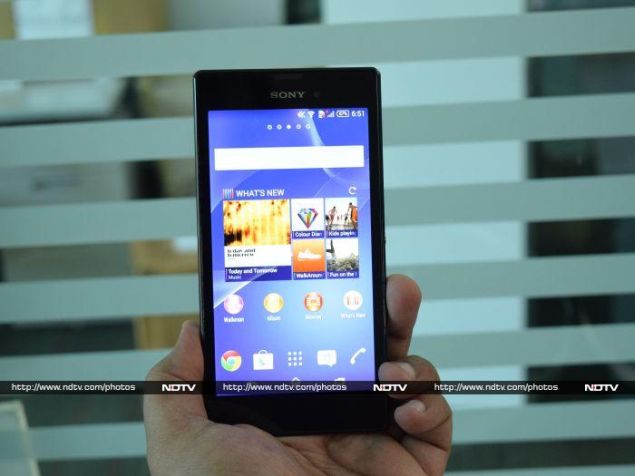 The phone runs Android 4.4.2 KitKat, which is great. Sony slaps its usual skin on top of it, which is nothing we haven't seen before in other Sony smartphones. Annoyingly, long-pressing one of the quick toggles in the notifications shade doesn't take you to the relevant settings page, though we like the fact that the shade is transparent. 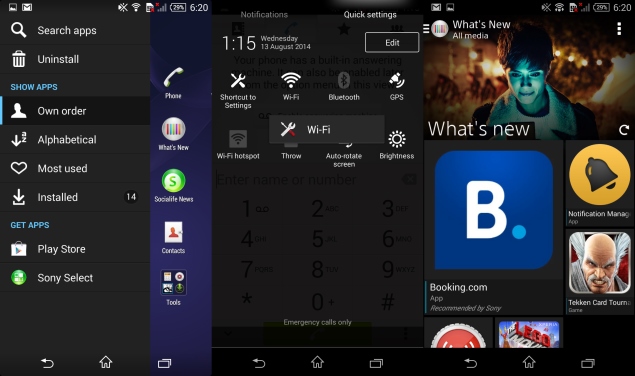 What's New is basically a curated content board which offers information about new apps, games, music, TV shows and movies on the Play Store. It is present on the home screen by default and looks good. 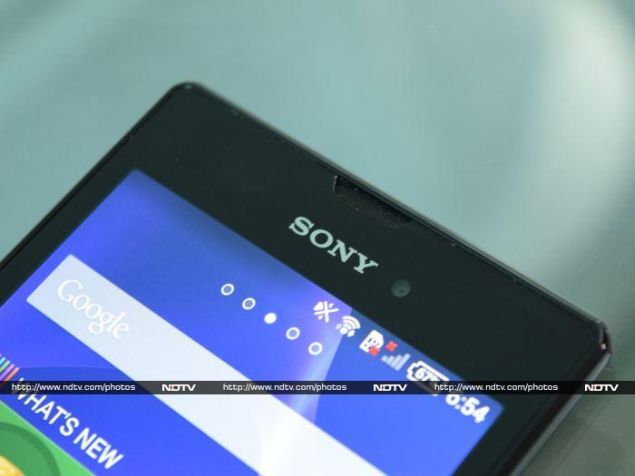 Camera
Sony's custom camera software has a ton of modes including Superior Auto, Manual, AR Effect, Creative Effect, Timeshift Burst, Social Live, Sweep Panorama and Portrait Retouch. As we mentioned in the review of the Sony Xperia T2 Ultra, the AR Effect mode is gimmicky and looks cheap. In order to shoot in HDR one has to find the setting inside the Manual mode. 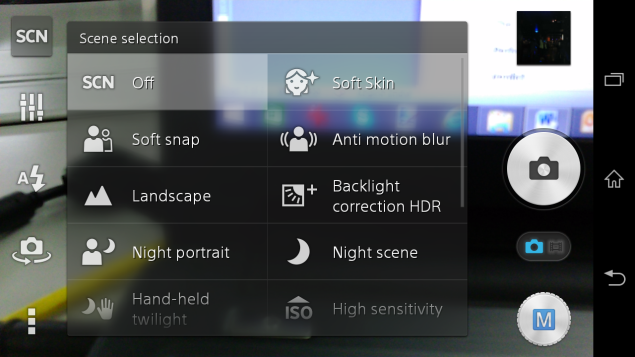 The pictures captured by the 8-megapixel rear camera look good. The Xperia T3 captures a lot of detail, which is evident in the picture of leaves on a tree. The colours are natural too. The only problem is that it doesn't let in adequate light, making photos look slightly duller than they should be. While photos captured in the HDR mode have a few muted details, the results are stunning and HDR photos are great for uploading to social networking websites.

The camera struggles in low light conditions and we ended up capturing images with a lot of blur. 1080p video has a weird problem - despite holding the phone steady, captured video looked like a waving flag. We suspect it could be Sony's over-enthusiastic vibration reduction at play. The 1.1-megapixel front camera is okay and can work for those times when you desperately need to take a selfie. 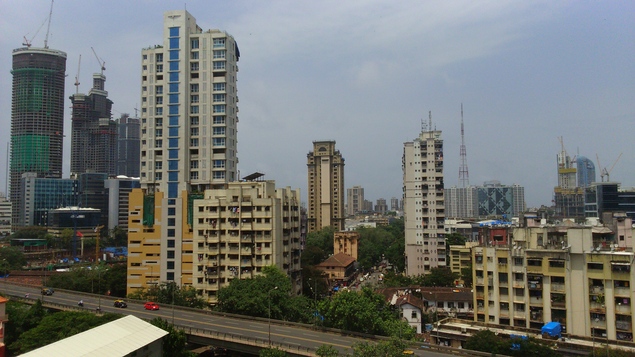 Performance
Qualcomm's Snapdragon 400 is a capable processor and it showed in our experience with the Xperia T3. In daily use, the phone was usually zippy with nary a lag. Apps opened and closed quickly, and we could browse through the app drawer with ease. The numbers are slightly higher than with what we have seen with other devices powered by the same processor. The Xperia T3 scored 19,924 and 10,324 respectively in our AnTuTu and Quadrant benchmarks.

Gaming on a big screen is something the target audience would want to do but the Adreno 305 GPU can only handle casual games such as Temple Run and Angry Birds. We tried Shadowgun: Deadzone and it stuttered during gunfights. The numbers also prove this - the smartphone scored only 5,823 and 11fps respectively in 3DMark Ice Storm and GFXbench. 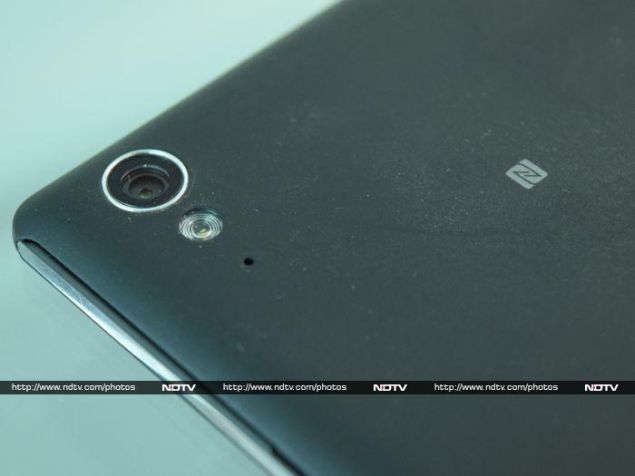 We threw a bunch of test videos at the Xperia T3 and it played all of them, including the most heavily encoded 1080p clip without any hassle. The Xperia T3's speaker is one of the loudest we've tested and it was quite clear too. The bundled earphones are not the in-ear kind but they get the job done by being adequately loud and reproducing the low-end decently. Although, the sound was much better with our reference headphones.The earpiece volume is good and during our testing we didn't experience call drops.

The Xperia T3 also performed admirably in our battery test. It lasted us 11 hours and 6 minutes, which is really good. The Stamina mode is even more wonderful because in two separate instances the phone lost only one percent of its charge in nine hours of inactivity. 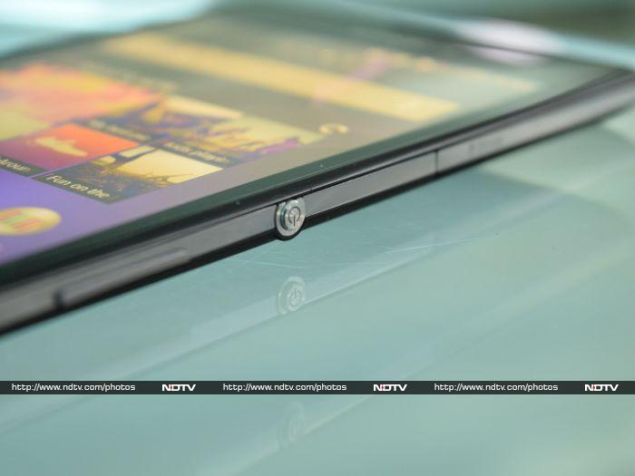 Verdict
One area where Sony fails miserably is with the pricing of the Xperia T3. At Rs. 27,990, even the limited period offer of a bundled SmartBand and premium case is not enticing enough. The two things going for the Sony Xperia T3 are its great battery life and decent camera performance, but nothing else about this phone's price-to-performance ratio works out.