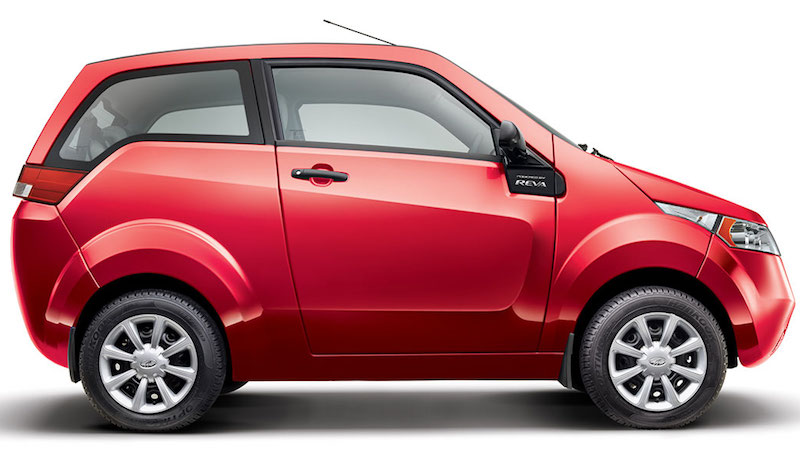 The government is working on a scheme to provide electric cars on zero down payment for which people can pay out of their savings on expensive fossil fuels, with the aim of becoming 100 percent electric vehicle nation by 2030.

Elaborating further, he said, "We are working (on the scheme). Can we actually give electric car for free (zero down payment) and people can pay for that out of the savings on the petroleum products. Innovation is possible, it just needs an open mind. You need to think of scale and be honest."

The minister informed that a small working group under the leadership of Road Minister Nitin Gadkari has been created with Oil Minister Dharmendra Pradhan and Environment Minister Prakash Javadekar on its board.

He said, "We are meeting in first week of April and see (if) India can be 100 percent on electric vehicles by 2030. We are trying to see if we can monetise the savings then you will have use cheaper electricity for charing of your cars."

Mr. Goyal cited the example of LED lights where through the bulk tendering, the government has been able to reduce the procurement price of these bulbs to Rs. 64.41 in January this year from the market rate of Rs. 310 in February 2014. The government had started Domestic Efficient Lighting Programme last year under which it has already provided over 8.32 crore (83.2 million) LED bulbs to families through power distribution companies at an instalment of Rs. 10 per month for each bulb.

After the LED bulb distribution scheme, Power Ministry is working on a similar programme under which it will sell on EMI energy-efficient fans and air conditioners at prices much lower than market rates.

About any power tariff he said, "We don't need to increase any tariff in the country. We just need to work smart and bring technology and India can be powerhouse of affordable energy across the country. Cross subsidy across the state can handle the issue."

On the negative subsidy or payment of premium in recently concluded third round of gas auction for stranded power projects on Sunday, Mr. Goyal said, "There is no need of PSDF now. We have been successful in our mission. Now, they need zero support (subsidy)."

About continuing this scheme further, he said, "We will see after six months. For six months it is not required. After six months there will be another round (of auction for gas under PSDF)."

However, in Sunday's auction, the bidders were allowed to quote negative gas subsidy or premium for booking gas quantities they need. Now, government will save Rs. 1,829 crore for providing gas under PSDF to nine SGPs for six months till September.

Addressing the event, Goyal said, "India is poised for decadal double digit growth in the days to come and is poised to become a superpower with a billion plus happy people.

"India has the potential to transform and can move into the big league very rapidly if we leverage the economies of scale, bring in greater degrees of transparency and monitor work that has been undertaken.

"To my mind, lack of electricity access in villages across the country is a serious concern for us as a nation. There are about 50 million homes which don't have access to electricity.

"In Arunachal Pradesh, there are about 808 villages which lack electricity access. While we are now working on building a grid in Sikkim and Arunachal, it will take time. Hence, we are looking at off-grid solutions in the interim."