"We're taking commercial business off the face of the Earth and putting it up in space," said NASA chief Bill Nelson. 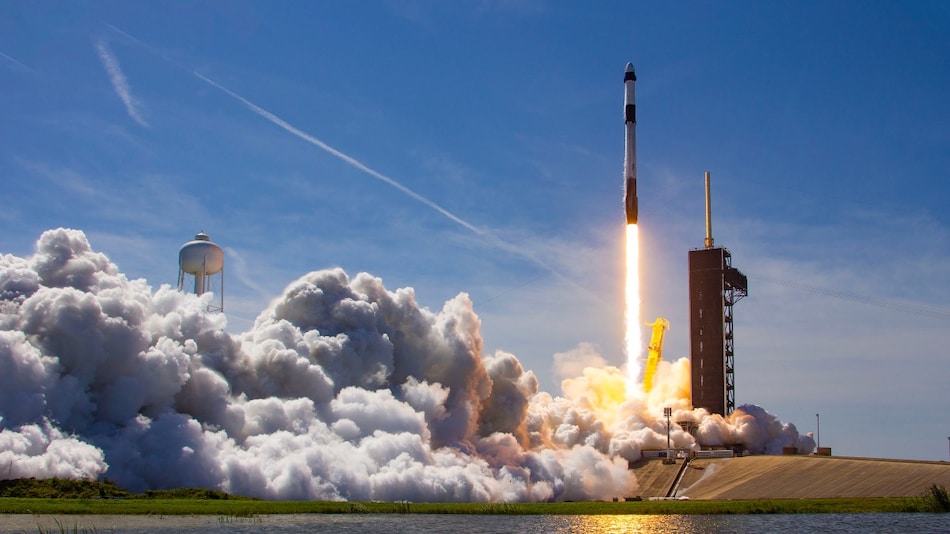 The first fully private mission to the International Space Station blasted off from Florida Friday with a four-member crew from startup company Axiom Space.

NASA has hailed the three-way partnership with Axiom and SpaceX as a key step towards commercializing the region of space known as "Low Earth Orbit," leaving the agency to focus on more ambitious voyages deeper into the cosmos.

A SpaceX Falcon 9 rocket with the Crew Dragon capsule Endeavor launched at 11:17am (1517 GMT or 8:47pm IST) from the Kennedy Space Center, and the spaceship should dock at around 1145 GMT (5:15pm IST) Saturday.

"We're taking commercial business off the face of the Earth and putting it up in space," said NASA chief Bill Nelson.

"To say that we're excited is a huge understatement," Axiom Space CEO Michael Suffredini told reporters after the launch, adding it was the culmination of years of work for the Houston-based company, founded in 2016.

Commanding the Axiom Mission 1 (Ax-1) is former NASA astronaut Michael Lopez-Alegria, a dual citizen of the United States and Spain, who flew to space four times over his 20-year-career, and last visited the ISS in 2007.

The widely reported price for tickets — which includes eight days on the outpost, before eventual splashdown in the Atlantic — is $55 million (roughly Rs. 417.5 crore).

While wealthy private citizens have visited the ISS before, Ax-1 is the first mission featuring an all-private crew flying a private spacecraft to the outpost. Axiom pays SpaceX for transportation, and NASA also charges Axiom for use of the ISS.

On board the ISS, which orbits 250 miles (400 kilometers) above sea level, the quartet will carry out 25 research projects, including an MIT technology demonstration of smart tiles that form a robotic swarm and self-assemble into space architecture.

Another experiment involves using cancer stem cells to grow mini tumors, and then leveraging the accelerated aging environment of microgravity to identify biomarkers for early detection of cancers.

"The distinction is that our guys aren't going up there and floating around for eight days taking pictures and looking out of the cupola," Derek Hassmann, operations director of Axiom Space, told reporters at a pre-launch briefing.

In addition, crewmember Stibbe plans to pay tribute to his late friend Ilan Ramon, Israel's first astronaut, who died in the 2003 Space Shuttle Columbia disaster when the spaceship disintegrated upon reentry.

Surviving pages from Ramon's space diary, as well as mementos from his children, will be brought to the station by Stibbe.

The Axiom crew will live and work alongside the station's regular crew: currently three Americans and a German on the US side, and three Russians on the Russian side.

The company has partnered for a total of four missions with SpaceX, and NASA has already approved in principle the second, Ax-2.

Axiom sees the voyages as the first steps of a grander goal: to build its own private space station. The first module is due to launch in 2024.

The plan is for the station to initially be attached to the ISS, before eventually flying autonomously when the latter retires and is deorbited sometime after 2030.

Samsung Galaxy M33 5G, an Ultimate All-Rounder Phone That Stays Up for It All, Goes on First Sale