Titan Has Calm Lakes That Could Ensure Smooth Landings for Probes: Study 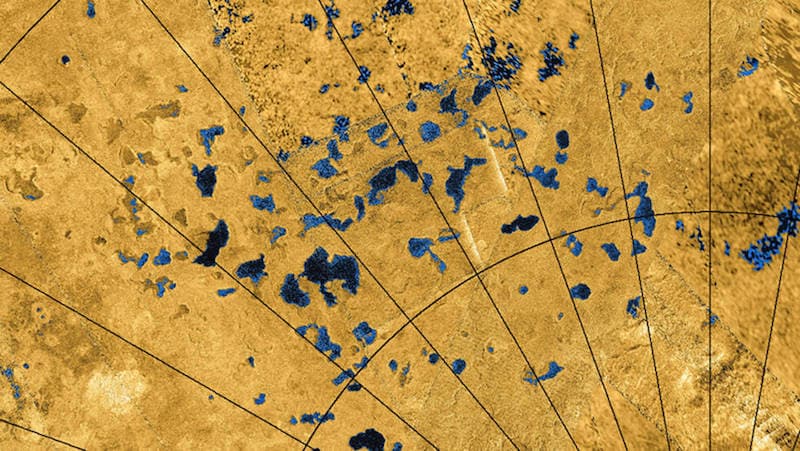 Future space probes sent to the surface of Titan could have a smooth landing as researchers have found that most waves on Saturn moon's lakes reach only about one centimetre high, a finding that indicates a serene environment.

"There's a lot of interest in one day sending probes to the lakes, and when that's done, you want to have a safe landing, and you don't want a lot of wind," said lead author Cyril Grima, a research associate at the Institute for Geophysics, University of Texas at Austin, US.

"Our study shows that because the waves aren't very high, the winds are likely low," Grima said.

Grima developed a technique for measuring surface roughness in minute detail from radar data. Called radar statistical reconnaissance, the technique has been used to measure the snow density and its surface roughness in Antarctica and the Arctic, and to assist the landing site selection of NASA's Mars lander InSight, which is scheduled to launch next year.

The research zeroed in on the three largest lakes in Titan's northern hemisphere - Kraken Mare, Ligeia Mare and Punga Mare.

Kraken Mare, the largest of the three, is estimated to be larger than the Caspian Sea.

By analysing radar data collected by Cassini during Titan's early summer season, Grima and his team found that waves across these lakes are diminutive, reaching only about one centimetre high and 20 centimetres long.

The study, published in the journal Earth and Planetary Science Letters, indicates that if a future mission lands in early summer, there is a good chance that it is in for a smooth landing.

Titan is the largest moon of Saturn and one of the locations in the solar system that is thought to possess the ingredients for life.

In photos taken by the Cassini orbiter, a NASA probe, it appears as a smooth brown orb because of its thick atmosphere clouded with gaseous nitrogen and hydrocarbons.

However, radar images from the same probe show that it has a surface crust made of water ice and drenched in liquid hydrocarbons.

On Titan, methane and ethane fall from the sky as rain, fill deep lakes that dot the surface, and are possibly spewed into the air by icy volcanoes called cryovolcanoes.

"The atmosphere of Titan is very complex, and it does synthesise complex organic molecules - the bricks of life," Grima said.

"It may act as a laboratory of sorts, where you can see how basic molecules can be transformed into more complex molecules that could eventually lead to life," Grima added.