Hughes has become one of the most powerful in a new breed of antagonists to Facebook: a former executive who believes he created something harmful. 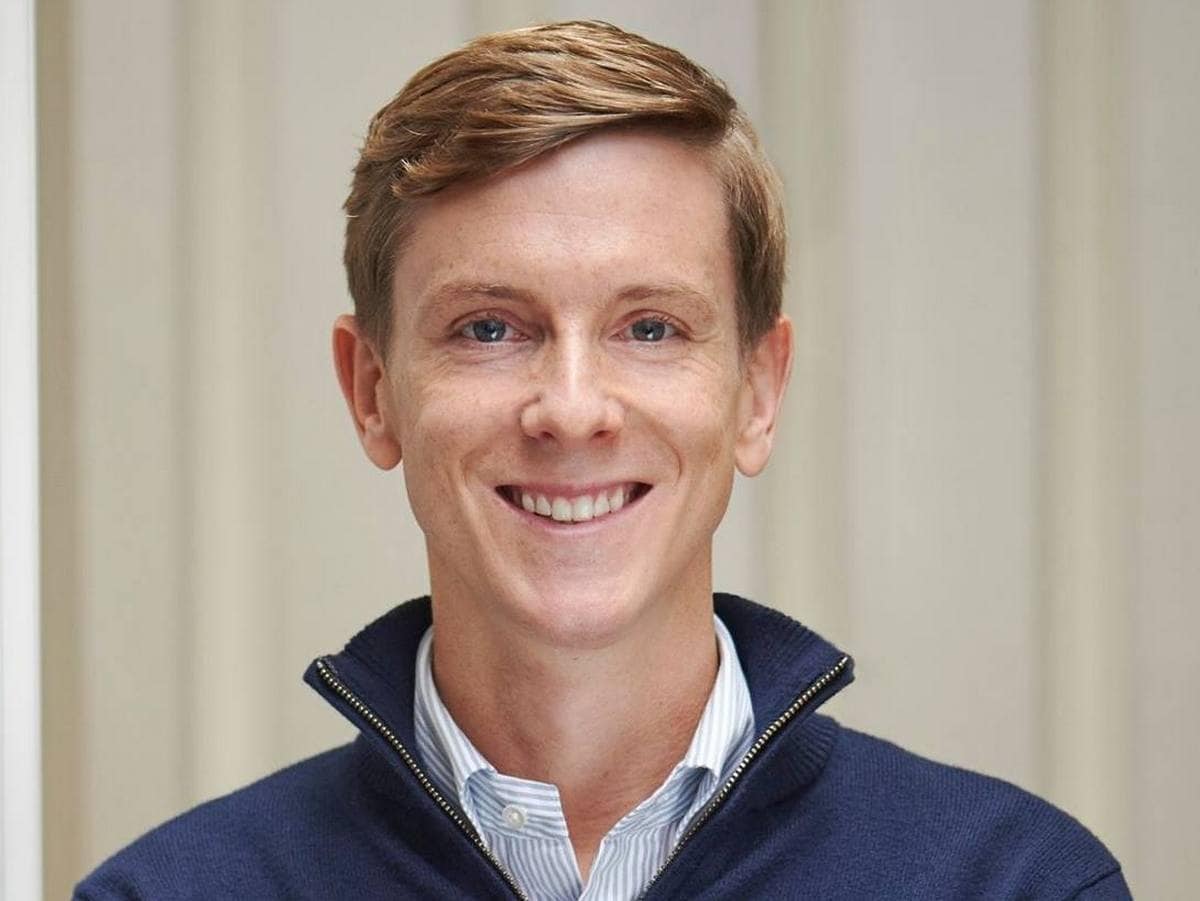 Facebook co-founder Chris Hughes has become one of the company's biggest problems.

In recent weeks, Hughes, who left the social media giant in 2007 and cashed out his nearly $500 million (roughly Rs. 3,500 crores) worth of stock, has been making the rounds in the nation's capital, visiting a dozen lawmakers and regulators at the Department of Justice, the Federal Trade Commission and other agencies which are all interested in examining whether Facebook has amassed too much power. He's talked with the attorney general of New York's staff.

In those meetings, which he sometimes attended on his own, he has presented a 39-page slide deck that makes a point-by-point legal case for breaking up the social network drawing on decades of antitrust law precedent.

The crux of the case, designed by two antitrust scholars: Facebook's wealth and power and massive user base have pushed it into monopoly territory, and its acquisitions of rivals have squashed competition. More than 2.7 billion people use Facebook or its other platforms, which include Instagram and messaging service WhatsApp, at least once a month, Facebook said Wednesday.

"I hope that my speaking out provides cover to a lot of other folks, whether former employees or current ones, to express ambivalence or concern about what's going on," Hughes said in an interview Thursday. "And I think there's a lot to be concerned about."

Hughes, who helped develop the social media giant with Mark Zuckerberg in their Harvard college dorm, has become a critical weapon to trust busters in a fight that keeps expanding in scope, threatening tech giants including Amazon, Apple, and Google with potential new regulation or even a breakup. Just this week, the Justice Department said it was launching a new, expanded probe targeting "market-leading online platforms," And on Wednesday, Facebook disclosed it is facing an antitrust probe by the FTC.

He has become one of the most powerful in a new breed of antagonists to Facebook: A former executive who believes he created something is now harmful to society.

The growing momentum in the District of Columbia to more closely scrutinize the role of tech giants in consumers' lives and the effect on competition - one of the few bipartisan issues emerging among lawmakers and candidates across the nation - has often been fueled by private complaints by small businesses and rivals that feel they've gotten a raw deal as the massive companies dominant their relative spaces.

Facebook, for its part, has argued vociferously that it is not a monopoly and should not be broken up. Testifying before Congress in April 2018, Zuckerberg responded to a question about the competition Facebook faces by pointing out that the average American uses eight different apps to communicate with friends. "It certainly doesn't feel like that to me," Zuckerberg said when asked if Facebook was a monopoly by Sen. Lindsey Graham, R-S.C.

Hughes started his campaign publicly. After leaving Facebook to volunteer for President Barack Obama, he worked for years in politics and nonprofits, plus a four-year stint as owner of publication New Republic. In 2016, he helped found a think tank focused on inequality, a topic he wrote a book about last year. The research prompted questions regarding the dangers of the concentration of corporate power.

"I had a very personal realisation that I cannot speak to anything that has to do with antimonopoly work without wrestling with my own past," he said. "The huge monopoly power is why I have the financial resources that I have."

Hughes wrote a widely read New York Times op-ed this summer arguing that the company he helped found should be broken up.

The decision to come out publicly in the op-ed was a difficult one, Hughes said.

"I knew I would lose some friends over it. And that's OK because some things are that important," he said. "But it's been nice on the other side of it too, to have the argument out there, to speak my mind about what I think and believe."

Facebook's Vice President for Global Affairs and Communications, Nick Clegg, responded to the op-ed by writing his own several days later arguing that Facebook should not be dismantled. "What matters is not our size but rather the rights and interests of consumers, and our accountability to the governments and legislators who oversee commerce and communications."

Soon after, Hughes was contacted by two prominent antitrust scholars, Scott Hemphill of New York University Law School and Tim Wu of Columbia Law School. The two academics and longtime collaborators had been developing an argument for breaking up Facebook. To them, the purchase of Instagram and WhatsApp represented a "plain vanilla violation of antitrust law, just low-hanging fruit," Wu said in an interview. They began to pitch lawmakers and regulators together.

Academics and lawmakers who have worked with Hughes say he has been helpful in explaining the motivations and viewpoints of key players at Facebook, including Zuckerberg -- though Hughes says he has no specific inside knowledge. They say Hughes can frame the business practices of present-day Silicon Valley in ways that jive with largely untested antitrust laws that were written for major oil and rail companies decades ago.

After House lawmakers embarked on their sweeping antitrust investigation of Facebook and its fellow tech giants in June, one of the first people they consulted was Hughes, said Rep. David Cicilline, D-R.I., the panel's chairman. Hughes quietly paid a visit to members of the House's top competition-focused panel earlier this month, meeting with lawmakers and their staff to pitch many of the issues he raised in his op-ed.

Hughes presented his views as a former Facebook insider, something that loaned credence to his arguments, Cicilline said. "It's remarkable and significant to me and my colleagues that someone with such a role in creating the company has the capacity and courage, really, to say, 'We have some challenges, some things to look at.' "

The case Hughes and academics lay out in their presentation centers around the Sherman Act, the government's primary law for investigating and penalising anticompetitive practices. Congress adopted the law in 1890 at a time of rapid consolidation in the US that created oil and railroad giants the government later challenged as monopolies.

The law and its later updates prohibit acquiring another company with the main purpose of getting rid of a potential or actual competitor.

Facebook was doing just that when it acquired Instagram in 2012 and WhatsApp in 2014, the team's PowerPoint argues. While Instagram was still tiny Zuckerberg identified its explosive growth on mobile phones as the obvious antidote to Facebook's largely desktop product. Mobile was viewed as a clear weakness for Facebook as the company headed into its public offering in 2012.

Hughes' feedback shaped the scholars' case, as he helped them understand how executives in Silicon Valley think about competition - it tends to be measured by viral growth rather than by size, said Hemphill, the New York University professor. At the time, the two professors were working on a roadshow, which they asked Hughes to join.

While Instagram was tiny, it was growing rapidly. "That must have been terrifying" for Facebook, Hemphill said. "It helps bring home the threat, the observability of the threat and the intensity of it."

Motivation can be the determining factor when it comes to successfully bringing an antitrust case against a giant corporation, Hemphill said. For example, a memo from CEO Bill Gates suggesting rival Netscape was leading in an "Internet tidal wave" became a smoking gun in a case that suggested why the company was protecting its operating system.

The trio also flags Facebook's enormous balance sheet and user base, something that impressed House lawmakers when Hughes presented to them this month.

"The thing that stuck with me. . . was he focused on Facebook's revenue as a true measure of its role in the marketplace," recalled Rep. Cicilline. "Facebook captures over 80 percent of all global social media revenue and controls 58 percent of the US social media market. That's significant."

Across the Capitol, Republican Sen. Marsha Blackburn sought out Hughes for a meeting earlier this month to talk privacy and competition. The Republican lawmaker recently launched a special "task force" to study those issues and potentially endorse legislative solutions in the coming months.

Blackburn has pitched legislation for years that would limit how tech giants collect and monetize users' data, a bill that Facebook long has opposed through its lobbying organisations. But she said Hughes was "very familiar" with it, and during her meeting, encouraged Blackburn in her efforts generally to "begin to put some guidelines and some guardrails in place."

Lawmakers and regulators have also held meetings with other antitrust experts, according to those leaders, such as Barry Lynn from the Open Markets Institute, and Gene Kimmelman, a former top DOJ antitrust official who until recently ran Public Knowledge, a public interest advocacy group that has lobbied for stronger competition enforcement against tech and telecom consolidation.

Hughes spoke to Public Knowledge in June after meeting Kimmelman at an event.

"I think he's extremely interested in this as part of his broader philosophy," Kimmelman said. "He's very concerned with the concentration of wealth and power in society."

Hughes said that he has not heard from his longtime friend and co-founder Zuckerberg since publishing the oped.