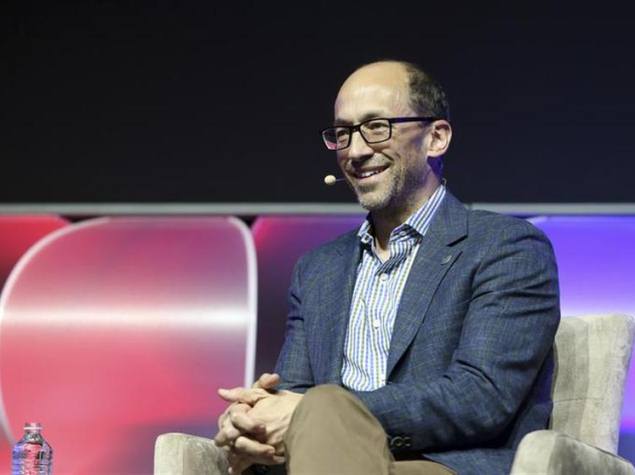 The US firm said Costolo "is visiting China because he wants to learn more about the Chinese culture and the country's thriving technology sector.

"We have no plans to change anything about our service in order to enter the market."

The company offered no further details on Costolo's plans or timetable. But a tweet earlier Monday from Costolo was posted from Tokyo, with no mention of China.

Twitter's microblogging platform is banned in China, but a study by the research firm GlobalWebIndex last year said as many as 35 million people find ways around the "Great Firewall" and use it.

The visit comes after Friday's announcement that Weibo, sometimes referred to as the Chinese Twitter, was filing in New York for a share offering to raise $500 million.

The move will allow the popular Chinese-language social network to spin off from the Internet giant Sina, according to documents filed with the US Securities and Exchange Commission.

Weibo was launched in August 2009 with a business model reminiscent of that of Twitter.

Weibo reported revenues for 2013 of $188 million, triple the level of 2012, but has continually lost money, like its US counterpart, with accumulated losses of $274.9 million as of December 31.

Despite Weibo's vast popularity in China, its ascent has hit a few speed bumps recently due to a social media crackdown by Beijing and the rise of rival Tencent's mobile app, WeChat.

Twitter's high-flying Wall Street debut in November drew attention to the growing power of social media, but it also raised concerns about a potential bubble in the sector.

The company's shares soared after debuting at $26 in the initial public offering but dropped the following day to slightly more than $40. Shares rose slightly Monday to end at $52.05, off the highs from earlier this year.

Twitter has fast become ingrained in popular culture but must still convince investors of its business model. The first earnings report since Twitter's vaunted public offering disappointed many observers.
Comments