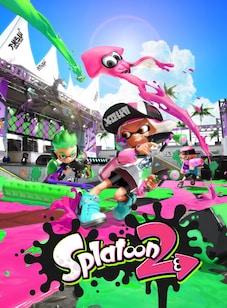 Splatoon 2 is another of Nintendo's big game releases for the Nintendo Switch. It's the successor to Splatoon, which was released for the Wii U two years ago. Splatoon 2 is a primarily a third-person shooter that takes place in a fictional world where Inklings are the dominant species.