The new iPad Air is producing creaking noises when holding from its back, some users said in their complaints raised online. 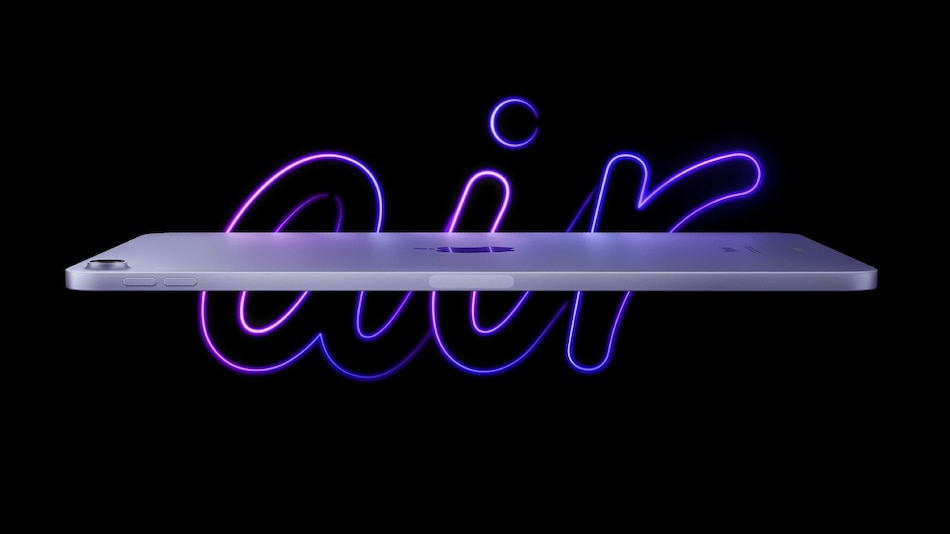 iPad Air (2022) build quality is not on par with the previous-generation model, according to some users. A few early customers of the new iPad Air have taken to online platforms to complain about its inferior back design. The users claim that the backplate of the iPad Air (2022) feels a lot thinner than what was available on the previous model. Some consumers mention that the thin build leads to creaking. Apple did not confirm any build-level changes on the iPad Air (2022) at the time of its announcement at the ‘Peek Performance' event earlier this month.

One of the users said in a Reddit thread that they were hearing creaking noises when holding the iPad Air (2022).

“I ordered and received two blue iPad Air (2022) today, and I'm a bit shocked,” the user said. “The aluminium backplate is a lot thinner than on the iPad 4 which I also have. You can almost feel the battery through the plate where you hold the device.”

Some other users also corroborated the problems raised by the original complainant and suggested that the build quality issues could only be addressed by putting their new iPad Air in a folio case.

A few users have also posted about the same build quality problems with the iPad Air (2022) on Apple Community forums.

The new device is said to make clunky noises from the back panel when holding it in both hands.

Some of the affected users said that the issue existed even on their second and third replacement models.

Exact details on whether any build quality-level changes were introduced to the new iPad Air compared to its old model are yet revealed. However, considering the user complaints, it is likely that Apple might have considered a thinner chassis to have some room for the upgraded hardware that includes the M1 chip.

Early media reviews of the iPad Air (2022) have not yet pointed out any build quality issues. Nevertheless, Gadgets 360 is yet to take the new model for our detailed review. Stay tuned for that to get more details.

Meanwhile, Gadgets 360 has reached out to Apple for a comment on the user complaints with respect to the iPad Air (2022) build quality. This article will be updated when the company responds.

The new iPad Air went on sale in India and global markets last week. It carries a new 12-megapixel camera sensor at the front with support for Center Stage. However, the design and display of the new model remains unchanged from its previous version.

In 2018, the iPad Pro raised eyebrows for a build that was easy to bend, as per user reports and durability tests conducted by YouTubers. Apple had at the time addressed user concerns by publishing a support page where it noted that the tablet carried a “strong, light, and durable” design.

The iPad Pro (2018) model was not the only iPad in the lineup that was seen to be bent. The iPad mini (2019) also failed to resist from being bent in a stress test.