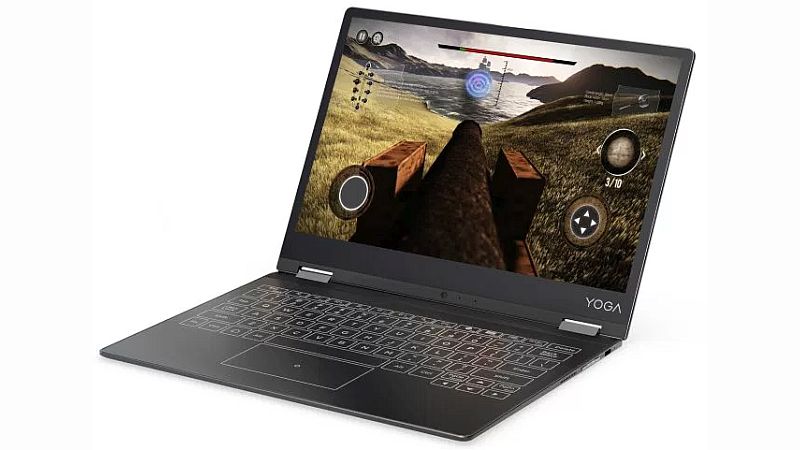 Lenovo has unveiled its new Yoga A12 Android tablet with the Halo keyboard. The new Yoga A12 will be going on sale starting Wednesday via the company's online store and will be available at a starting price of $299 (roughly Rs. 20,000).

The new Lenovo Yoga A12 is being promoted as a "tablet made for productivity" and is being seen as a budget version of the premium Yoga Book (Review) 2-in-1.

The new Yoga A12 measures 5.4mm thin at its slimmest edge and weighs less than a kilogram. It features a 12.2-inch HD screen and is powered by Intel Atom x5 processor with 2GB of RAM and 32GB of storage. The device comes with two speakers with Dolby Atmos feature. Lenovo claims that the Yoga A12 comes with hybrid UI and comes with preloaded Google productivity suite apps.

One of the biggest highlights of the Yoga A12 is its Halo keyboard which was also seen on the Yoga Book. The keyboard features flat design and sports touch-screen buttons. The company says that the Halo keyboard "learns and adapts" to user's typing habits and comes with "built-in prediction and artificial learning software." The tablet supports four modes via the 360-degree Yoga hinge. The company claims up to 13 hours of battery life on one charge. The Yoga A12 sports an aluminium and magnesium build and will be available in Gunmetal Grey and Rose Gold colours.

"In our constant search to create different and better products, we listened to hundreds of users from New York to Delhi tell us about their computing needs and operating systems of choice. We found a segment of users who grew up with Android as their first-ever computing experience-either on their family tablet or a personal smartphone. This held especially true in emerging markets. For these users, Android and productivity weren't mutually exclusive-the smartphone or tablet experience can be seamlessly extended to the personal computer. That's why we created the Yoga A12," Lenovo said in a press statement.

Smart TVs, Hard Drives, Fitbit Flex 2, and More Tech Deals This Week
How Netflix Is Losing Ground to Amazon and Hotstar in India