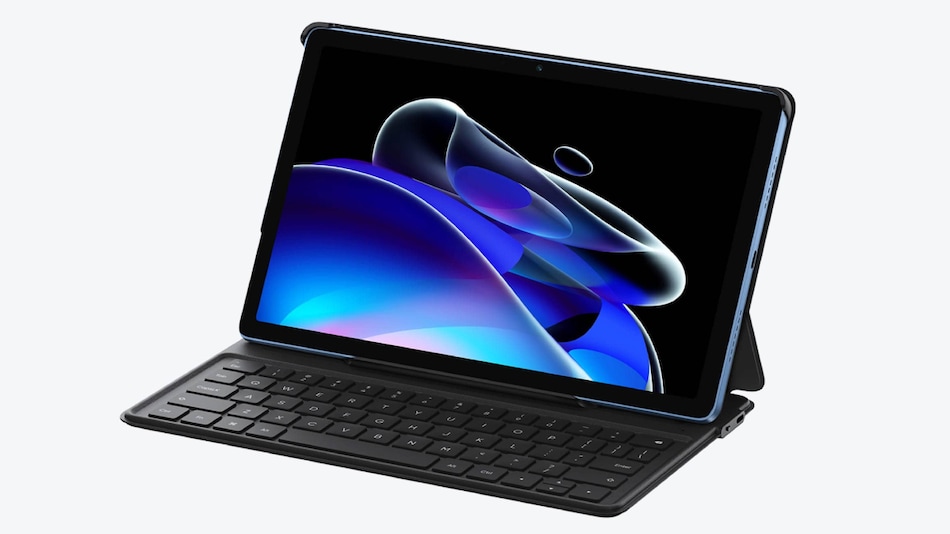 Realme Pad X was launched in India on Tuesday. The company's latest tablet to make its debut in the country is powered by a Snapdragon 695 SoC under the hood and is the first tablet from the Realme to offer 5G connectivity. It sports a 11-inch WUXGA+ resolution display and is equipped with a quad speaker setup. The tablet features a 13-megapixel rear camera, along with an 8-megapixel wide-angle front-facing camera with a 105-degree field of view for video chats. The Realme Pad X packs an 8,340mAh battery and comes with support for accessories including the Realme Pencil and Realme Smart Keyboard. The company also launched the Realme Flat Monitor at the launch event on Tuesday.

Realme Pad X price in India is set at Rs. 19,999 for the base 4GB + 64GB storage model which offers Wi-Fi connectivity, while a 5G capable model is priced at Rs. 25,999. Meanwhile, the 6GB + 128GB variant with 5G connectivity costs Rs. 27,999. The tablet will be available for purchase in Glacier Blue and Glowing Grey colour options via Flipkart, Realme.com, and offline retail channels. Realme is offering a discount of Rs. 2,000 on all three storage variants on SBI and HDFC Bank card transactions during the first sale, which will be held on August 1.

The Realme Pencil is priced at Rs. 5,499, while the Realme Smart Keyboard will cost Rs. 4,999. the company is yet to announce when both accessories will go on sale in India.

The Realme Pad X runs on Android 12-based Realme UI 3.0 for Pad. It sports a 11-inch display with a WUXGA+ (1,200x2,000 pixels) resolution. The tablet is powered by a Snapdragon 695 SoC, paired with up to 6GB of RAM. According to the company, the tablet can also use up to 5GB of inbuilt storage as virtual RAM, for improved performance.

For photos and videos, the Realme Pad X is equipped with a 13-megapixel rear camera. The tablet comes with an 8-megapixel wide-angle front-facing camera with a 105-degree field of view for selfies and video calls.

The tablet features up to 128GB of inbuilt storage, which is expandable (up to 512GB) via a MicroSD card. It is equipped with four speakers with Dolby Atmos support. The Realme Pad X packs an 8,340mAh battery with support for 33W fast charging.

The Realme Pad X also comes with support for the low-latency Realme Pencil, which can be used to draw and take notes and supports magnetic wireless charging, with 10.6 hours of battery backup. The tablet also supports the Realme Smart Keyboard, which has 1.3mm key travel distance and supports various keyboard shortcuts and combinations for multitasking. These accessories will be available for purchase separately, according to the company.

The newly launched Realme Flat Monitor sports a 23.8-inch full-HD (1,920x1080 pixels) LED panel with a bezel-less display and 75Hz refresh rate, peak brightness of 250 nits, and a response time of 8ms. Connectivity options on the monitor include an HDMI 1.4 port, a VGA port, and a USB Type-C port. The monitor has a thickness of 6.9mm, according to the company.