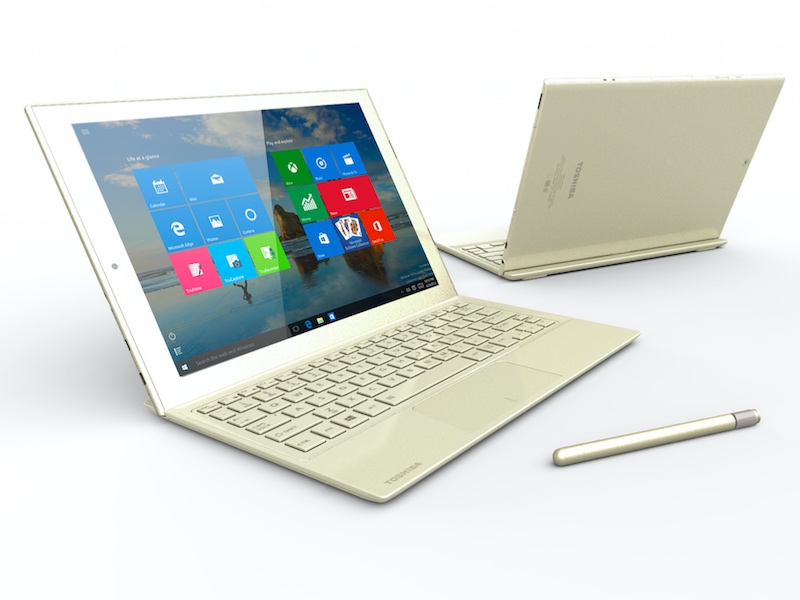 Taking on the likes of the Surface Pro 4, and Samsung's recently unveiled Galaxy TabPro S, Toshiba has at CES 2016 trade show announced the launch of its DynaPad tablet. The Toshiba DynaPad tablet is now available to pre-order, with the most affordable variant priced at $570 (roughly Rs. 38,100). It will begin shipping in late January.

The Toshiba DynaPad packs in high-end specifications while sporting an impressive body. It measures just 0.27 inches in thickness and weighs roughly 580 grams. As for other specifications, the DynaPad sports a 12-inch full-HD (1920x1080 pixels) display with Corning Gorilla Glass 3 protection.

The Toshiba DynaPad is powered by Intel Atom x5 Z8300 processor with up to 4GB of DDR3L RAM, and up to 64GB of NAND flash storage. Other features of the DynaPad include an 8-megapixel rear camera with autofocus, and a 2-megapixel front-facing shooter.

The Japanese technology company is also offering an optional full-size keyboard with a 19mm pitch and 1.5mm stroke for easier typing.

The tablet also uses digital ink technology from Wacom, which as per Toshiba's claims, make a user feel like they are writing on paper. "Precision digital inking technology is the next frontier of truly personal computing," said Philip Osako, senior director of product marketing, in a statement. "[...] Toshiba dynaPad is the ultimate digital notebook." The company is offering a TruPen, which supports 2,048 levels of pressure sensitivity and can last for more than 1,000 hours on a single charge.

The Toshiba DynaPad runs Windows 10 operating system out of the box, and also offers a range of its own productivity applications such as TruNote, TruCapture, TruRecorder, new TruNote Clip, and TruNote Share.

CES 2016: LG Unveils Refrigerator That Automatically Opens When You're Near
Top CEOs, Foreign Investors to Be Part of PM Modi's Big Startup Push