Shershaah and Tenet were among the most popular movies on PatchWall in 2021. 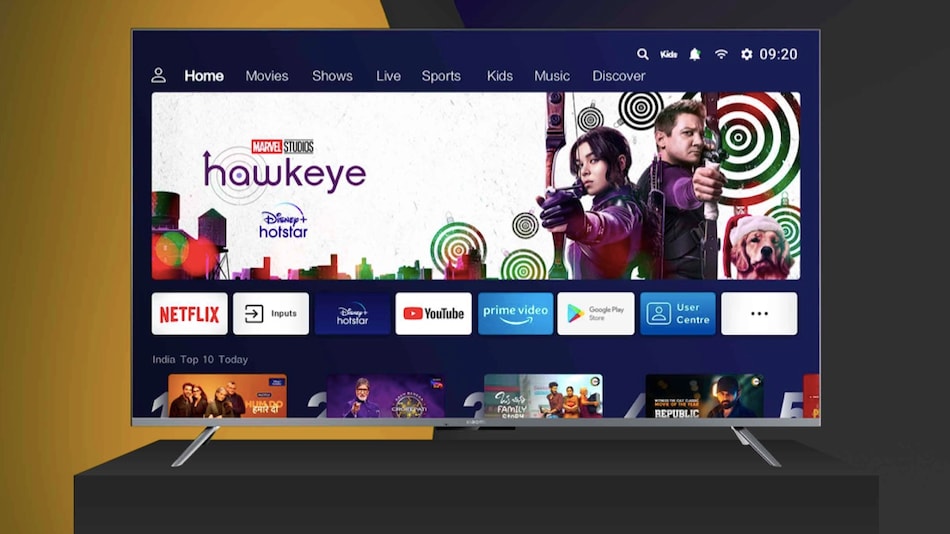 Xiaomi has been one of the most popular television manufacturers in India for a while now, and according to a report by IDC, is the highest selling smart TV brand in the country. Competitive pricing and a product range that covers popular TV sizes and resolutions can be credited for the company's success with televisions in India, along with smaller and more thoughtful features and customisations on offer. One such feature is PatchWall, Xiaomi's custom user interface made for its TVs, which operates on top of the Android TV operating system.

PatchWall is a ‘skin' of sorts, giving users a different look and feel to the television from the stock Android TV interface. Xiaomi puts a lot of effort into maintaining PatchWall, including content curation, app integration, and features such as Kids Mode which ensures a certain level of filtration of content to ensure children can use its televisions somewhat unsupervised.

The company, through user data from the many users who use PatchWall on Xiaomi televisions, has now released the PatchWall Replay report for 2021. Now in its second year, after the first ever report was released in January 2021, the latest report reveals key viewing habits and trends as recorded by PatchWall through 2021.

Although services such as Netflix and Hotstar have provided on-demand access to movies and TV shows, users have typically had to rely on cable or DTH TV connections and linear TV programming for access to live content such as news and sports. As per the PatchWall Replay 2021 report, there has been a 300 percent increase in consumption of streaming content on PatchWall-enabled TVs, including live TV from news channels.

There has also reportedly been a 117 percent increase in sports content consumption on PatchWall, with key events such as the India Vs. Pakistan cricket match during the 2021 T20 World Cup and the Olympics Javelin Throw final where Neeraj Chopra won the gold medal, reported massive levels of engagement. The latter event saw 70 percent of households with a PatchWall-enabled TV tune in to Neeraj Chopra's gold medal-winning javelin throw, as per the report.

Hotstar is among the most popular OTT platforms in India, and naturally this has helped drive the consumption of 4K and HDR content in India. PatchWall recorded 1.38 crore clicks for 4K content, of which 1.21 crore clicks were for Dolby Vision content on compatible Xiaomi TVs such as the Mi QLED TV 4K and Redmi TV X55.

With the Covid-19 pandemic continuing to be a factor in the ability to watch new movie releases, users have continued to rely on streaming services for access. Many new movies saw quick releases on streaming platforms after short theatrical runs, while others were released directly on platforms such as Amazon Prime Video. These included major releases such as Shershaah, which spent 40 days on the India Top 10 chart on PatchWall, and Tenet, which was among the first big global movies to release on streaming in India after a patchy theatrical run, marred by lockdowns and restrictions.

The report also states that 39 percent of Hindi-speaking households in India with PatchWall-enabled TVs discovered content in a different language, particularly movies from South Indian cinema such as Jai Bhim, Malik, and Drishyam 2. Naturally, this has been aided by the greater accessibility of streaming content, making viewers aware and giving easy access to content in different languages that may typically have been missed due to limited theatrical runs for regional content.

Other popular movies on PatchWall in 2021 include Black Widow, Salman Khan-starrer Radhe, Godzilla Vs Kong, and Shang-Chi. Some of the top TV shows of 2021, according to the report, include The Family Man and Loki. The report also states that 230 crore minutes of music content were consumed by PatchWall users, with artists such as Diljit Dosanjh, Arijit Singh, and Shreya Ghoshal being among the most popular picks.