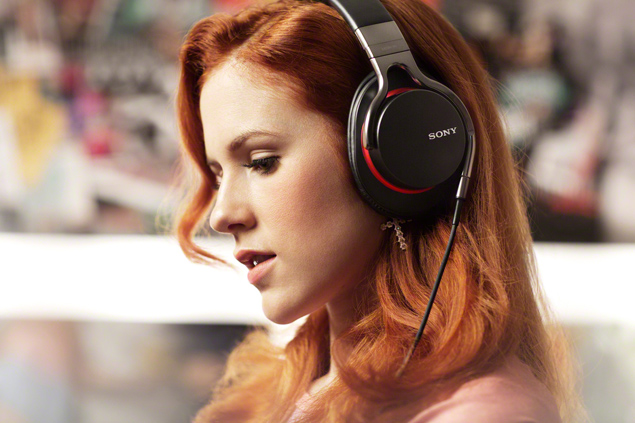 Sony seems to leaving no stones unturned to make a powerful statement at the IFA 2012. After showcasing its SS-NA2ES speakers and HX95 series HDTV, Sony has also showcased its MDR-1 range of headphones. According to the company, these headphones are a result of its close partnership with Sony Music Entertainment.

The MDR-1 headphones come with a closed-back design for greater isolation and better bass response. It will be available in three options - standard, digital noise cancelling and Bluetooth wireless versions.

The standard MDR-1R packs in a specially-developed 40mm Liquid Crystal Polymer Film diaphragm. It also includes specially-engineered HD driver units that deliver audio performance extending from 4Hz to 80kHz. These headphones come with pressure-relieving cushions for long wearing. While designing these headphones, Sony has also kept in mind that they are able to reduce friction between cable surfaces and decrease the source of tangles.

The MDR-1RBT are Bluetooth enabled headphones that claim to offer 30 hours of playback after a single charging. There also an NFC built-in to allow one-touch music playback.

Targeted at the people who want to listen to music continuously for long hours, MDR-1RNC headphones offer 22 hours of battery stamina between charges.