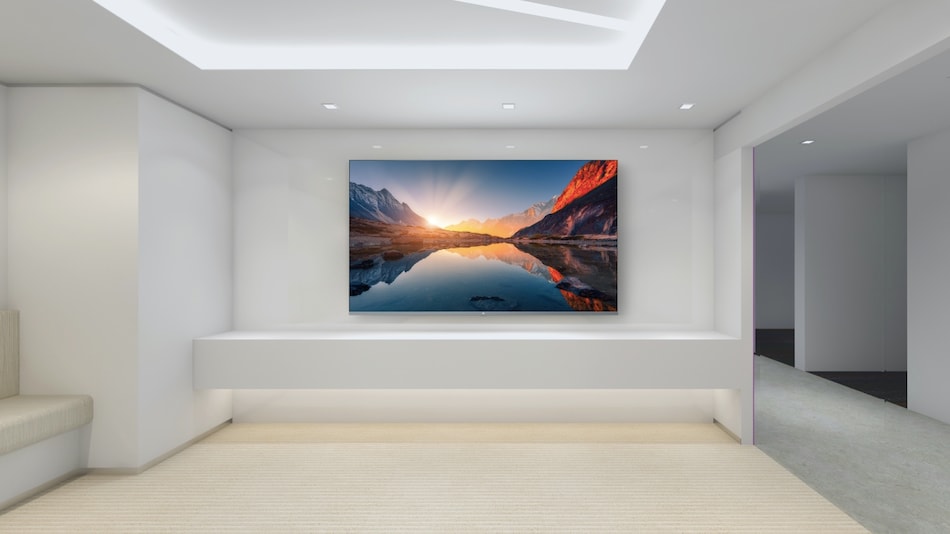 Mi QLED TV 4K - Xiaomi's first QLED panel TV in India - was launched on Wednesday. Sporting a 55-inch Ultra-HD screen, the Android TV and PatchWall-powered Mi QLED TV 4K is also the company's most premium television series yet in the country, offering a step up over the existing LED TV range. The new television has a UHD resolution of 3840x2160 pixels, and is available in only a single 55-inch size option, with support for HDR up to the Dolby Vision format.

Priced at Rs. 54,999, the Mi QLED TV 4K is the most expensive 55-inch television currently on offer from Xiaomi in India. Available in only a single 55-inch size option for now, the Mi QLED TV 4K goes up against QLED TV options from brands such as OnePlus and TCL, which are similarly priced at around or under the Rs. 60,000 mark. At this price, Xiaomi is offering similar specifications and features at a similar or lower price to options such as the OnePlus TV Q1 and TCL 55C715 (Review).

The Mi QLED TV 4K will go on sale in India on December 21, at 12pm (noon) IST, via Flipkart, Mi.com, Mi Home stores, and other retail stores including Vijay Sales.

The Mi QLED TV 4K has a 55-inch Ultra-HD (3840x2160-pixel) QLED screen, with support for various HDR formats including HLG, HDR10, HDR10+, and Dolby Vision. The TV runs Android TV 10, and is among the first major television launches to run the latest version of Android TV. However, this does not run the Google TV launcher as on the Chromecast with Google TV, instead running the stock Android TV launcher.

When it comes to specifications, the Mi QLED TV 4K is impressive on paper, with a MediaTek MT9611 quad-core processor powering the interface. There's also 2GB of RAM, 32GB of internal storage for apps and app data, and 30W of sound output through a six-speaker system comprising of four full-range drivers and two tweeters. The TV has built-in Chromecast, and also a quick wake function as recently seen on the Mi TV 4A Horizon Edition.

There are three HDMI ports and two USB ports on the Mi QLED TV 4K; with all three of the former being HDMI 2.1 with support for 60Hz refresh rate at up to 4K resolution and a claimed input lag of 5ms, which will be beneficial for gaming. Bluetooth 5 and HDMI eARC are also supported on the Mi QLED TV 4K.

Like other televisions from Xiaomi, the Mi QLED TV 4K also runs the company's PatchWall launcher, with the latest version - PatchWall 3.5 - running on the television. The remote is the same as on earlier Mi TV models, with few buttons, and hotkeys for Netflix and Amazon Prime Video, as well as access to Google Assistant for voice commands.

The Mi QLED TV 4K comes with some key software-based changes that look to improve the usage experience, including a quick mute option, accessed by double-pressing the volume down button, and access to quick settings even within content by long-pressing the ‘Mi' button on the remote.