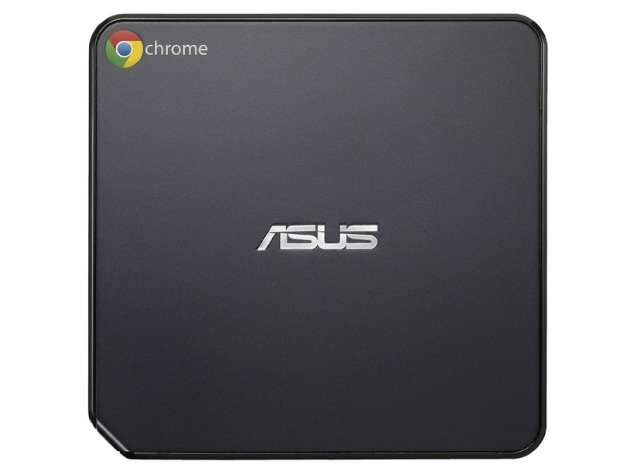 Devices that let you watch Netflix and other streaming video services on a big TV screen are popular, but there are limits to what you can watch.

NBC, for instance, didn't make its Olympics apps compatible with Roku, Apple TV and Google's Chromecast (Review). With HBO Go, Comcast subscribers can use Apple TV but not Roku, while it's the other way around for Charter's customers. And with all of these devices, you need an $8-a-month Hulu subscription to watch what you can get for free using desktop computers.

The Internet is the Internet. It shouldn't matter what gadget you're using. But content providers worry that if they make the video streaming experience too much like regular TV, they'll discourage people from watching old-fashioned commercial and pay TV.

So I'm pleased to find a legal way around these restrictions with a new device called the Chromebox.

AsusTek Computer Inc. will start selling it March 28 at a starting price of $179. A version with a faster processor and support for ultra-high-definition video, also known as 4K, will be available in April for $369. That model includes a wireless keyboard and mouse; otherwise, the package is sold separately for $50.

To call the Chromebox a streaming device does it injustice. It's a full-powered desktop computer running Google's Chrome OS system. I'll get into the pros and cons of that later.

You can connect the Chromebox to a standard monitor just like any other desktop. Like other newer desktops, the Chromebox also has an HDMI port to connect to high-definition TVs. That makes it tempting to turn the Chromebox into a streaming device.

With most streaming devices, you need apps for individual services such as Netflix and HBO Go. If there's no app for that service, you can't watch it on the big screen for the most part. That's one of the big shortcomings with Google's Chromecast streaming device. Even though it's just $35, the list of services it supports is paltry.

By contrast, Chromebox works just like any other computer. As long as you can watch something in a Web browser, you can watch it on the big screen.

You can technically do that with any desktop computer if it has an HDMI port or if you get an adapter. Mac computers also have a feature called AirPlay to mirror the display through an Apple TV and your Wi-Fi network.

But those computers typically cost hundreds or even thousands of dollars. The Chromebox is just $80 more than a Roku 3(Review) or an Apple TV, and it lets you watch -and do- much more. 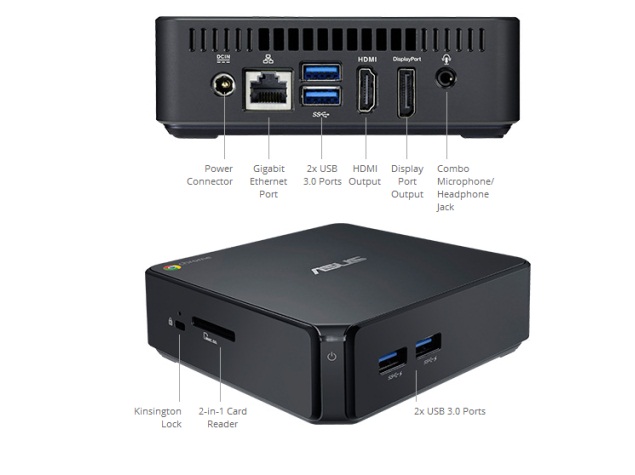 I've managed to use the Chromebox to watch plenty of free Hulu offerings, replays of Olympics figure skating and some shows from ABC Family, a channel otherwise unavailable on streaming devices. Video is sometimes jerky and the audio sometimes out of sync, but that's something I get on other devices, too.

As I mentioned earlier, Chromebox is much more than a streaming device. Because it runs Google's Chrome OS, it comes with a Google's Chrome Web browser and numerous apps for Google services, including Gmail, Google Maps, YouTube and Hangouts chats. You can get apps for non-Google services, too, but not as many as you'd find for Windows and Mac computers.

Chrome OS is ideal for those who use a lot of Google services or can otherwise get what they need over a Web browser. That includes research for homework, checking Facebook and using Web-based email.

If you need professional apps such as Adobe's Photoshop or Microsoft's Office, look elsewhere. The tools available with Chrome OS are adequate for basic functions, but they aren't robust.

Another shortcoming of Chrome OS is its need for a constant Internet connection. Many apps don't work well or at all without that. That's more of a problem with Chrome OS laptops meant for use outside the home. You should never need to separate your Chromebox from the Internet.

Chromebox also has a new Chrome OS feature that lets you create supervised log-ins for your kids. You can choose to block certain sites or permit surfing of only pre-approved sites. You can also see a list of what your kid tried to visit.

Unlike parental control software from outside parties, Chrome OS doesn't try to impose a default list of approved or banned sites. It requires more work to configure, but it lets parents decide what's appropriate. 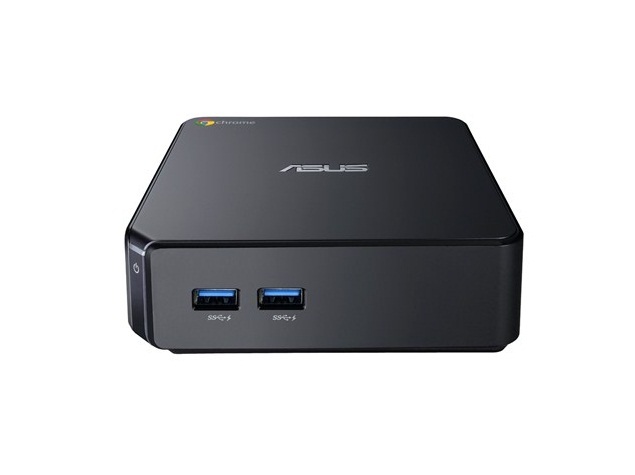 Besides the dual display ports, Chromebox has four USB 3.0 ports for printers and other peripherals, a slot for camera memory cards and an Ethernet port for wired Internet connections. It also has Wi-Fi, but not the newer, faster type known as 802.11ac.

My one complaint: You'll have to decide whether you want to use the Chromebox as a general-purpose computer or as a streaming device.

But that setup doesn't work well for general computing. I find text too small to read on a 42-inch (106-centimeter) TV that's 8 or 10 feet away. For general computing, you'll want a smaller screen and you'll want to be closer to it. But then it's no different from watching streaming video on a regular computer.

Of course, the Chromebox is cheap enough that you can buy two. But if you have to choose, consider this: There are plenty of other desktops for general computing, but few affordable enough to use just for streaming.