Is this the best budget streaming device you can buy? 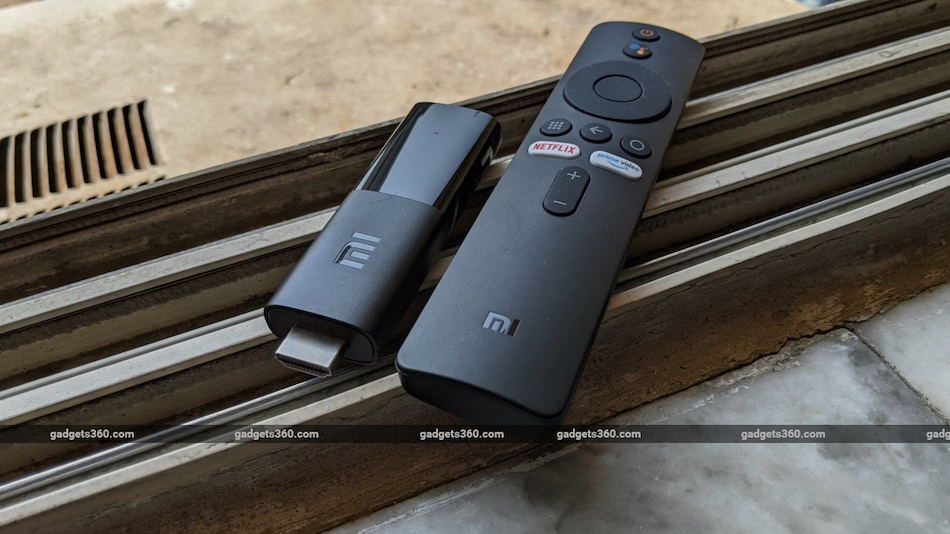 The Mi TV Stick supports streaming at up to full-HD

Many televisions available today are smart TVs, including plenty of affordable options priced at around Rs. 10,000 or so. However, some of these TVs may be smart only in name, and the actual usage experience is often inadequate, especially when manufacturers use custom firmware that doesn't support many good apps. On the other hand, many users are still using old flat-panel non-smart televisions, and may not be particularly inclined to replace them yet, but do want access to streaming services.

If you find yourself in a situation like either of the two above, streaming devices such as the Mi TV Stick might help. Priced at Rs. 2,799 in India, the Mi TV Stick is affordable and achieves a very specific purpose – it adds high-quality, modern-day smarts to your existing television. What exactly is the Mi TV Stick about, and how does it compare to the more expensive Mi Box 4K? Find out in our review.

The Mi TV Stick is compact, and plugs directly into an HDMI port on your television

Who is the Mi TV Stick meant for?

Apart from this, another good reason to buy the Mi TV Stick is if your smart TV doesn't feel too smart anymore. This could be due to software updates stopping, the experience becoming sluggish, or the apps you want not being supported on the platform, as is often the case with custom firmware on older smart TVs.

This is a problem faced by many TVs, such as the MarQ by Flipkart 43SAFHD that I used to test the Mi TV Stick with. This TV's smart UI is now slow, and it didn't support key apps such as Netflix and Amazon Prime Video to begin with. I can however continue to use the screen, which is still reliable, while delegating smart functionality to the Mi TV Stick.

The Mi TV Stick runs on Android TV 9 Pie and supports the over 5,000 apps currently available for the platform through the Google Play Store for Android TV. All major streaming services available on Android TV are supported, including Netflix, Amazon Prime Video, and Disney+Hotstar, as well as major Indian streaming services such as Zee5, Hungama Play, Voot, and more. You can also download various games, social media services, and other apps to use on your TV.

How does the Mi TV Stick work?

Like the Mi Box 4K, the Mi TV Stick is a standalone media streaming device that simply needs a display to output to. Through HDMI connectivity, the Mi TV Stick can output up to full-HD (1920x1080 pixels) at 60Hz. It has a quad-core Cortex-A53-based CPU, 8GB of storage for apps and app data, and 1GB of RAM. Android TV 9 Pie can be controlled using the included remote. Android TV does give you access to plenty of standalone apps, but if you're comfortable with casting, the Mi TV Stick has built-in Google Chromecast as well.

The remote is identical to the one you'd get with the Mi Box 4K and is powered by two AAA batteries (not included); it's basic and lacks a mute button, but gives you enough control over the Mi TV Stick for UI navigation, volume controls, and activating Google Assistant. You can also quickly launch Netflix and Amazon Prime Video through the hotkeys. There's HDMI CEC, which lets you control your television and Mi TV Stick with a single remote, although this didn't always work properly, like with the Mi Box 4K.

You get Android TV 9 Pie on the Mi TV Stick, with access to the Google Play Store for apps and games

The device connects to your Wi-Fi, with support for 2.4GHz and 5GHz networks. You can also connect to a mobile hotspot, and Android TV now has a data saver feature for more efficient use of mobile data. There is also Bluetooth 4.2, which is used for the remote as well as to connect external audio devices. Dolby Audio and DTS Digital sound formats are also supported on the Mi TV Stick.

While the Mi TV Stick connects to your TV using its HDMI plug, you'll need to power it separately. For this, a Micro-USB cable and wall adapter are also included in the box. While it's recommended that you power the Mi TV Stick using the wall adapter, I was able to connect it directly into my TV's USB port for power, and it worked fine this way.

Setting up the Mi TV Stick is quite easy; you simply plug it in, connect it to your Wi-Fi by following the on-screen steps, and sign in to your Google account. Once done, you can download apps and games and start streaming. Usefully, Netflix, Amazon Prime Video, and YouTube come preinstalled on the Mi TV Stick.

What can you do with the Mi TV Stick?

Think of the Mi TV Stick as everything an Android TV-powered smart TV offers, minus the screen and ports. Once connected to a screen, you can use the Mi TV Stick to stream video from a number of popular services, including YouTube, Netflix, Amazon Prime Video, and Disney+Hotstar, among others. Android TV also gives you access to a number of games, and connecting a wireless game controller will let you properly play these as well.

The maximum streaming resolution is full-HD, so you'll be able to access a huge list of content available on streaming services at its original resolution. You can of course watch 4K content as well, but streaming will top out at full-HD, even if you're watching on a 4K TV. Naturally, this means that the Mi TV Stick is best used with a 32-inch or 43-inch full-HD television, and if you have a 4K HDR TV, you might want to consider the Mi Box 4K instead.

Like on the Mi Box 4K and other Android TV devices, there is Google Assistant, with a microphone on the remote for voice commands. You can use this for practically anything you would use Google Assistant for, including fetching content and information, setting alarms and timers, controlling smart devices in your home, and more, and this worked well for me.

There's just 1GB of RAM on the Mi TV Stick compared to 2GB on the Mi Box 4K, and this did make a difference in functionality for me. The device was a bit sluggish when loading apps and even getting around the interface wasn't very quick, but there were no issues once I started streaming content, and video played smoothly. Sound and picture quality are entirely dependent on the TV and other equipment you use as well as the strength of your Internet connection.

Xiaomi's move into the streaming devices ecosystem has come a bit late, with the Mi Box 4K being launched only earlier this year. I loved the Mi Box 4K for its simplicity and the value it offers, and the Mi TV Stick is in essence the same kind of device, simply meant for smaller, non-4K TVs. It works almost as well, and will give you reliable access to streaming services at up to full-HD resolution, with a promise of firmware updates as well.

Perhaps the only thing I'm not very happy with about the Mi TV Stick is the price. At Rs. 2,799, there's just a Rs. 700 price difference between this and the Mi Box 4K, which is a significantly better streaming device for a number of reasons. The newly launched Amazon Fire TV Stick Lite, priced at Rs. 2,999, might also be worth checking out.

Even if you don't have a 4K TV yet, buying the Mi Box 4K is essentially future-proofing yourself for a very small premium. It's also got 2GB of RAM, and performs a bit better than the Mi TV Stick as a result. Pick up the Mi TV Stick only if you have a firm budget of under Rs. 3,000 and don't see yourself upgrading to a 4K TV any time soon.