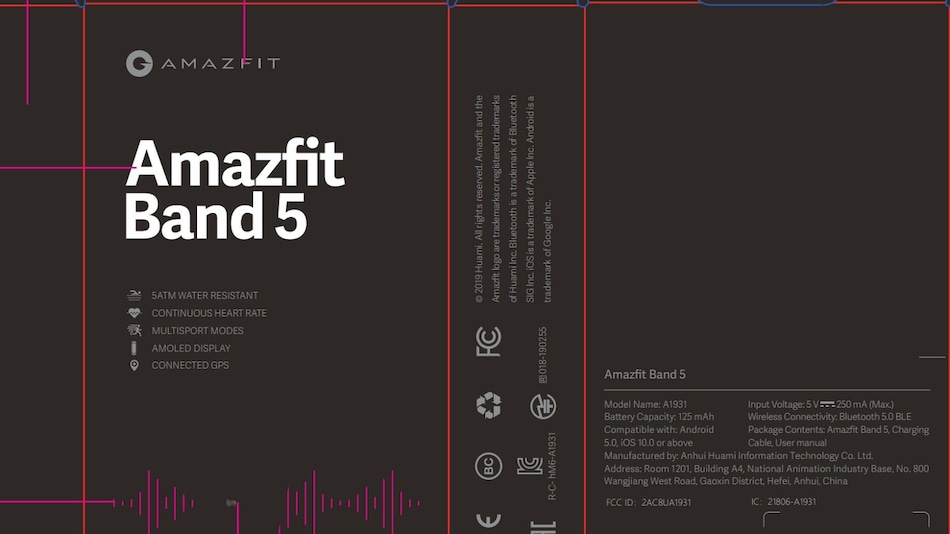 The FCC listing of the rumoured Amazfit Band 5 shows images of the alleged packaging that has a few specifications and features on it, as well as the model number – A1931. It states that the Amazfit Band 5 will come with an AMOLED display and a battery capacity of 125mAh. It will also be compatible with Android 5.0 and later as well as iOS 10.0 or above. The Amazfit Band 5 comes with Bluetooth v5.0 and the features listed on the alleged packaging material show 5ATM water resistance, continuous heart rate monitoring, multisport modes, and connected GPS. Further, there is also an image of what seems to be the settings menu of the Amazfit Band 5 and it shows a coloured display.

There is no information on pricing and availability as of yet. The FCC listing was first spotted by Gadgets and Wearables and independently verified by Gadgets 360.

Notably, these specifications are quite similar to the recently launched Mi Band 5, so it is possible that the design of the rumoured Amazfit Band 5 will draw inspiration from the Mi Band 5 as well.